On June 23, 2019, Sara Ziff found herself waiting at the Manitou Station in Philipstown to board the Metro-North train for Manhattan. She had just spent four days hiking the Appalachian Trail with friends. 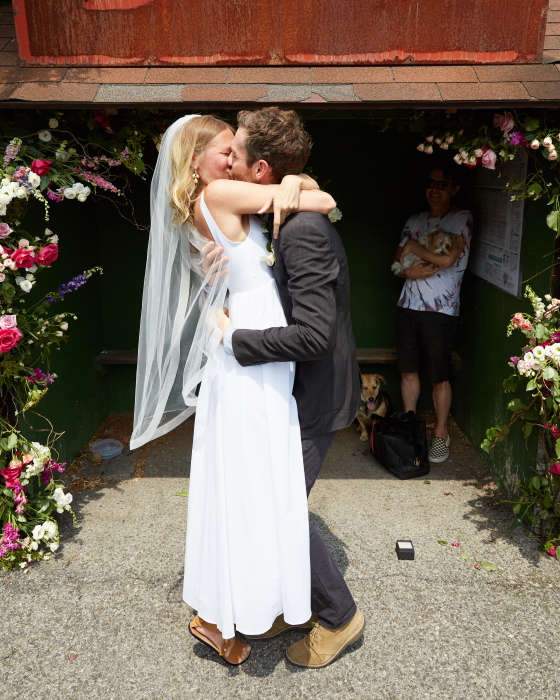 Reed Young, a photographer, was also waiting at Manitou for the southbound train. He also loved hiking, and they chatted on the platform and during the ride about their common interest. But by the time they parted ways at the Union Square subway station, Young had not asked for Ziff’s name or number, to his later regret.

Then, almost miraculously, four months later, they were matched on the dating app Hinge, where Ziff, a model and labor organizer, had just posted her profile. A year to the day after they met, they were married at Manitou Station by a friend who was ordained for the occasion.

After the ceremony, the newlyweds hiked Anthony’s Nose with their wedding guests. A month later, on July 24, their story was told by The New York Times in its Vows column.