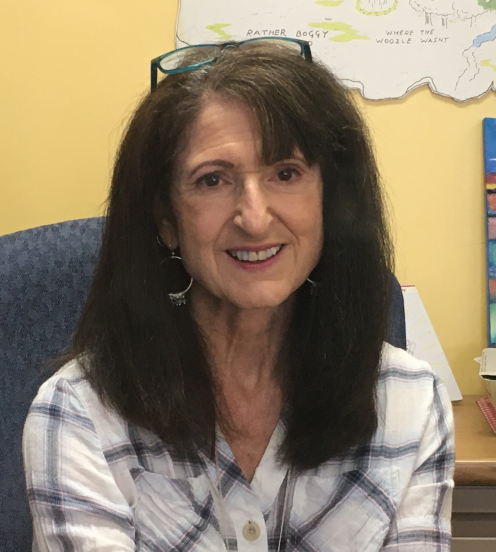 Ginny Figlia last month marked her 30th year as a librarian at the Howland Public Library in Beacon.

How did you become a librarian?

When I was younger, I never in a million years thought this would be my career. I wanted to study art, maybe become an art teacher. But I was looking for part-time work [in 1986] when my son was young, and where I lived [in Westchester County], there was an opening for a library assistant in the children’s room. That’s how I got into a library. Eventually, after I came to Beacon, I got my master’s degree in information science from the University at Albany.

What hooked you on the job?

I assumed being a librarian would be to have your nose in a book and archiving and cataloging and not seeing people. I never knew it could be this much fun. I love working with all different ages; I’m not in a classroom with one group. I love meeting families. I can be creative. I am able to do all kinds of arts and crafts.

How has programming changed?

When I started, libraries had story times, they had performers come in and they did a summer reading program. But now libraries do more afterschool programs and programs that aren’t centered on books. We’ve developed STEM or STEAM [Science, Technology, Engineering, Art, Math] activities. We include art and we have included a lot more technology.

In what ways have children’s books changed?

Children’s writing and authorship and illustrations have become a much larger field than when I started, just by adding cultures and races and religions. Parents are much more open to teaching their children about the differences and likenesses of all of us.

Have kids you’ve met returned with their own children?

The first time that happened, it was like, “Boy, do I feel old.” But it’s one of the nicest things about my job — that somebody remembers the library so fondly that they want to bring their own children. I keep in touch with quite a few kids who are adults now, which is such a satisfying part of the job.