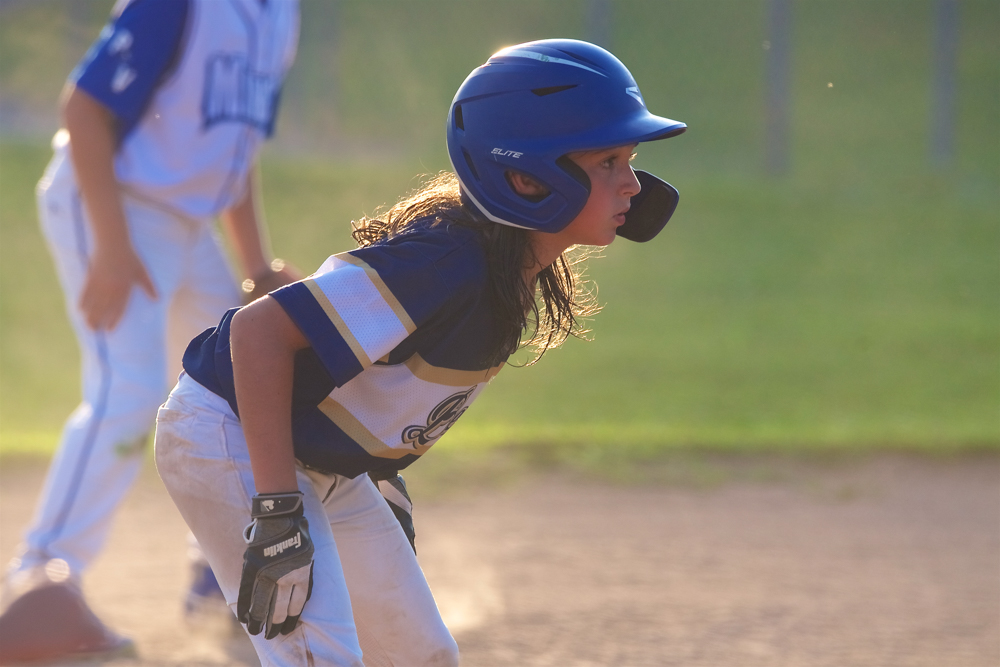 The Beacon travel baseball team of players ages 10 and younger has been searching for its first win during this abbreviated summer season, and the Bulldogs had a golden opportunity Wednesday (Aug. 12) at Memorial Park.

The Bulldogs found out the hard way that the game isn’t over until the final out, as the Miners rallied for seven runs for a 14-8 victory.

“That was a tough pill to swallow,” said Coach Jed Varicchio. “But overall, we kept the errors down. I’m proud of the way the team battled.” 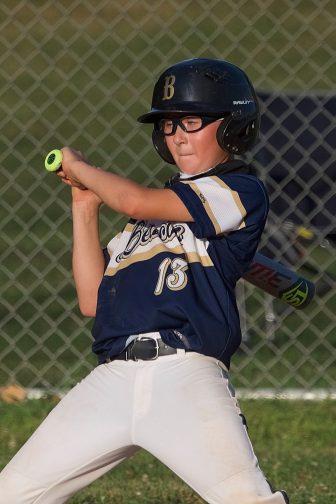 Jesse Apostolou reacts to an inside pitch.

Hudson Fontaine started the game on the mound for Beacon, followed by Nolan Varicchio, who pitched the final three innings. “Hudson was masterful,” Varicchio said. “And our defense played well behind him. Nolan came in and also pitched a great three innings.

“But we had a tough defensive sixth inning,” he added. “When you give a good team extra chances, they will make you pay.”

Jake Deluise went 2-for-3 for the Bulldogs, Caellum Tripaldi went 2-for-2 with two RBI and Connor Varicchio and Nolan Varicchio each had an RBI.

“Putnam Valley is a great team, and a great bunch,” Varicchio said. “But our team matched their hustle, and that’s why this was such a good game.”

Varicchio said his team will not participate in next week’s playoff tournament. “We are not a playoff team right now,” he said. “But we’ll come back in the fall, and work more, and get there on merit.”

The team was scheduled to host Poughkeepsie on Thursday (Aug. 13) for its final game of the summer.