Richard Saunders, who owns Hudson Rogue, a framing and fine art prints shop in Nelsonville, is a former pilot and flight instructor. 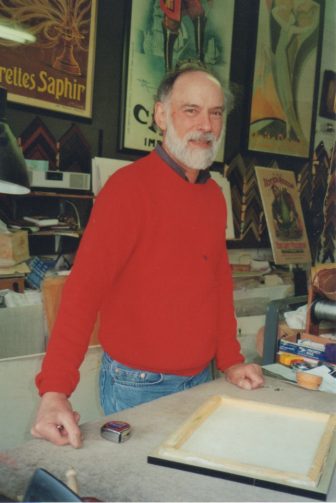 What was more nerve-wracking: flying or teaching others to fly?

I had close calls in both. I was flying along one day in my single-engine Cessna, somewhere over Rockland County at about 1,500 feet, building time [getting flight experience], when a little red airplane zipped by my wing. When I came back down, the airport called the FAA [Federal Aviation Administration]. It turned out that there was a model airplane club and it was not supposed to fly planes at that altitude; they were reprimanded.

I loved to fly at night because it was calm. The downside is that, in an emergency, it’s hard to find a place to land. I was flying one night south of Teterboro, New Jersey, building time, when this row of lights loomed up in front of me. I realized it was a jet, coming into Newark airport. I immediately hit his wake turbulence — that’s the air that spirals off the wings — and my plane made a sharp roll to the left. I flew off my seat and my head hit the ceiling before the plane righted itself. Those moments were a little hairy. The radar at Newark should have picked me up and let me know, but I never heard from them.

As for instructing, I had a couple of interesting students. One guy had just left the Army after serving as a helicopter pilot in Vietnam. He had 12,000 hours flying but no wing experience. During the first lesson, he practically came straight down on the landing. I had to tell him, “Louie, this is not a helicopter!”

I had to have students practice emergency landings, which meant getting up there, turning off the power and having the student “trim the airplane” so it would glide as far as it could. The first thing you do in an emergency is fly the airplane. Something could be on fire in the cabin, but you deal with flying. After trimming, you look for place to land. The best places are either a highway or a golf course with a long fairway. Once we reach tree level during the practice, I restore the power and we pull up and leave. It was always something to see the golfers running for the woods.

Did you aspire as a kid to be a pilot?

Not really. My wife used to work for TWA, so we got a lot of free travel. I used to look at the pilots and think, “Maybe I could do that.” I began taking lessons. I trained at Teterboro Airport, which was the busiest general aviation airport in the country — it’s like a zoo — and obtained my private pilot license, my commercial license, my instrument rating and flight-instructor certification. 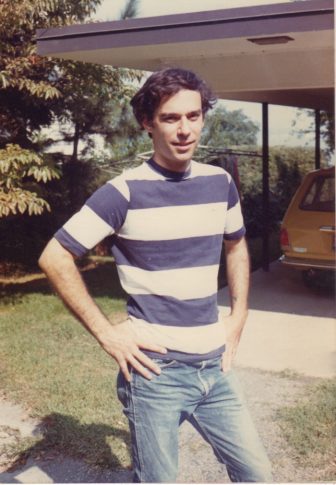 Saunders during his flying days

Do you remember the first lesson you received?

You’re on the ground with the instructor talking to you. The second lesson you get in the airplane. My first thought was, “This is like a sardine can.” We took off and it was cool, a new sensation, to be sure. The instruction planes have dual controls. You have to coordinate your feet and your hands. Your feet operate the rudder, which is the vertical stabilizer. What surprised me the most was the extra dimension: in a car, you can’t go up and down or sideways.

What about your first solo flight?

That’s probably when you get the most anxious. When you get the number of flying hours you need [for your license], you make an appointment with an FAA examiner who goes with you. The guy who examined me opened the door on his side of the plane during takeoff. The noise was deafening. He probably did it just to see how I would react.

Why didn’t you continue flying?

It was the 1970s. The Vietnam War was ending and all these guys were getting out of the service with tons of experience flying jets, and there was me in my Cessna. The timing was bad. I’m glad I stopped, because I didn’t love it. It wasn’t my life’s work. And the companies don’t make any money when their planes are on the ground, so they want you flying through wind, snow, etc., getting banged and bounced around. It’s a tough way to make a living.

What did you do next?

I worked in New York City at B. Altman, which is where I learned framing and printing. That’s another story.

Do you still fly from time to time?

No. I’m not sure what the rules are. It used to be that pilots’ licenses never expired, but you had to pass a physical. Every once in a while I think about flying again, but I’m happy to sit back [as a passenger] with a book and a soda and let someone else do it for me.