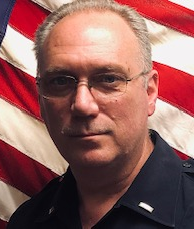 The council voted unanimously to appoint Lt. Sands Frost, a 37-year Police Department veteran, as its acting chief, to succeed William Cornett, who resigned on Monday, six weeks after being named the department’s temporary head.

Cornett, who retired from the Beacon force in 2002, was appointed on July 6, the day before the retirement of Kevin Junjulas, a Cold Spring resident who had been chief since 2018.

Cornett’s appointment was met with immediate pushback. The vice president of the Beacon Patrolmen’s Benevolent Association, the union that represents city officers, dismissed Cornett as a friend of Mayor Lee Kyriacou and said he lacked certification for the job.

On Monday, Kyriacou said that he asked Cornett to step in when “the council faced the option of not having an internal candidate” for the interim job. Shortly thereafter, Frost expressed interest in the position, Kyriacou said, which was “a bit of a surprise to everyone.”

Frost’s appointment is good for 90 days, which Mayor Lee Kyriacou said “we hope will be sufficient” to bridge the gap until the city names a permanent chief.

The council also adopted a lengthy resolution announcing its plan for the “evaluation and rethinking of community public safety services.”

The resolution includes nearly a dozen policy changes in all, some of which are similar to the list of “demands” issued by the Beacon 4 Black Lives group two weeks ago. It will be implemented concurrently as the city creates the state-mandated police reform plan that’s due next spring, Kyriacou said.

What the Resolution Calls For

The Beacon City Council’s resolution assigns a to-do list for city officials to carry out policy changes in the Police Department. Officials must also create a multi-year plan for implicit bias training for all municipal staff, including police.

The resolution calls for the new chief to begin his or her tenure “with a thorough review of police training, culminating in a data-driven set of recommendations for improving” the department’s training and measuring its benefits.

It also directs the new chief to examine the city’s policy on psychological supportive care for officers and calls for a multi-year schedule for implicit bias training for all city staff, including police.

While Beacon 4 Black Lives and activist organizations nationally have called for municipalities to “defund the police,” the resolution uses slightly different language, noting that, as its changes are implemented, the council will consider the multi-year implications of the policies “with the intention to redirect cost savings toward community investments.”

The resolution, which passed unanimously, is “not intended to be anti-police,” but to be “supportive of the whole community,” said Council Member Air Rhodes, who drafted much of its language. 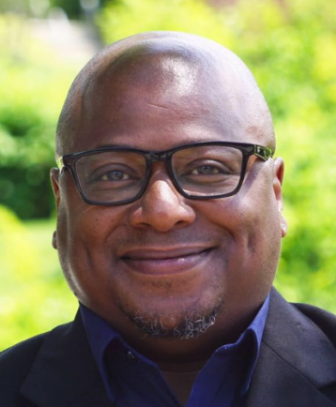 Beacon officials on Monday asked community members to complete an online survey about their experiences with the Police Department and what they would like to see in the city’s next chief.

On Wednesday (Aug. 26), Beacon City Council Member Terry Nelson, who chairs the committee that is overseeing the search for a new chief, will speak with Beacon Editor Jeff Simms in a Current Conversation scheduled for 7 p.m. by Zoom. highlandscurrent.org/current-conversations.

Several residents called into the videoconferenced meeting to express their support, although another, Theresa Kraft, called the resolution “overcomplicated rhetoric, and not worth the paper it’s written on,” before asking, “What happens when a situation escalates and there is no one with police training at the scene?”

In June, in addition to the executive order requiring 500 jurisdictions statewide to come up with plans for reforming their police departments, Cuomo signed into law the Say Their Name agenda, which allowed the public and media to receive the disciplinary records of officers; banned chokeholds; prohibited false, race-based 911 calls; and designated the state attorney general as an independent prosecutor to investigate the deaths of unarmed civilians caused by law enforcement.

The governor’s office on Monday issued its latest guidelines for police reforms, saying that local officials “must work together with the community and their police forces to develop and implement reforms for a safer, fairer policing standard.”

The new state guidelines, which fill 139 pages, outline ways that communities can determine the role of their police departments, as well as appropriate staffing and budgeting. The guidelines also dig into community policing and strategies for addressing racial disparities, and for creating community-oriented leadership and a culture of accountability.

Gov. Cuomo’s order requires that police leadership; community members, with an emphasis on representatives from heavily policed areas; nonprofit and faith-based groups; and district attorneys’ and public defenders’ offices must be among the groups involved in the review of a municipality’s law-enforcement policies.

This week, the governor’s office said that municipalities must:

The directions conclude with a primer on recruiting and supporting “excellent personnel,” along with strategies for developing a collaborative reform plan.

In response to the governor’s order, Dutchess County formed a Police Reform & Modernization Collaborative, which has been charged with creating a unified and reformed countywide law enforcement plan. County Executive Marc Molinaro last month created a Community Stakeholder Workgroup and a Municipal Leaders & Police Chiefs Workgroup to guide the process. In addition, Putnam County on Aug. 13 held the first meeting of its Police Policy Review Panel.