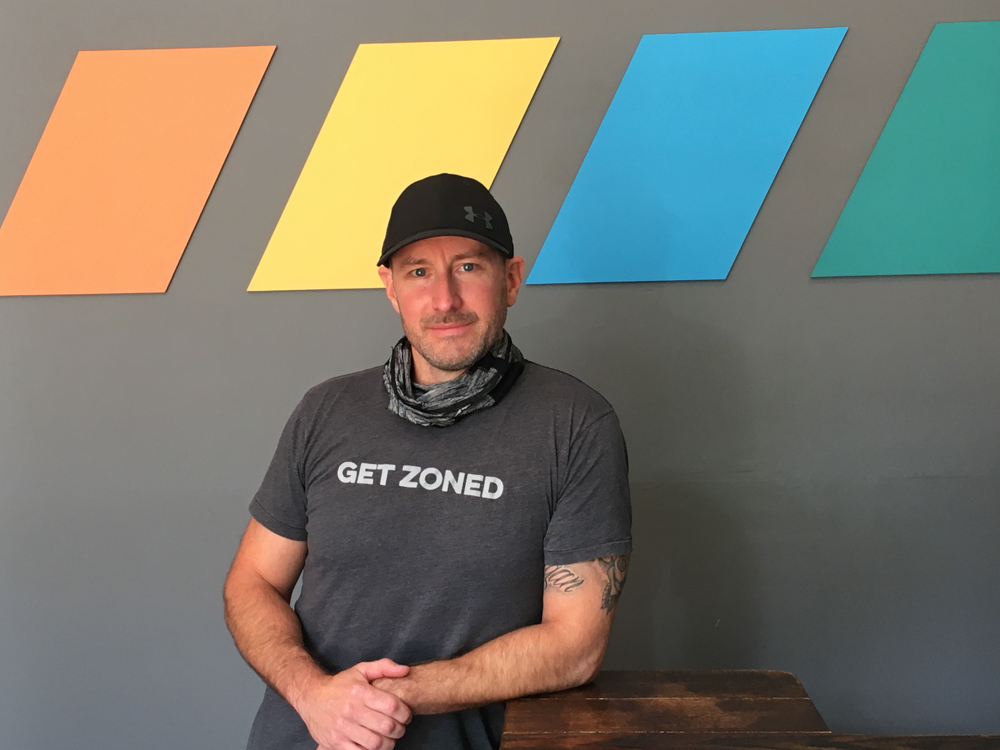 Keith Laug plans to reopen Zoned Fitness in Beacon on Monday (Aug. 24) for the first time in more than five months.

Keith Laug, who owns Zoned Fitness in Beacon, was watching when Gov. Andrew Cuomo announced Monday (Aug. 17) that gyms and other fitness centers could reopen after being ordered closed for the past five months to prevent the spread of COVID-19.

For Laug, the announcement was both long-overdue and just in time.

“We were on the edge for a while,” he said. “There was a couple of times I contemplated just shutting it down.”

Under Cuomo’s order, gyms and fitness businesses like pilates and yoga studios can reopen by appointment only beginning Monday (Aug. 24), with capacity limited to 33 percent, masks required, mandatory inspections by the local health department and minimum requirements for air filtration and ventilation.

The announcement came just over a month after the state reversed plans to let gyms reopen in July, a decision that prompted a class-action lawsuit.

Laura Abby, who co-owns The Studio @ Beacon with her wife, Samantha Abby, said reopening “feels daunting” — in part because fitness businesses have to invest in safety and health measures, such as air-filtration systems, after months of generating little revenue. In addition, she said, clients may be afraid to return.

The state has “done a really good job of scaring people into thinking that gyms are where you’re going to go to get COVID,” said Laura Abby.

In addition to capacity limits and masks, the state guidelines mandate that customers be screened for COVID-19 symptoms and maintain 6 feet of social distancing, and that equipment be cleaned between uses. It forbids the use of shared water fountains and communal showers. 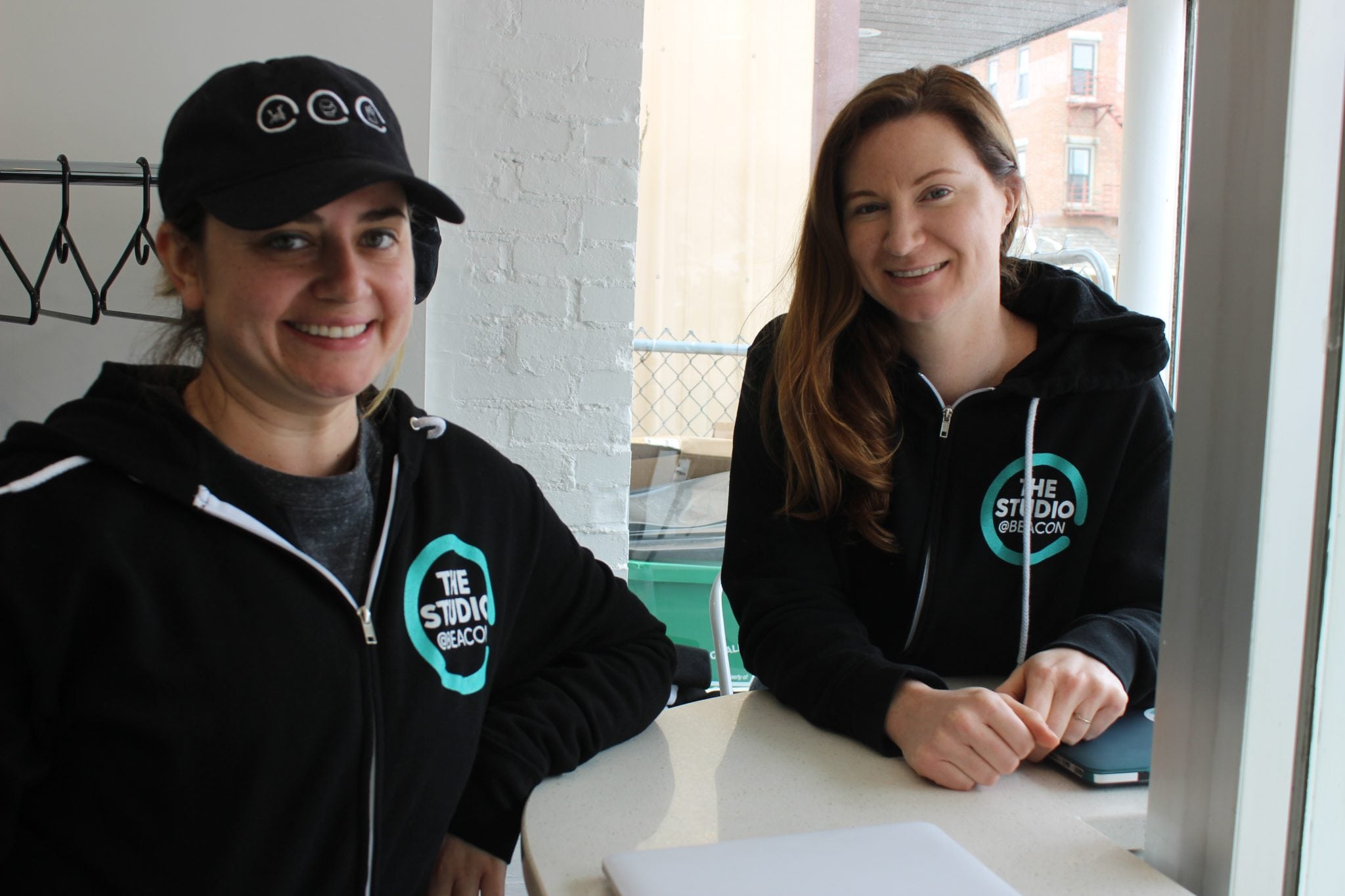 Samantha and Laura Abby (File photo by A. Rooney)

While gyms can allow customers inside on Aug. 24, Cuomo’s order gives local elected officials the power to keep them closed until Sept. 2 so health departments have time for the required inspections. The resumption of indoor classes could be postponed beyond that date.

Laug said he plans to start with one-on-one training sessions and transition to small groups of five people or fewer. Before the pandemic, he would hold group classes with at least 10 customers, he said.

The Studio @ Beacon specializes in spinning and boxing classes, said Laura Abby. One of the changes, she said: The business will not allow customers to use its loaner boxing gloves.

The Abbys and Laug have been contacting clients who they know are eager to return.

“We took a big hit — in the business and personally — and it’s going to take a lot of work to get back,” Laug said. “But with it opening next week, I feel confident.”

Cuomo’s announcement ended an ordeal that began on March 16, when he ordered gyms closed as COVID-19 cases accelerated around the state. Six days later, the shutdown was expanded to cover all businesses deemed “nonessential,” including retail shops, cultural sites and museums.

Those businesses began reopening in May under a four-phase regional plan crafted by the state. Its plan initially included fitness businesses in Phase 4, which began in Dutchess, Putnam and five other Mid-Hudson Region counties on July 7.

Two weeks before Phase 4 was scheduled to begin, the Abbys were preparing to reopen — figuring out how to use their space safely, sourcing cleaning supplies and reconfiguring The Studio @ Beacon’s schedule to make room for cleaning between classes.

Then, on June 25, Cuomo announced that gyms would remain closed, giving no precise date for when they could open.

“That pulled the rug from out under us,” said Laura Abby.

A class-action lawsuit on behalf of frustrated gym owners was filed on July 9 in Jefferson County against Cuomo and Attorney General Letitia James. James Mermigis, the attorney for the plaintiffs, alleged that the shutdown deprived gym owners “of their liberty and property interests without due process” and sought $500 million in compensation and the right to reopen.

The case was set to begin with oral arguments on Thursday (Aug. 20). In light of Cuomo’s announcement, Mermigis withdrew a motion for a preliminary injunction against the governor’s closure order.

In addition to the lawsuit, state Sen. Sue Serino, whose district includes the Highlands, and Marc Molinaro, the Dutchess County executive, publicly lobbied for fitness centers to be allowed to reopen.

“This is an important step forward, but there are still thousands of businesses across the state — including movie theaters, wedding venues, caterers and more — that are without answers,” Serino wrote on Facebook on Tuesday (Aug. 18).

One thought on “Gyms Get OK to Open”