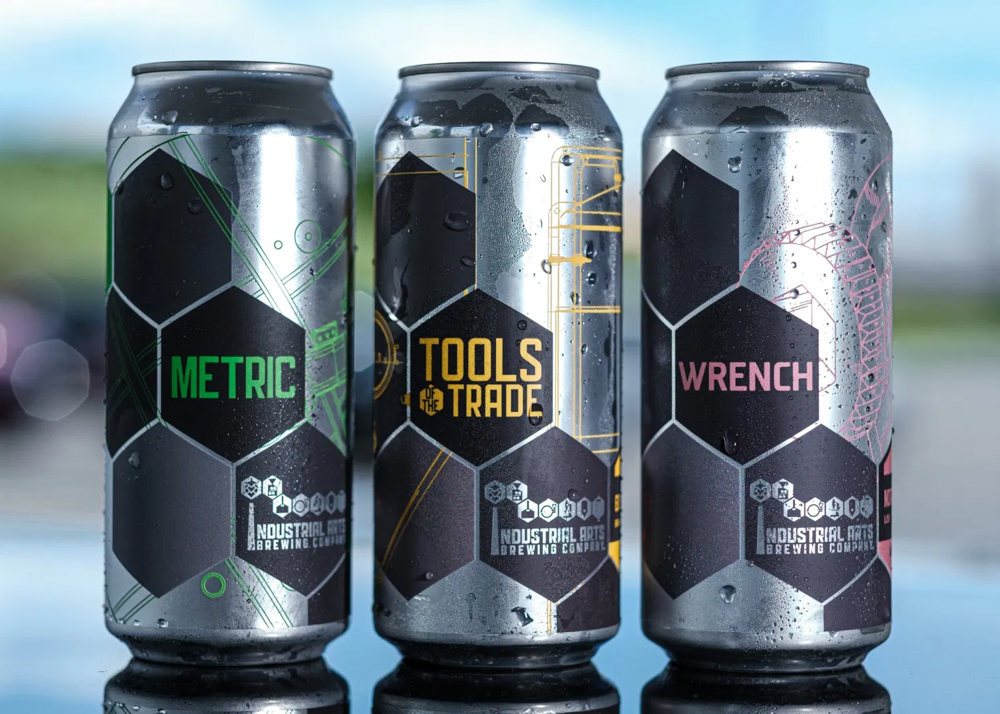 The brewery’s beers have an industrial theme. (Photo by Tim Huey / 61BrewThru.com)

“It was way better than it should have been,” he recalls. “And I assumed this business was easier than it is. “

The 46-year-old Cold Spring resident’s initiation into beer as a business came as a restaurant and brewery worker in the 1990s in the western U.S.

On Wednesday (Aug. 18), he marked the fourth anniversary of his transition from brewery worker to brewery founder.

On that date in 2016 he opened his brewery and tap room in Garnerville, a hamlet in Rockland County. Wednesday was also the first anniversary of the launch of the tap room at Industrial Arts’ second facility, on Beacon’s east side.

O’Neil had hoped to set up shop in Beacon initially but a deal fell through in 2015. Determined to find a facility of up to 20,000 square feet, but one that didn’t require “a painful commute” from Cold Spring, O’Neil says he used a sophisticated technique to select Garnerville.

The Garnerville site is part of an expansive, once-thriving 19th-century industrial complex, much of which has been repurposed. Industrial Arts occupies a former textile mill that produced uniforms during the Civil War.

It has proven to be a good location. “It’s been great,” he says. “There was very little local beer in Rockland five years ago; we’ve turned a lot of people on to tasty beer.”

So, why a second brewery in Beacon? 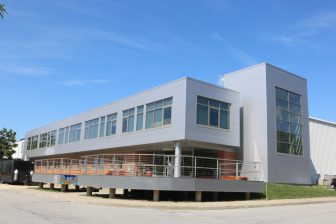 “We’ve outgrown Garnerville; it’s running at capacity,” O’Neil says. He realized a couple of years ago the company was operating ahead of its plan and had to either cap production or grow.

He opted for growth. “We’ve had a good run,” in Garnerville, he says. “We distribute in every state from Pennsylvania to Maine; it’s happened organically and quickly.”

Garnerville will continue, but Beacon will become the brewery’s headquarters, a move that is more about production than a shorter commute for O’Neil. Garnerville produces 24,000 brewer’s barrels (which are 31 gallons each) annually. Beacon will be able to produce up to 100,000 barrels a year.

Wrench, a New England-style India Pale Ale, is Industrial Arts’ flagship brew. Several of its other beers draw their names from the industrial theme, including Tools of the Trade, Power Tools, Metric and Pocket Wrench.

The Industrial Arts brand itself reflects the character of the Garnerville site. In addition to the brewery, the former industrial area has more than 100 tenants, including numerous artists, from potters to cabinetmakers. To O’Neil, the name also hints at the many trades required to establish a brewery. When he first thought of Industrial Arts, he called his wife for her reaction. “She said, ‘Don’t tell anybody else until it’s trademarked!’ ”

O’Neil says he is especially proud of the company’s Landscape line of four seasonal lagers made with New York state ingredients, with profits donated mainly to environmental and agricultural organizations.

“We embrace the special responsibility that comes with the 21st century,” he says. “We are working hard on how to respond to the current climate and to be a more philanthropic business.”

The next phase of growth will see the brewery “embrace all sorts of community initiatives,” O’Neil says.

He wants the Beacon facility to become an integral part of that city’s life as the company evolves to be more hospitality-oriented. “We hope to be a community hub, a gathering place and an event center,” he says. “It will be great for weddings, high school reunions and the like.” 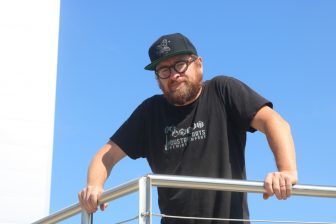 Jeff O’Neil at the Beacon facility (Photo by M. Turton)

That could happen in a year or so but O’Neil also wonders if it will take society longer to get back to normal in the wake of COVID-19.

While the pandemic caused uncertainty, the brewery was well-positioned to endure, in part because it is able to can its beer and doesn’t rely solely on tap beer that goes to bars and pubs.

“We had two or three weeks where we slowed down when things were uncertain; we sold through our finished goods,” O’Neil says. But orders kept coming in steadily and in the midst of the coronavirus, Industrial Arts launched distribution throughout New England.

“People did not stop drinking, and we made some pivots,” he says. New York State relaxed some of its alcohol laws, including allowing breweries to make home deliveries while people sheltered in place.

Retail sales in grocery stores have remained strong through the pandemic. “No one is going to stop going to the grocery store,” O’Neil says. “Having a recognizable brand in that setting has kept us afloat.”

The biggest challenge has been the on-premise part of the beer industry. “Bars, restaurants and tap rooms are in big trouble,” O’Neil says. He fears for businesses reliant on walk-in customers that are not set up to do take-away business.

Industrial Arts has not yet reopened its tap rooms in Garnerville or Beacon but offers pickup at both sites.

While beer continues to sell well nationwide, it faces a new challenge from within the beverage industry itself: hard seltzer. “It’s the only thing outpacing IPAs,” O’Neil says. “Hard seltzer is the biggest, most disruptive phenomenon; small brewers are starting to make local seltzers now.”

As in Garnerville, Industrial Arts’ Beacon facility is slated to be outfitted with state-of-the-art brewing equipment manufactured in Germany. If all goes as planned, it will pour its first beer in spring 2021.

“We’re on track to be in the top 100 breweries in the country over the next few years,” O’Neil says.