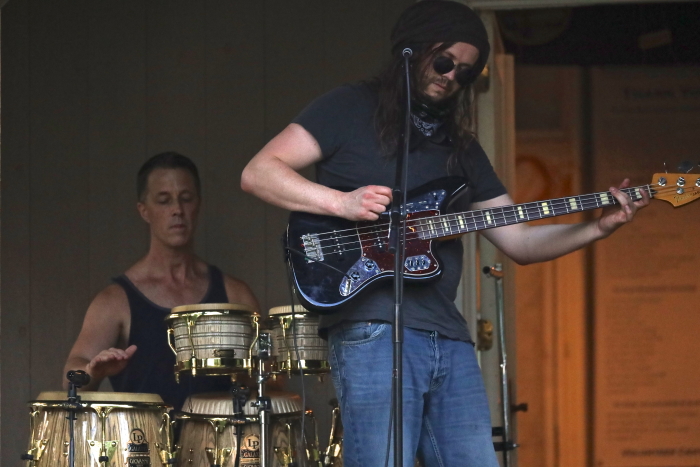 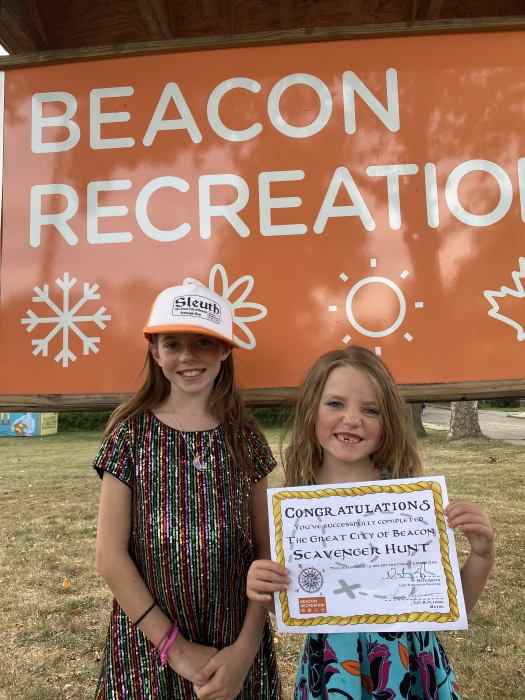 ON THE HUNT — Edie Giunta, 9, and her sister, Oona, 6, were the first finishers of the Great City of Beacon Scavenger Hunt, a five-week quest that sent children (and parents) all over the city seeking clues related to businesses and cultural institutions. The hunt was organized by the Recreation Department as an alternative to Camp @ the Camp, which was shuttered because of COVID-19. The first 50 finishers will receive a proclamation signed by Mayor Lee Kyriacou and the Sleuth hat worn here by Edie. (Photo provided) 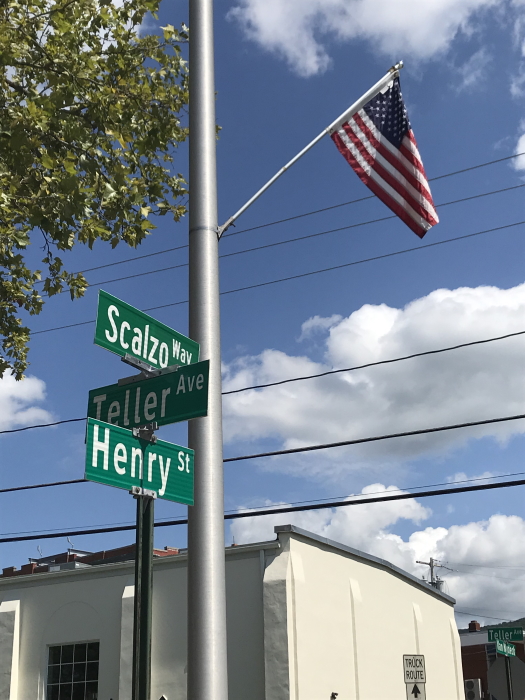 FAMILY HONOR — Beacon officials recently installed an honorary street sign naming the stretch of Henry Street between Teller Avenue and South Chestnut after the Scalzo family, which owned homes there for nearly a century. One family member, Anthony Scalzo, was the only soldier from Beacon to die in the Korean War. (Photo by Jeff Simms)