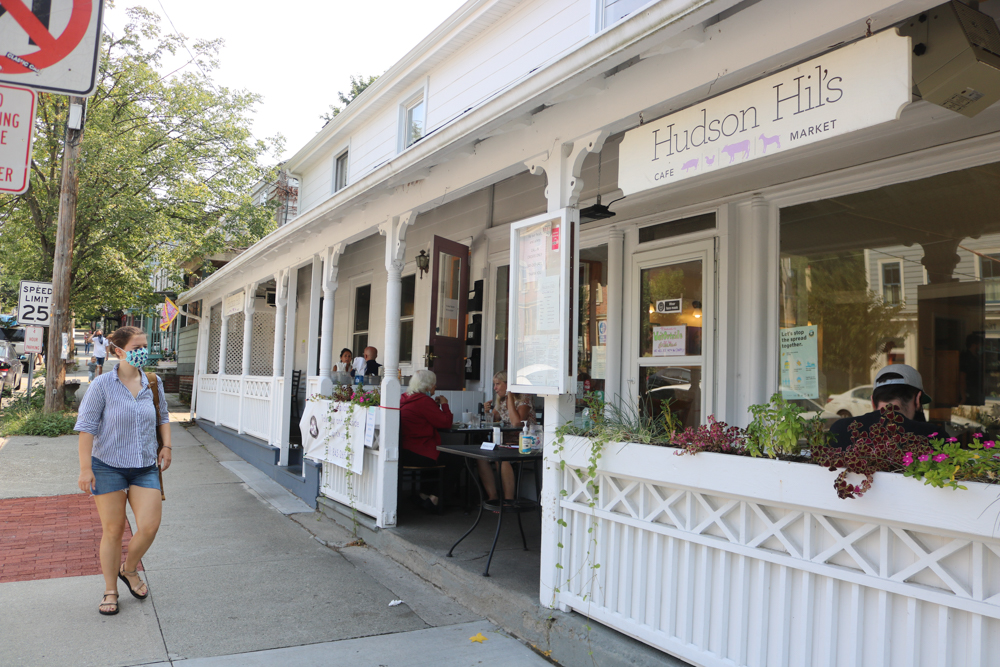 Hudson Hil's, which opened on Main Street 12 years ago, is for sale. (Photo by M. Turton)

The Hudson Hil’s Cafe, one of Cold Spring’s most popular restaurants, is for sale. Owners Bob and Hilary Hayes have also put their Garrison home on the market.

The restaurant remains open for business and Hilary Hayes says it hopes to return to pre-pandemic hours of service in the near future.

“We’re testing the waters,” Bob Hayes said this week. “There are a lot of people who want to be out of the city and up into this area. This is not a fire sale by any means.”

The couple, who opened Hudson Hil’s 10 years ago, own the building at 129-131 Main St., which includes the cafe and market and two second-floor apartments. It is listed by Houlihan Lawrence Commercial for $1.65 million.

In the meantime, it will be business as usual. “Nothing’s changing,” Hayes said. “We’ve lost enough restaurants in this town.” If the building sells, he said it would only be to another restaurateur.

Hayes said the COVID-19 pandemic was like “a punch to the stomach,” and that March and April were particularly bad. “Customers are coming back faster than the employees,” Hayes said, adding he thinks it’s a combination of concerns about COVID-19 and the security of unemployment benefits.

2 thoughts on “Hudson Hil’s for Sale”