David Hollander, who earlier this year (just before COVID-19 caused widespread shutdowns) debuted his first musical, The Count, at the Philipstown Depot Theatre, is now priming for the release of his second novel, Anthropica, which will be published on Tuesday (Sept. 1). 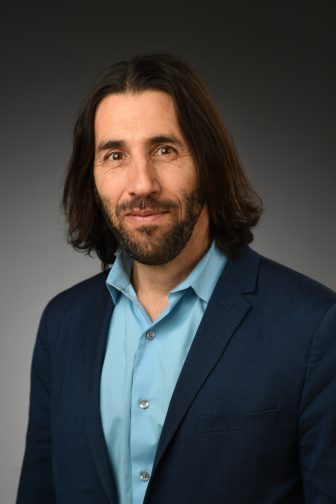 Hollander, who lives in Cold Spring, describes Anthropica as “a big apocalypse comedy taking on climate change, artificial intelligence and the absurd politics of academia.” The protagonist is Laszlow, “who believes human beings are a stain on God’s otherwise perfect universe,” the author says. “One of the key players who joins his team is a scientist who has determined that human beings exhaust the earth’s resources every 30 days.”

There are also robots “locked up in a hangar in South Korea,” the author notes.

The novel, overall, is “about Laszlow pursuing the people and ideas he needs in order to bring his ideas to fruition,” says Hollander, who has taught fiction writing in the MFA program at Sarah Lawrence College for two decades. “There are 50 characters. It’s structurally wild, with chapter-to-chapter spacing and harmonic convergence where all these elements come together.”

Beneath the “madcap structural conceits and layers of irony” is a “compassionate book about people who wish they could make everything seem like it doesn’t matter, because it matters to them,” says Hollander. “The nihilism is a smokescreen for the desire to take care of people and the world.”

He says that while he wrote the novel before the pandemic, it shares “the general feeling we all have right now of being perched on the lip of something awful, trying not to go over the edge.

“I wouldn’t want to write directly about the pandemic,” he adds. “I have this feeling that it would immediately feel either self-indulgent or false, or maybe both. The earliest fiction about 9/11 seemed to me to be in bad taste. It had to live inside of us for a while before it could be processed in a way that didn’t seem superficial or take shortcuts.” 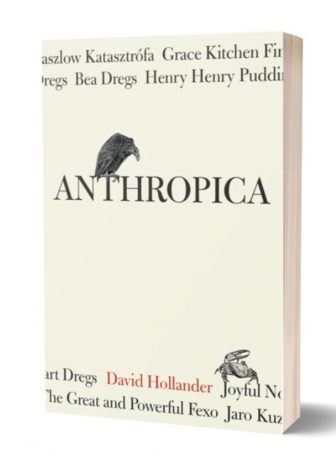 Hollander’s first novel was published 20 years ago; he’s written others since, “but nobody wanted them!” he says with a laugh. “This one, too, I thought would go unpublished. It’s experimental. Publishers would say, ‘I love it, but I’d never be able to get it through my people,’ but then one of those people, Katie Rainey, started her own company, Animal Riot Press, and said she wanted to publish it.”

His contributions to The Count — which was supposed to be performed at the Triad Theater in Manhattan after its Garrison debut but became a casualty of the quarantine — were the dramatic episodes that took the characters from song to song. It was his first attempt at playwriting, and Hollander says he found that, as a writer of short stories and novels, “writing the monologues was harder than writing dialogue.”

His first novel, L.I.E., was “a coming-of-age story run through a postmodern filter,” Hollander says. “It was about a group of post-high school adolescents from the lower-middle-class suburbs of Long Island — kids without a lot of hope and a limited palette to choose from. The main character is becoming aware of the fact that he’s a character in a book. Should he tell others? Does it matter? Is there a difference between free will and the illusion of free will?”

Those are the sort of questions Hollander was aiming to explore, but he found “in the end the reactions from readers and reviewers were focused on the depiction of spiritual bankruptcy and suburban malaise. The heavier or more philosophical questions I was interested in were invisible to most readers, with a few exceptions here and there. What I learned was that once the book was out there, my intentions didn’t matter anymore.

“What’s interesting,” he says, “is that nowadays, when students of mine come across and read L.I.E., they seem to get exactly what I was doing. I’d like to think I was ahead of the curve. What’s more likely is that the undergraduates at Sarah Lawrence are just exceptionally good readers!”

At the moment, Hollander is working on a lengthy essay “about how I’m publishing my second novel 20 years almost to the day after my first, trying to look at how much failure I’ve suffered as a writer between those two points, and how it tempered my work, and how I had to surrender all hope of success before any success was actually possible.”

A virtual launch for Anthropica, with Hollander in conversation with writer Rick Moody, will take place at 7 p.m. on Sept. 11. Register at bit.ly/hollander-event. Signed copies are available from Split Rock Books in Cold Spring (splitrockbks.com).