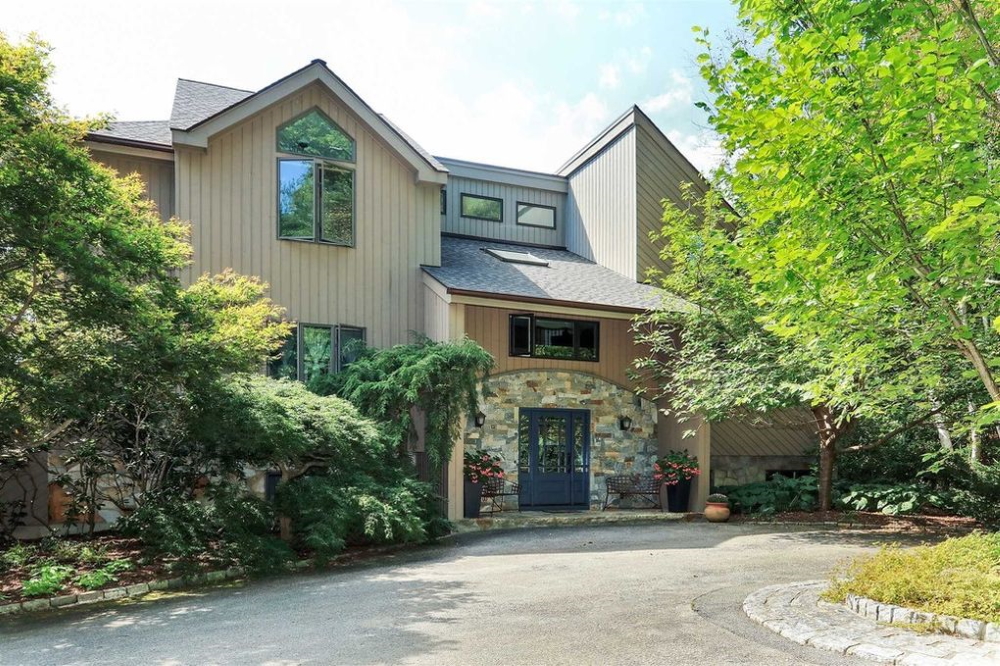 The sale of a five-bedroom, 6,000-square-foot house on 4.6 acres in Garrison for $2.75 million could be the most expensive residential transaction this year in Philipstown.

But maybe not for long.

The Moog Road property’s purchase represents a surge in sales of “luxury” homes — those selling for $1 million or more — in Philipstown over the summer.

Christine Colasurdo of Garrison Realty Group and Bill Hussung of Robert McCaffrey Realty recalled just two Philipstown properties selling for more than $1 million in all of 2019. This year there have been at least 14, with buyers seeking primary residences instead of getaway second homes.

Fueling the rise in activity — after months during which real-estate agents could not show homes in person because of COVID-19 restrictions — is the well-documented, pandemic-fueled exodus of residents of New York City (particularly Brooklyn) to the Mid-Hudson counties, Long Island and New Jersey.

Signed contracts for condo sales in Manhattan were 38 percent lower in August from a year ago and 26 percent lower for co-ops, according to a report from Miller Samuel Real Estate Appraisers & Consultants.

An hour north of Manhattan, the median sales price for homes in Philipstown in July was $790,000 versus $500,000 in July 2019, according to data compiled by the Hudson Gateway Association of Realtors.

“There are bidding wars galore, and there’s cash coming that you didn’t expect to see,” said Colasurdo. “People are coming, they have it and they’re buying.

“It’s been an amazing turnaround for us in this industry,” she said. “We needed this so badly — all of us.” 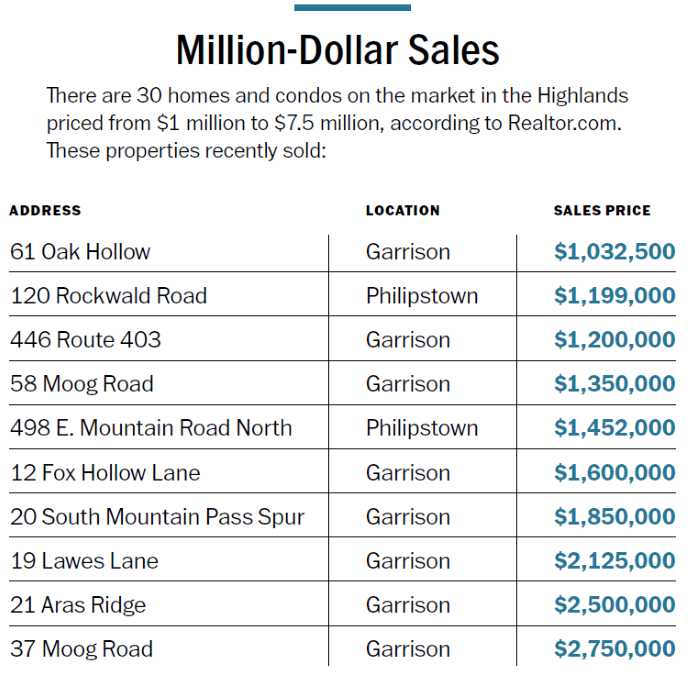 Eighteen sales closed in Philipstown in July, up from four in June and seven in May, according to HGAR. They included a home on Route 403 in Garrison that sold for $1.2 million and three homes that each sold for more than $900,000.

So far in August, at least two properties have sold for more than $1 million — another on Moog Road that went for $1.35 million and a Philipstown home on Rockwald Road that sold for $1.2 million.

In addition to the $1 million-plus homes, a list of closed sales shows that another 12 properties in Philipstown and Garrison have sold for between $700,000 to $995,000.

“For the first time in a decade, the luxury market up here is active,” said Hussung. “And it’s getting busier.”

While buyers are “looking for the tranquility of what we’ve got here,” they also want homes with enough space for home offices, said Colasurdo.

“Folks have always come here as a weekender place, but now they’re realizing that so many of the offices will not be opening again in the city and they’re used to working remotely,” she said.

Some higher-priced properties are selling for less than the original asking prices, but they usually have been for sale for a long time, Hussung said. He said a property that sold this year for $2 million had been on the market for five years.