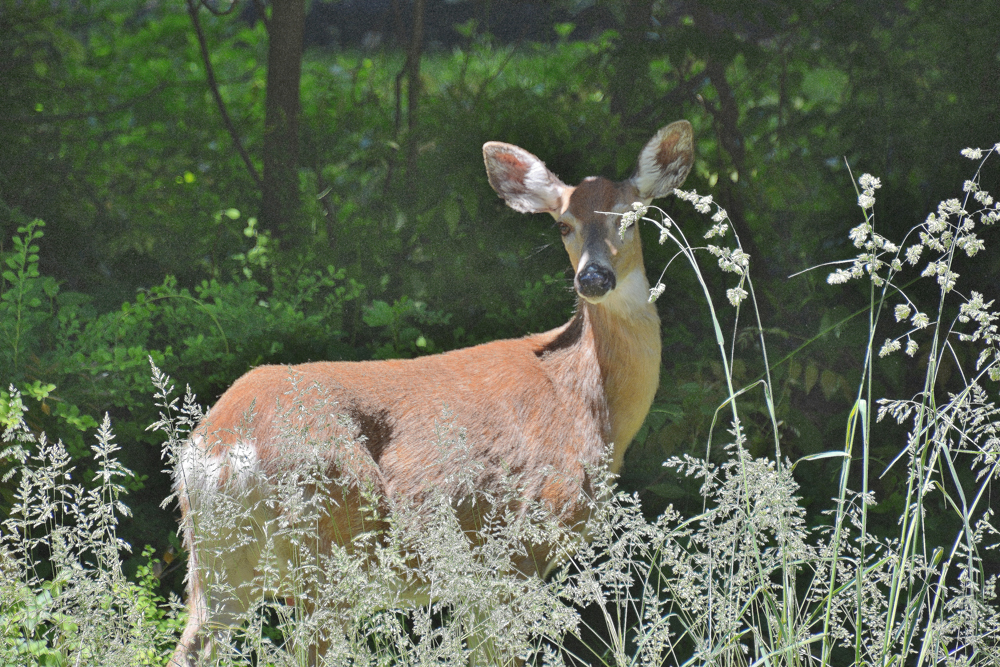 The usual summertime smells of fresh-cut grass and grilling hamburgers have been replaced by the stench of rotting animals for the past two weeks around Cold Spring and Nelsonville, where residents have encountered dozens of dead white-tailed deer.

After conducting tests, the state’s Department of Environmental Conservation (DEC) confirmed late last week that the deaths are the result of Epizootic Hemorrhagic Disease, a rare viral disease spread by the bites of midges — small, flying insects sometimes referred to as gnats or “no-see-ums.” It’s the first known case of the virus in Putnam County.

As of Wednesday (Sept. 9), the DEC had confirmed 32 EHD fatalities in the Cold Spring area and 26 across the Hudson River near Goshen. Although confirmed cases have so far been confined to those two localities, officials warn that, depending on the movement patterns of the local midge population, the disease could be spreading. On Wednesday, the DEC received a report of a deceased and rapidly decomposing deer found by Fishkill Creek in Beacon’s Madam Brett Park.

The disease is not transmissible to humans and only affects white-tailed deer, mule deer and pronghorn antelope, the latter two of which do not live on the East Coast. But while humans, their pets and other local animals may be safe from the disease, its effect on deer is horrific, with a high mortality rate.

After a deer is bitten by a midge carrying the virus, it takes about seven days for symptoms to appear. Once they do, the end comes swiftly, usually 8 to 36 hours after being affected. Besides acting disoriented, appearing lame and losing their normal fear of humans, infected deer have high fevers that cause extreme thirst, which is why most deceased deer are found near water sources (one of the first reported cases was a doe found in a Putnam County lake). Other visible symptoms include swelling of the head, neck, tongue and lips.

There is no known cure or effective management plan for the disease. The only remedy is to wait for the first hard frost of the season to kill the midges and end the outbreak, usually occurring around mid-October in the Highlands.

The disease first appeared in New York State in 2007 in Albany, Rensselaer and Niagara counties. Another outbreak occurred in Rockland County in 2011. The disease is most likely to occur in late summer and early fall, when the midge population is most active, and is usually confined to the American South, where decades of EHD have resulted in much milder outbreaks with low fatality rates.

Officials from the DEC said that the leading theory on how infected southern midges make their way to New York state is via hurricanes and tropical storms, such as Tropical Storm Isaias, which battered the Highlands in early August.

That theory would also explain a 2011 outbreak in Rockland County that occurred shortly after Tropical Storm Harvey passed through the area. Hurricane Irene ended that outbreak a few weeks later. It’s expected that EDH will become more common in New York as climate change continues to alter existing weather patterns.

Despite EHD not being transmissible to humans, the DEC still urges precautions. Deer that succumb to EHD decompose at a much higher rate than normal as a result of weakened blood vessel walls and an elevated body temperature from fever. This leads to extremely rapid meat spoilage, so infected deer should not be eaten.

Residents should contact the wildlife department at the DEC’s Region 3 office in New Paltz by calling 845-256-3098 to report sick or dead deer.