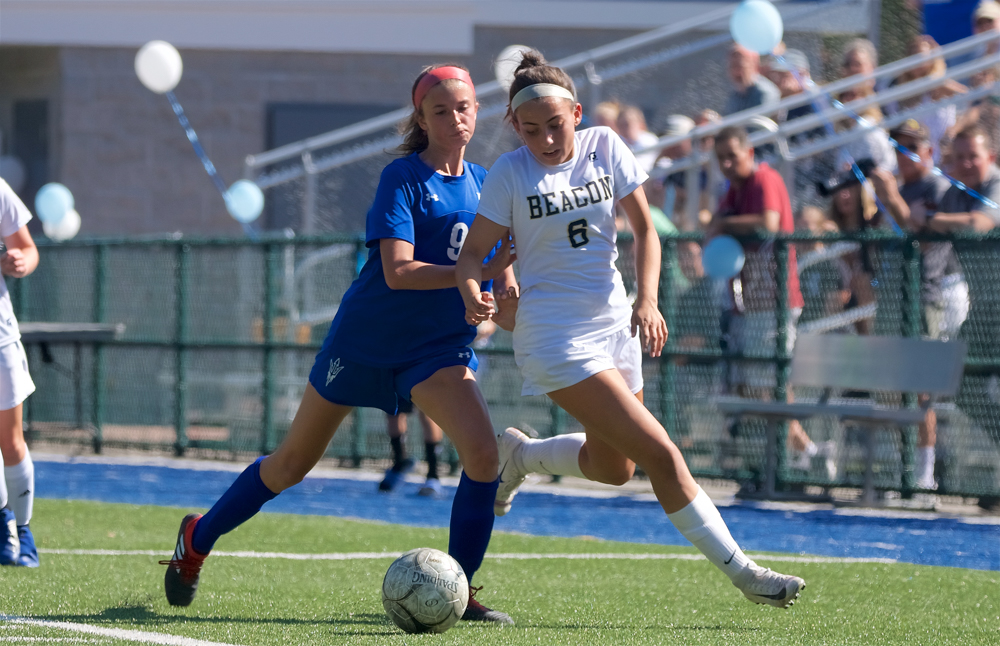 Bulldogs have youth on their side

If all goes according to plan, the Beacon High School girls’ soccer team hopes to get its season going Sept. 29, joining other Section 1 teams allowed to start practices on that date, with competition scheduled to begin after 10 practices.

“We have great leaders; each of them brings something different,” Alzate said of his captains. “I have confidence in all four of them, and they’re all well-respected by the team.

“We’re hoping our youth is a strength,” he added. “We are hoping to be a little bigger, faster and stronger. We want to score more goals this year; that’s been a tough thing the last few years. Our big threats offensively are Chelsea and Devyn, and they both missed significant time last year. They’re both excellent skill players, and we feel they can do a lot of things. It’s huge for us to have them both on the field. Defense is a work in progress. We’ll try some different things, some different formations. We’re also looking for someone to win the starting goalie job.”

Alzate, along with every other Section 1 coach, is hoping the pieces come together for a season to happen.

“The hope is to get this season in during the fall,” he said. “The girls are ready to play, they’ve been at camps, and we have a huge freshman class coming in. This season will be very important for them to get their feet wet.

“Right now we hope to hit the ground running on the 29th,” he added. “Oct. 12 would be the earliest we could possibly have a match. The goal for the team is to improve, get to .500, get in the playoffs. And we’re hoping for that first sectional win in Class A. It’s been over 15 years now. That would be a big deal.”

Alzate admitted that COVID-19 protocols won’t make playing any easier. “The masks will be the biggest challenge,” he said, “but every team will have to deal with it. Now it might be who will play with it the best. We’ll try to find ways to improve the situation. I’m also curious to see how travel will be handled. I hope we can get enough games in, get the girls some real play, and get to a sectional tournament at the end.”