Charged with murder and arson

A Philipstown man pleaded not guilty on Friday (Sept. 11) to second-degree murder and felony arson and evidence-tampering charges in the death of his father, whose body was found last fall in a mobile-home fire on Route 9.

Louis J. Weber IV, 20, entered his plea during an arraignment before Putnam County Judge Joseph Spofford. In addition to the murder charge, which carries a maximum sentence of life in prison, Weber is also charged with third-degree arson and tampering with physical evidence, according to court records. 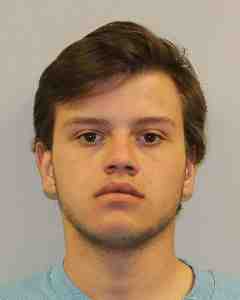 After the arraignment he was returned to Putnam County Jail. He is due back in court on Oct. 6.

Putnam County Sheriff Robert Langley announced on Aug. 25 Weber’s arrest in connection with the death on Nov. 4 of Louis J. Weber III, 72, in a fire at the Post Road Mobile Home Park south of Route 301.

The elder Weber’s body was found in the remains of his home at 3 Fourth St. after the trailer was destroyed by the blaze. The North Highlands Fire Co. responded to the alarm at 3:30 a.m. and was assisted by sheriff’s deputies and the Cold Spring and Garrison fire departments

The elder Weber was a U.S. Marine Corps veteran and a financial advisor for Ameriprise Financial before his retirement, according to an obituary posted by Clinton Funeral Home. Besides his son, he was survived by a daughter, Courtney Bozsik (Frank Jr.) of Wappingers Falls and three grandchildren.

In March 2019, the younger Weber, who graduated from Haldane High School in 2018, faced charges of felony burglary, felony criminal mischief and misdemeanor criminal trespass stemming from an Oct. 31, 2018, incident in which a swastika and anti-Semitic slur were painted inside a house being built by a Jewish resident of Nelsonville