Bruce Campbell, who served five terms on the Cold Spring Village Board between 2002 and 2015, died unexpectedly on Monday (Sept. 14) at his home, two days after his 67th birthday. 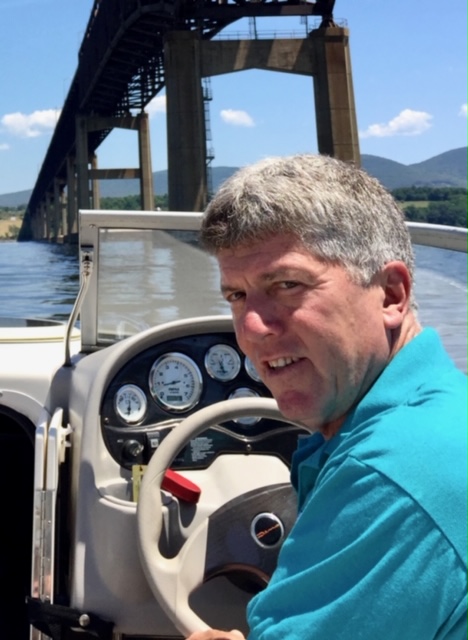 Campbell was a lifelong resident of Cold Spring and a 1972 graduate of Haldane High School. He worked for 36 years at the United States Military Academy at West Point, where he specialized in electronic communications involving maintenance of on-base radio frequencies and television signals as well as support of tactical training exercises.

Following his retirement in 2008, Campbell joined the Cold Spring Highway Department, where he was employed at the time of his death. He also was the commodore of the West Point Yacht Club, a member of the Cold Spring Boat Club and a golfer.

Campbell served two terms on the Village Board from 2002 to 2006 and another three from 2009 to 2015. He also was chair of the Recreation Commission for five years until 2018 and served a three-year term on the Haldane school board after being elected in 2006 to fill a vacancy.

“I knew Bruce — aka BC, aka Bookie Bunk Bunk — almost my entire life,” said Cold Spring Mayor Dave Merandy. “We shared some of the most hysterical moments as altar boys and students at Our Lady of Loretto. We shared hair exploration together as teens, with Bruce sporting a most impressive Afro while I had a ponytail.

“Many years later we served on the Haldane school board together, and during my tenure as mayor, Bruce was the village park groundskeeper. He seemed to have endless energy. I’ll miss his sense of humor and laugh. He was definitely a Cold Spring character.”

Former Mayor Ralph Falloon, under whom Campbell served as deputy mayor, said Campbell was “a good, hard-working guy” who was “incredibly trustworthy and always had the best interests of the village at heart. Cold Spring has lost a true asset and caretaker.”

In an interview in 2015, after announcing he would not run for a sixth term on the Village Board, Campbell offered advice to his successors: “Keep Cold Spring, Cold Spring. New ideas and opinions are always welcome and encouraged, but do everything possible to keep politics at a minimum and work together. Good things can come out of that.”

The redevelopment of the former Butterfield Hospital site was a major project during much of Campbell’s tenure. He said in 2015 it had been difficult to watch the former hospital deteriorate over the previous two decades.

“My entire family was born there, and most died there,” he said at the time. “I worked there while in high school, and many of my relatives were also employed there.” Many other longtime residents could say the same, he said.

Campbell was born on Sept. 12, 1953, in Cold Spring, the son of Duncan and Helen (Dalzell) Campbell. After graduating from Haldane, he attended Dutchess Community College. He married his wife, Patricia, in 1983, according to an obituary posted by the Clinton Funeral Home, which is handling funeral arrangements.

Along with his wife, Campbell is survived by his son, Evan Campbell, of New York City, and three siblings: John Campbell, Kathy Campbell and Linda Campbell.