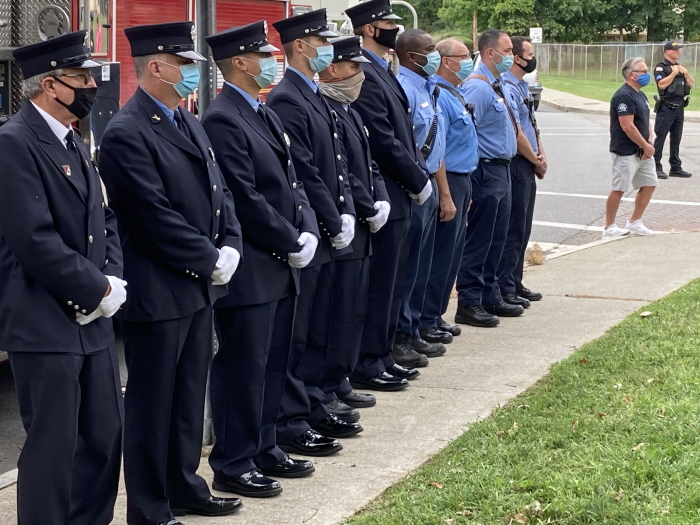 REMEMBERING 9/11 — The City of Beacon and its Fire Department hosted a memorial ceremony at Patriot Park on Sept. 11 to remember those lost in the terrorist attacks in 2001. The Libby Funeral Home donated a wreath for the event. 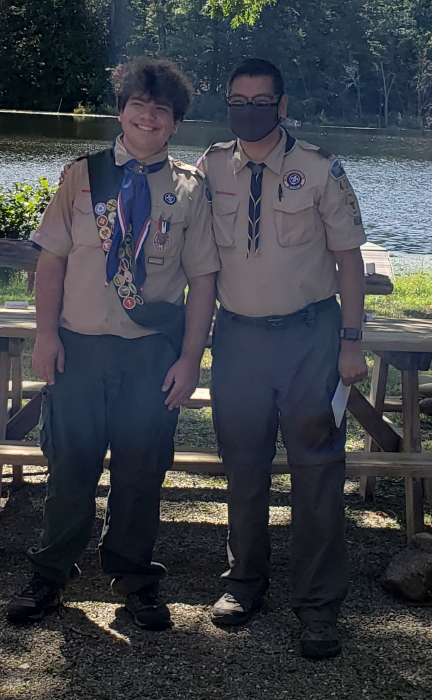 NEW EAGLE SCOUT — Andrew Scicluna (left) became an Eagle Scout during a ceremony on Saturday (Sept. 12) at the Garrison Fish and Game Club. He is shown with John Pieza of Philipstown Boy Scout Troop 437. For his Eagle Scout project, Scicluna restored and archived the crosses and Stars of David that are placed on the lawn at St. Mary’s Episcopal Church in Cold Spring each year for Memorial Day. 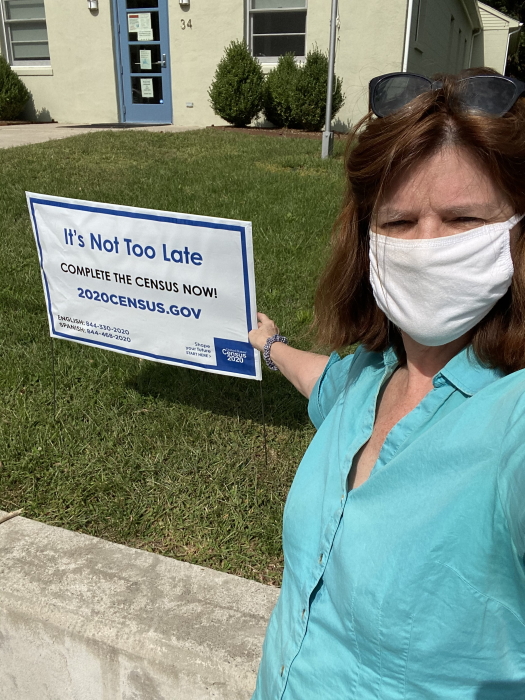 GET COUNTED — Judy Farrell, a member of the Philipstown Town Board, placed signs around town to encourage people to take part in the U.S. Census. The counting is scheduled to end on Sept. 30. See 2020census.gov. 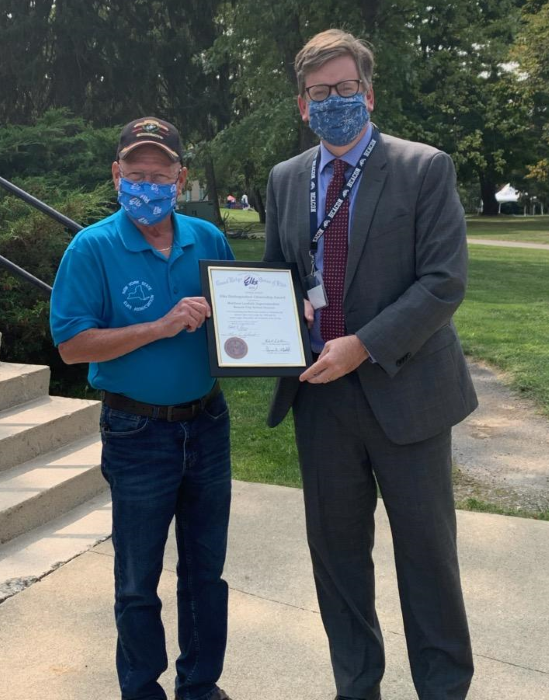 GOOD CITIZEN — The Beacon Elks Club named Matt Landahl (right), superintendent of the Beacon City School District, as its Distinguished Citizen for 2019-20. The award is typically handed out in the spring but was delayed because of the pandemic. Landahl is shown with Elks’ Exalted Ruler Ron Piga.