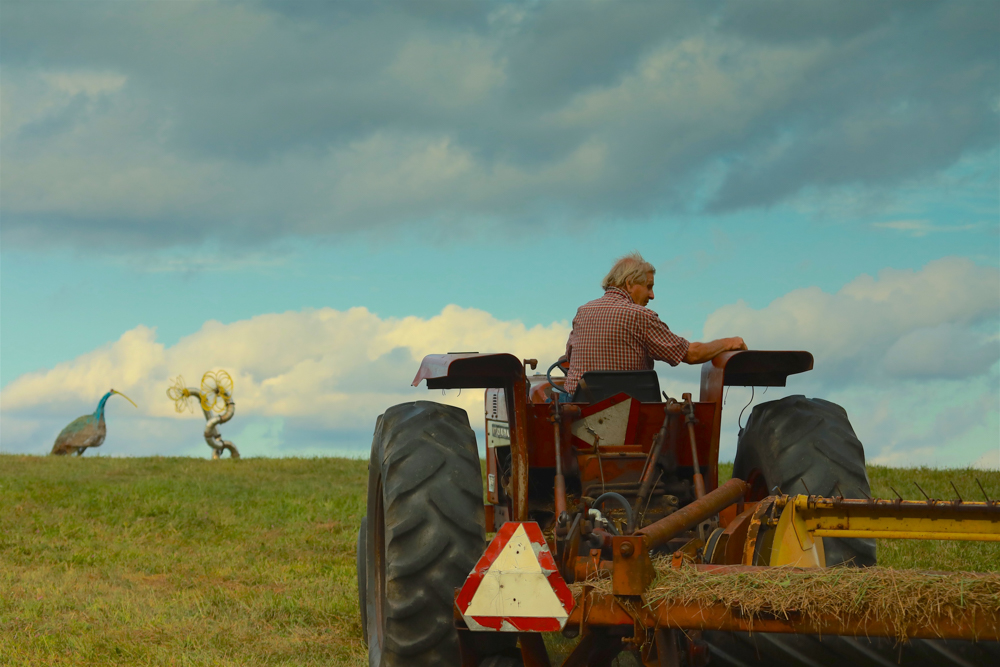 Ross Corsair won an NNA award for this feature photo of Sandy Saunders on his Garrison farm during a sculpture show held there.

The Highlands Current won 44 state and national awards for articles, illustrations, photos and advertisements published in 2019.

The awards, announced as recently as this week, came from state journalism groups such as the New York Press Association and national ones such as the National Newspaper Association. For a complete list, see highlandscurrent.org/awards.

This annual contest, which had 2,918 entries from 173 small and midsized papers, was judged by members of the Washington Newspaper Publishers Association.

The Current won 13 awards and took fifth place in contest points. The paper has won 58 NYPA awards since 2013.

Among papers of all sizes, The Current won second place for its coverage of elections and politics and third place for its business and economic reporting.

Among small papers, Pierce Strudler won first place for front-page design among tabloids; Deb Lucke won first place for graphic illustration for “Silent Movie Night at the Butterfield Library”; and Liz Schevtchuk Armstrong and Chip Rowe won first place for news or feature series for their reporting on a law passed by the Putnam County Legislature to make it easier to keep documents confidential.

The Current also won second place for news or features series among small papers for Living on the Edge, a series by Victoria Shannon and Jeff Simms on Highlands residents who are employed but have little savings. Rowe won second place in columns for his Editor’s Notebook. 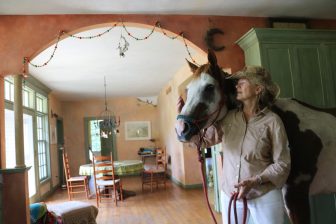 Michael Turton was recognized by the NYPA for this feature photo of horse trainer Cari Swanson with Lily in her kitchen; Swanson brings the animals inside to get them used to being on movie sets.

The Current won three awards among papers with circulations of 10,000 or less. The paper has won 11 NYNPA awards since 2017. 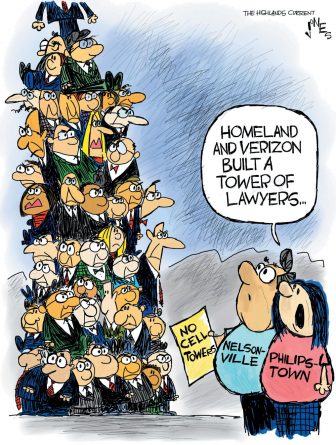 The Current won 24 awards, bringing its total to 55 since 2016. There were 1,469 entries from 92 papers in 34 states. The judges were community newspaper editors and publishers, retired journalism professors and retired or former newspaper professionals.

Among all papers, The Current won first place for localized national stories or series for Rowe’s “The Extremist Next Door” and second place for Shannon and Simms’ Living on the Edge. Clay Jones won second place for editorial cartooning for his portrayal of a cell tower constructed of lawyers, and Armstrong and Rowe won second place in Freedom of Information Law Reporting for their Secret Putnam stories.

Among weeklies, Ross Corsair won first place for his online photo essay, “Up & Away” and Armstrong and Rowe won first and second place for local government coverage for “Odell Looking for New Bodyguard … Sort Of” and the Secret Putnam series, respectively.

Among small papers, Cronin won first place in sports columns for “School of Hard Knocks” and first place in environmental reporting for “Small Pieces, Big Problems,” about microplastics in the Hudson River.

In a competition organized by the national News Leaders Association, Armstrong and Rowe were finalists (along with reporters from The Post and Courier in Charleston, South Carolina, and The Oregonian) for a First Amendment Award for Secret Putnam; and Rowe was a finalist for best editorial in a contest sponsored by the International Society of Weekly Newspaper Editors, for “Why I Flipped on Secrecy.”

Rowe was also a finalist for local news reporting for “The Extremist Next Door” in a competition organized by the New York City chapter of the Society of Professional Journalists, along with reporters from The New York Times and Newsday. The same article was also honored by Local Independent Online News Publishers as the investigative report of the year among smaller publications.