The department received a call at 11:24 p.m. that a hiker was missing, according to a Facebook post by the Beacon PBA. The hiker was located at Dennings Point along the river, down a steep embankment and laying in the water. The hiker was unable to walk and appeared to be suffering from hypothermia, officers said. 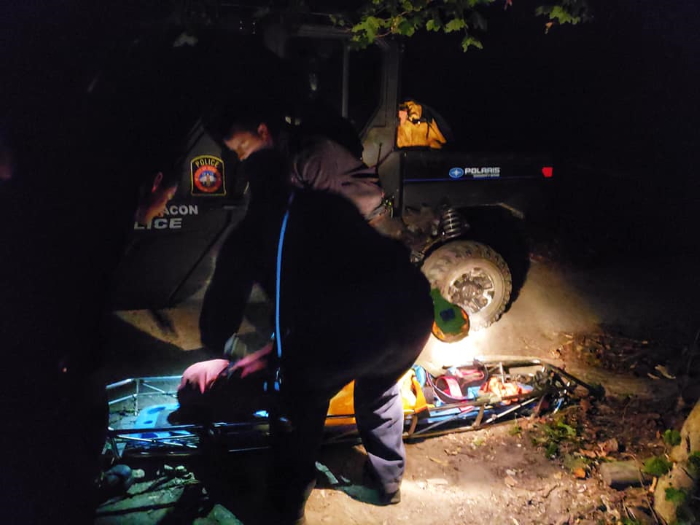 Officers used a UTV to rescue an injured hiker on Sunday. (Beacon PBA)

The Beacon Fire Department also responded, and the hiker was removed with the police department’s utility-terrain vehicle (UTV). The hiker was transported to a hospital by the Beacon Volunteer Ambulance Corp.