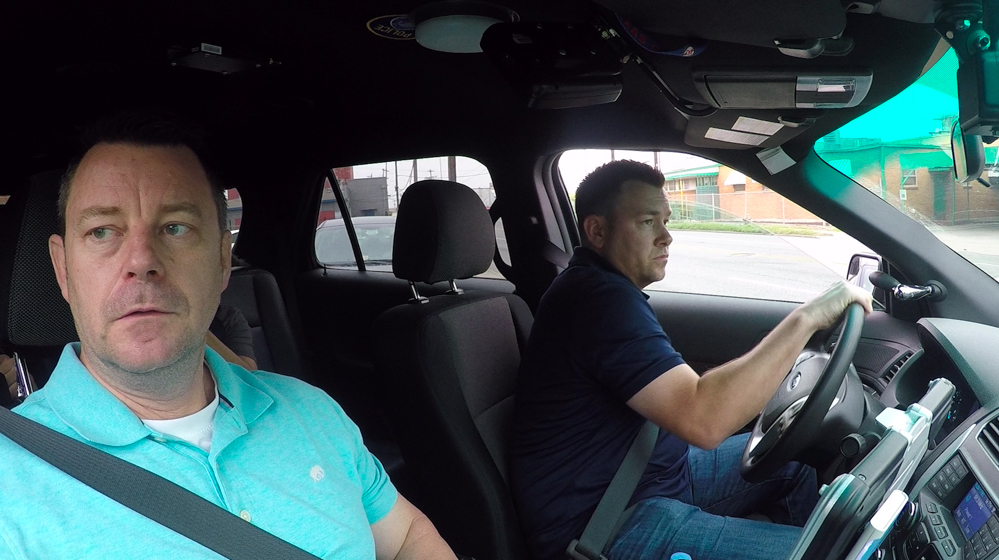 Officers Ernie Stephens and Joe Smarro appear in a scene from the documentary.

Putnam sheriff to participate in discussion at screening

Joe Smarro and Ernie Stephens arrived at the bridge at 1:34 a.m. on May 23, 2017, where they found a woman named Kendra ready to jump.

Straddling a wall, she told the officers she was “a suicidal drug addict” for whom “everything is wrong.” But one thing was right: the officers who arrived were part of the San Antonio Police Department’s Mental Health Unit, and they were not there to rush and arrest, but to listen, empathize and offer help. By 2:27 a.m., Smarro and Stephens were dropping Kendra off at a crisis center.

The tense encounter is documented in Ernie & Joe: Crisis Cops, an HBO documentary chronicling Smarro and Stephen’s work as members of the unit, whose officers employ de-escalation rather than confrontation when called to incidents involving people with mental illnesses. 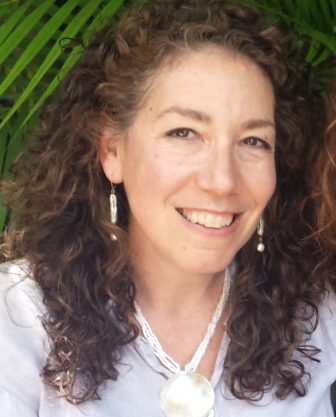 Toby Shimin, a Cold Spring resident who edited the film

Edited by Toby Shimin, who lives in Cold Spring, and directed by Jenifer McShane, the documentary will be screened online at 7 p.m. on Friday (Sept. 25) as part of the ongoing Depot Docs series hosted by the Philipstown Depot Theatre. Afterward, McShane, Smarro, Stephens and Putnam County Sheriff Robert Langley Jr. will participate in a virtual panel discussion.

The screening comes as Langley’s department and other police forces around the state, including those in Cold Spring and Beacon, draft reform plans under a June order by Gov. Andrew Cuomo. The directive came following protests over the death in Minneapolis of George Floyd after an officer knelt on his neck for nearly nine minutes.

The deaths of people who are mentally ill during encounters with police officers have intensified discussions of how officers respond and what role law enforcement should play.

Stephens established a Crisis Intervention Team at the San Antonio Police Department after taking a weeklong FBI training in Houston in 2003. At the time, the officer was in a “high-speed” tactical unit whose officers were “kicking doors” as they pursued drug dealers and gang members, he said in an interview.

One of the presenters in Houston was a woman whose son was mentally ill, he said. She predicted that there was a chance that an officer responding to a call to her house “might shoot and kill my son. And if you do, I just want you to know it’s OK, because you have a family to go home to and I want you to be safe.”

“I’m not OK with that — from a policeman’s perspective and as a parent,” said Stephens, who spoke with the woman after her presentation. “I said something’s going to change; I’m going to help you and I’m going to help others. And that’s when I made the choice — I’m going to start a mental health unit.”

The unit began in 2008 with Stephens and another officer; Smarro joined later. Considered a national model, the unit has grown to include 10 patrol officers, two detectives, a supervisor and three civilian clinicians. In addition, each of San Antonio’s officers is required to undergo 40 hours of crisis-intervention training.

Smarro, who said he is a survivor of childhood physical and sexual abuse and has been diagnosed with a mental illness, described the unit’s approach in a TED talk filmed in 2018.

“The only weapon I’ve relied on over the last nine years has been my ability to listen and empathize with people — to connect,” he said.

At the beginning of the documentary, Smarro and Stephens convince a man with a mental illness to leave a courtroom, where he has been causing a disturbance. They also respond to calls about a veteran who owns multiple guns and was threatening to kill himself, and a man diagnosed with depression who has broken a mirror and slit his wrist with one of the fragments. 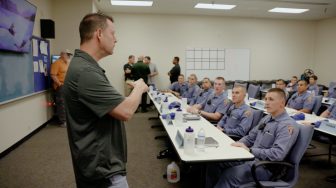 The San Antonio Police Department averaged about 250 involuntary commitments a month before launching its Crisis Intervention Team, said Stephens. The department is now averaging about 1,200 a month, he said. Not only are more people getting help, but it has improved relations with residents, he said.

“The community at-large knows that we’re the gold standard in the nation,” said Stephens. “And now they’re not scared to call the police.”

McShane, the director, who is from Connecticut, said she developed an interest in the nexus between the criminal justice system and mental health while working on Mothers of Bedford, a documentary about prisoners at Bedford Hills Correctional Facility, a state prison for women in Westchester County.

She said she learned about the San Antonio unit in an article that described the city’s success with jail diversion and traveled there in 2016 to spend a week riding with Smarro and Stephens. McShane said she was struck by the “humanity” of the unit’s approach.

Her film debuted last year at the South by Southwest Film Festival, where it won the Special Jury Award. It has been nominated for two Emmys and become a beacon for reform, with police departments around the country screening the film for officers.

“If it can start conversations with police departments that are grappling with all these issues, and feeling unprepared as they go out every day, that’s icing on the cake,” McShane said.