John Reilly of Fishkill Landing was arrested after, while in a drunken quarrel with his wife and “some other women” on a Saturday night, he shot one of the women in the forehead. He was arrested and taken to Poughkeepsie. By another account, Reilly, a blacksmith, brought a disreputable woman home and his wife asked the neighbors to help her throw the woman out. As the crowd approached, Reilly fired, striking a woman named McGinley in the face.

At the 87th annual convention of the Protestant Episcopal Church, held in New York City, officials from St. Ann’s of Fishkill Landing presented documents stating that the church had changed its name to St. Luke’s of Matteawan.

Lizzie Halliday, who had been sent to the Matteawan asylum for the criminally insane after being convicted of killing her husband, her stepson and two servants, attacked an attendant during an attempt to escape. Halliday had been sentenced to die in the electric chair but the governor commuted her sentence because of her mental illness. [In 1906 Halliday killed an asylum nurse, Nellie Wickes, by stabbing her repeatedly with a pair of scissors. Halliday died in 1918.] 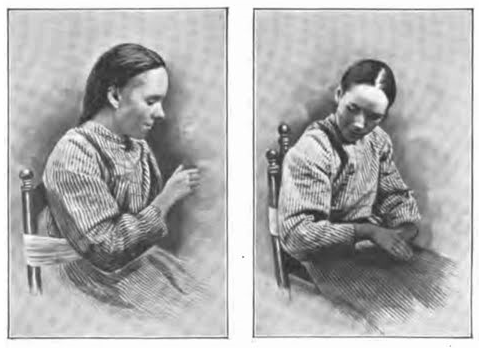 Photos of Lizzie Halliday appeared in an 1895 medical journal article, “Shall Insane Criminals Be Imprisoned or Put to Death?”

For reasons not explained, a drunk bricklayer named Alfred Johnson, who told police he was a native of Sweden, interrupted classes at the Tioronda School on a Tuesday afternoon. After he was escorted outside by the principal, Johnson threw a rock through a window. He was taken to the Matteawan police chief and then to a judge, who sentenced him to three months in the Albany penitentiary. 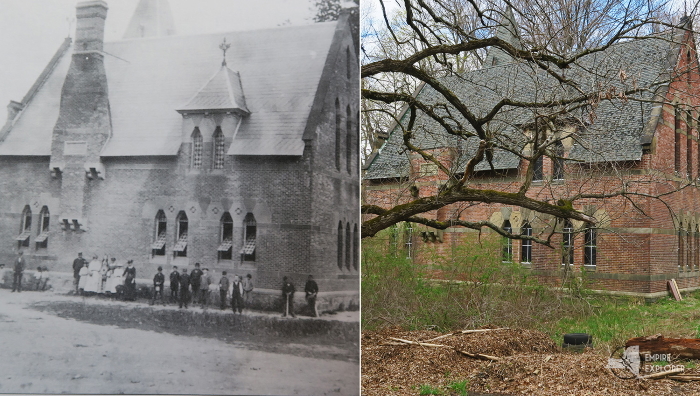 The Tioronda School, then and now. In 1895, a drunk bricklayer interrupted classes. (Beacon Historical Society/Empire Explorer)

Soon after the train robber Oliver Curtis Perry was relocated to the Auburn prison from the Matteawan asylum following an escape, he attempted to blind himself in a bid to again be declared insane and returned to Matteawan.

A jury awarded Thomas J. Martin Jr. of Beacon $2,200 in damages from the Central New England Railroad after one of its engines struck his car “without warning” at a crossing in Rhinebeck. Martin was not injured but his son was thrown from the vehicle and hurt his right knee.

The Beacon police arrested two men from Buffalo on charges they were transporting 60 quart bottles of whiskey without a license.

When a Ford driven by Hugh Zahner collided with a Ford belonging to Earle Secor, who had the entire Beacon-Newburgh ferry crew riding with him, from pilot to engineer to deckhands — the noon crossing was delayed by three hours.

Harry “Tex” McLaughlin, 28, a native of Beacon, died two days after being struck by the propeller of his airplane while he performed a stunt 1,000 feet above the New York State Fair in Syracuse. The finale of his act was climbing from the framework of his plane to another plane flying overhead dangling a rope ladder. While he was on the ladder, he was blown against the propeller of the lower plane. Despite a mortal wound to his back, McLaughlin managed to hang on until the pilot could land.

Mrs. Howard Carrodus of Fishkill was busy canning and pickling when her doorbell rang. When she answered, there was no one there but her cat, Tabitha. Sherman Weeks and Arthur Fraleigh, who worked for the Fishkill Railway and were standing nearby waiting for passengers for a trolley run to Beacon, told Mrs. Carrodus they had watched the cat climb the screen door to press the button.

Although the Newburgh ferry operated three boats all day on Labor Day, each carrying 21 automobiles, at times at least 75 cars were waiting to cross the river.

The W.H. Mase Engine Co. was presented with the silver cup for making the best appearances in the parade during the Firemen’s Convention held in Glens Falls.

The City Council voted to move the honor roll on Main Street that listed Beacon men who died in World War I to storage because of its deteriorating condition. 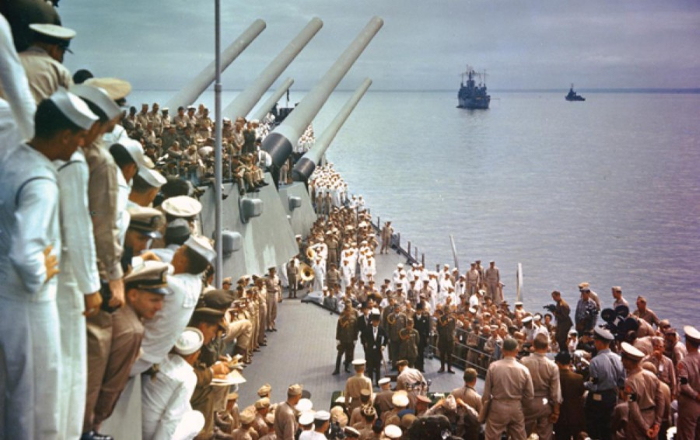 Five Beacon residents were aboard the USS Missouri during the surrender of Japan to end World War II on Sept. 2, 1945.

Two teenagers pleaded not guilty to stealing eight car batteries from a junkyard.

The City Council passed a resolution doubling the mayor’s salary from $1,000 to $2,000 per year, but it was unclear whether the increase needed to be approved by voters, or if there was enough time to add it to the November ballot.

Joe Cahill, the business manager of the Beacon’s semi-pro baseball team, the Sports Leaguers, challenged the Poughkeepsie Roe Movers to a game. Cahill suggested the Roe Movers were afraid of playing the Beacon team because it had recently added three players who worked at the Green Haven Correctional Facility, including pitcher Ace Bailey. In response, the Roe Movers coach said the real reason was that the Sports Leaguers demanded a $200 travel fee.

Members of 27 fire companies paraded 3 miles in the rain to open the annual convention of the Hudson Valley Volunteer Firemen’s Association. Police estimated there were 6,000 spectators.

Bill Hamm, who had coached the cross-country, basketball and baseball teams at Beacon High School for the previous 13 seasons, handed his duties to three teachers so he could focus on his physical education classes.

Police arrested Norman Chrestuffrenn, 43, of Brooklyn, after he allegedly caused a disturbance inside a Main Street restaurant. The defendant was suspected of having “jumped ship” in New York City, and immigration officials were alerted.

Beacon partnered with the John Reich Co. to remove about 200 junk cars from the city. Reich provided a wrecker to be operated by off-duty police officers who would remove cars with the owners’ permission. Reich’s crew would remove the upholstery, tires and gas tanks and then crush the frames at a facility set up at Dennings Point to be sold for scrap. Joseph Fisher, owner of Fisher Auto Wreckers, asked why the council had made a deal with a Hudson firm. “I’ve been a Beacon businessman since 1957 and I deserve a little more consideration,” he said.

The city lowered the assessment of Colonial Springs by nearly 20 percent, prompting complaints from the Beacon school district (because of the lost revenue) and the apartment complex owners (who asked why their assessment had been so high).

The City Council approved the construction of a 23,000-square-foot warehouse at Main and High streets by the Skyline Clothing Corp., which made jackets for the U.S. Air Force. At a hearing, resident Anthony DeGelarmo argued against the permit, noting the building foundation was already underway and that “some special privileges are being given to some people in Beacon.”

A Kingston man and two Poughkeepsie teenagers were charged with possession of stolen property after police discovered shopping bags filled with 65 pounds of meat in the trunk of a car on Main Street.

The City Council adopted a code of ethics and established a three-member board of ethics to be appointed by the mayor.

The Scenic Hudson Land Trust held a ceremony at the Howland Cultural Center to celebrate its purchase of 219 acres of Mount Beacon with funding from the Lila Acheson and DeWitt Wallace Fund for the Hudson Highlands, established by the Reader’s Digest founders. Scenic Hudson said it planned to create hiking trails and to tie the land to the Hudson Highlands State Park and the 1,000-acre Fishkill Ridge conservation area.

Michael Brown, 19, known as “Mike Fats,” was shot dead in front of a boarded-up building at 192 Main St., the first homicide in Beacon in 18 months. Investigators said they were having trouble finding cooperative witnesses and that they believed Brown was involved in the cocaine trade.

For the first time in two years, Beacon High School fielded a varsity football team, losing to John F. Kennedy High, 42-14. The school had dropped the sport three games into the 1993 season but organized a junior varsity squad in 1994.