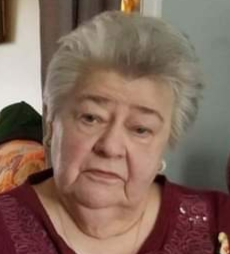 Barbara Prescott, 83, a longtime resident of Garrison, died on Sept. 19.

Barbara was the morning clerk at Guinan’s Country Store on Garrison’s Landing for many years, where she formed bonds and friendships with the many commuters who came in daily. Her family said her proudest accomplishment was serving the many workers during the filming of Hello, Dolly! and would show everyone she first met all of the photos and autographs she received during that time.

She also is survived by her great-grandchildren: Kylie and Dylan Falloon; Aiden, Addilyn, and Colton Grossman; and Timothy Touhey; and a sister, Rita Zouzias.

A private burial will be held in Cold Spring Cemetery.

She was born Sept. 20, 1952, in Peekskill, the daughter of Richard Tucci and Naltolka “Natalie” Sokoluk. She was raised in Garrison by her mother and father, Frank Simone Jr.

After graduating from Highland Falls High School in 1970, she continued her education at the Grasslands School of Practical Nursing, where she received her degree in 1975. She worked at the Butterfield Hospital in Cold Spring, the Green Haven Correctional Facility in Stormville and Mount Sinai St. Luke’s Hospital.

She married Robert Tuttle in 1984. Together they traveled across the U.S. and Europe while Robert served in the Army. In that time, she raised her children, and worked various part time jobs. Elisia opened her heart and home to any child and animal that needed a place to stay and would help anyone who needed it, her family said.

The couple eventually settled in Garrison, in her childhood home, while caring for their elderly parents. They moved to  Rhode Island in 2013.

Elisia was known throughout the communities she lived in for her volunteer work, her family said, including her many years as president of the Garrison Volunteer Fire Company’s Auxiliary. She loved theater and enjoyed her time volunteering for performances in Ansbach, Germany, at the Terrace playhouse. She was a member of Our Redeemer Lutheran Church in Peekskill.

Besides her husband of 36 years, she is survived by her children: Bryon Tuttle of Hopkinton City, Rhode Island; Athena Pelly (Aaron) of Pasco, Washington; and Michelle DiSandro (Larry) of Hopkinton City; her grandchildren: Kyle, Destiny, Barachiah, Josiah, Dylan, Kefir, Annastasia and Tatiana; and her siblings: Christopher Simone (Sally) of Mattawana, Pennsylvania, and Jody Stubler (Bill) of Lehi, Utah.

A Celebration of Life was held Sept. 5 in Hopkinton. Memorial donations may be made to the Shriners Hospitals for Children (lovetotherescue.org).