There are still three years until the next mayoral election in Beacon, but an early candidate has emerged. It’s a chicken.

It lives in Fishkill, but rest assured, it’s a Beacon chicken. Read on. 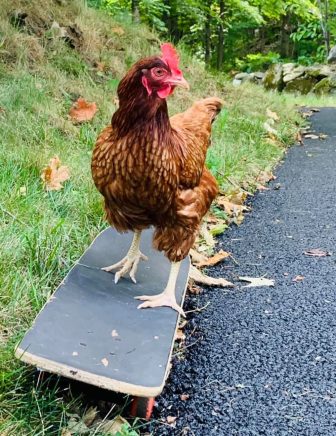 In May, a lone hen began wandering around Harbor Hill Court and Davies Avenue. A bit of a squawker, the red bird became a neighborhood favorite, accepting food scraps and laying eggs in front yards.

Karen Finnegan, who lives in Fishkill, learned of the hen in the Beacon, NY Facebook group, which has 11,700 members. Since she already owned chickens, she offered to give the bird a safe and permanent home if someone would catch it.

So Finnegan drove to Beacon. “And no joke — the only two people on the street were the chicken and this little old man, feeding it a bagel,” she said. “I walked up to it, picked it up, put her in a box and put it in the car.”

Once at its new home, the chicken’s personality began to shine, Finnegan said. She gave the hen a nickname: The Mayor.

Finnegan posted a photo of The Mayor, along with an update, to the Beacon Facebook group. One member responded: “That’s my chicken from the hood!”

One evening, The Mayor — who Finnegan estimates is about a year old due to her egg-laying proclivity — got through a screen door “and I turned around and she’s just sitting there in the kitchen.” 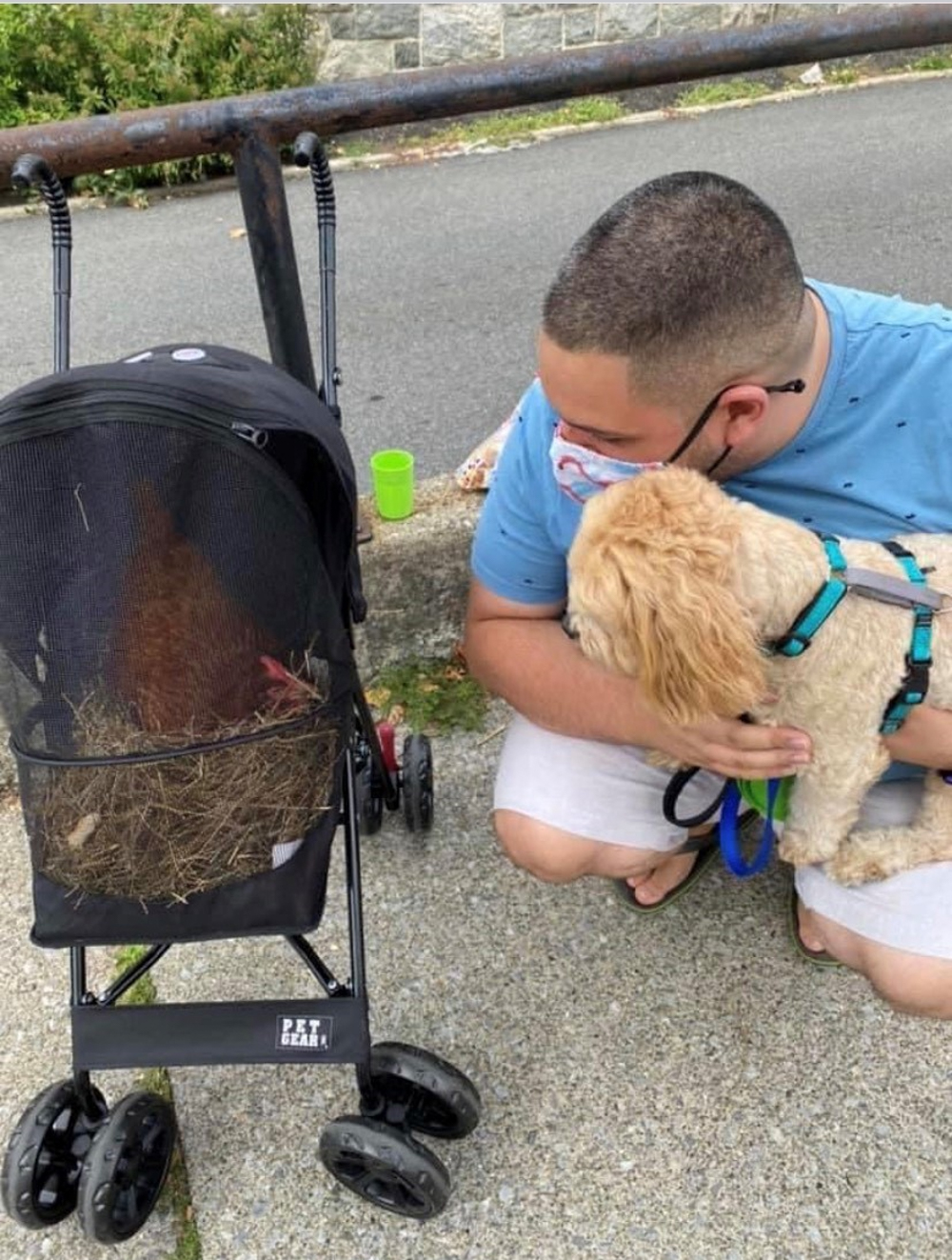 From that point, Finnegan said, The Mayor also became known as the Beacon Hood Chicken.

All kidding aside, Finnegan said, the chicken’s arrival has been a ray of hope in an otherwise dismal year.

“Every night at about 8 p.m., The Mayor comes onto the porch to go to bed in her roost,” she wrote on a Facebook page created for the hen (there is also a website and Etsy store). “Same routine each time — big ‘bakaw!’ at the door (if the door is left open, she just waltzes on in), takes a drink from the dog dish, hops up the step and onto her branch.”

The family has been livestreaming video of the nightly routine, and on some nights has received as many as 3,000 views from as far away as Puerto Rico and California. That hour, Finnegan said, has become the family’s respite from the onslaught of the COVID-19 pandemic and online bickering.

“Everything is just so angry,” she said of the current political atmosphere. “No. 1, this has been good for me. I was being pulled out of a depression because she made me laugh.”

Finnegan’s two oldest daughters recently illustrated Chicken Little, Come Out! The Sky Is Not Falling, a book by Michele Winchester-Vega, a New Windsor therapist, written to help children understand and work through anxiety. While it doesn’t feature The Mayor, some of the artwork was inspired by family trips to Stony Kill Farm, just outside of Beacon, Finnegan said.

Finnegan and her husband have seven children, all of whom are attending school only virtually. The Mayor has helped lift their spirits, Finnegan said, noting that she’s created internet “memes” for other children struggling with the difficult school year, saying “This chicken loves you!” or “Keep cracking the bawks!”

During the first visit to the market, “people were like, ‘Oh my God, it’s The Mayor!’” Finnegan said. “She’s not a pet, and she’s not a chicken. She’s more like a member of the family. I’m trying to think of ways that she can support people and put a smile on their faces.”

One thought on “Clucks and Clicks”