Dylan Leiner is the executive vice president of acquisitions and production for Sony Pictures Classic. He splits his time between Cold Spring and New York City. 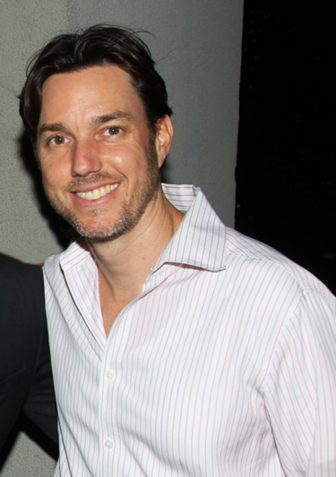 What does an executive vice president of acquisitions and production do?

My job is to try to find the best and most interesting independently made films around the world and acquire the distribution rights.

Has the job dulled your love of movies?

I was worried about that, but it’s been the opposite. I love movies more because I’ve seen how difficult it is to make a good one. I’m always amazed at how many films there are that I hadn’t known about. I’ve become more passionate about movies and more ambitious than ever about seeing them. At the moment my personal go-to genre is documentaries. Their quality has become so good. They leave me feeling entertained and educated at the same time.

Are there any distinct trends in film?

People are looking for something emotionally engaging. The Marvel movies are amusement-park rides; people want a movie that’s more thoughtful and authentic. There’s too much nonsense in the media. Younger folks are going back to theaters more aggressively because they feel immune [to COVID-19]. Our key demographic — a little more sophisticated, generally college-educated audience — hasn’t started going back but it is streaming voraciously. There’s a hungry audience across age groups — they’re just seeing movies in different ways.

Is there a silver lining to the pandemic for the movie industry?

One of the challenges in the independent marketplace is that there are a lot of film festivals happening all over the world and we can’t get to them all. But because so many have gone virtual, I’ve been able to participate in some I normally wouldn’t attend. The New York Film Festival, which is going on right now, is for the first time open to people who aren’t in New York City. The Sundance Film Festival has announced it will have screenings in major cities and will probably have a virtual element. While it’s challenging for all of us, that inclusiveness will build an audience and an interest in independent films for the long run.

How does your love of soccer meld with your work in film?

It melds incredibly organically. I travel a lot for work. When I meet people from different cultures, we can talk about movies and we can talk about soccer. They provide immediate bridges. I created NYFest, a film-and-entertainment soccer tournament in New York City, to do that. It brings the film and soccer worlds together to bridge gaps and help underserved communities.