The Beacon High School boys’ cross-country team is looking for good things this fall, and that starts with returning All-Section selection and team captain Zach Cader. 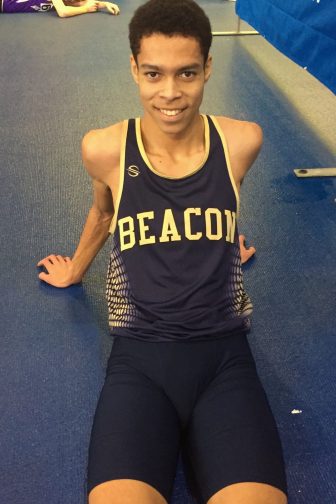 Cader was the first Beacon athlete in several years to qualify for states last year, and he’s back for his senior season.

“He’s been running times that have been drawing Division 1 [college] interest,” said Coach Jim Henry. “There’s no state championship tournament this year [because of the pandemic], but we’re hoping to have a sectional championship. I would expect him to be in contention to win that. He has great speed, and each season his endurance has increased.”

The Bulldogs also welcome back senior captain and All-League selection Stephen Schneider, who finished in the top seven at last year’s sectionals. “We’re hoping he can get a personal record in the 18-minute range,” Henry said. “He would be pretty happy with that.”

Juniors Evan LaBelle and Sal Migliore are back, as well. 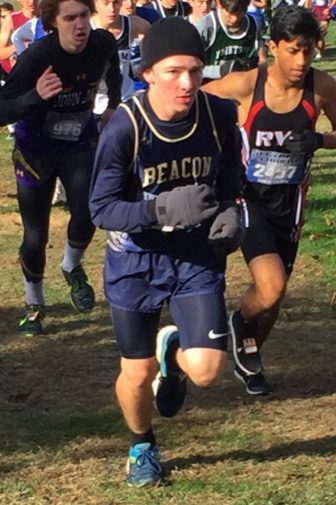 “We were expecting big things in the spring from Evan” during track competition, Henry said. “But of course there was no spring season, so if he comes in in good shape he can pick up right where he left off. Sal is similar. He looks bigger, stronger and faster. The two of them are important to the team’s success.”

The Beacon team has won the last two league championships but would like to step up to compete with programs such as Carmel, Brewster, Arlington and John Jay. “We can certainly compete with the upper echelon of Dutchess County,” the coach said.

The Beacon girls have traditionally had trouble maintaining a full team of five to seven runners throughout the season, but Henry is hoping to have one in place this fall.

“We have a couple of runners we’re hoping will come back, and we also had a good modified team,” he said, including Rachel Thorne, who last season ran 1.5 miles in 10:48.

Cross-country competition is expected to begin around Oct. 10.