Work should be completed within days

The Nelsonville Village Board engaged in street talk last week, from paving to parking.

During a meeting held on Sept. 21 by teleconference, Village Clerk Mindy Jesek and Village Board members announced that paving of Bank and Division streets would take place in early October.

As the plans gelled, the Village Board alerted residents by email on Sept. 24 that work is scheduled to begin on Friday (Oct. 2) and finish on Monday (Oct. 5). The stretches involved are Division between Main and Pine streets and Bank from Peekskill Road to the Cold Spring village line (approximately at the intersection with Parsonage Street). According to the board, both surfaces will be milled — or scraped — and then paved. 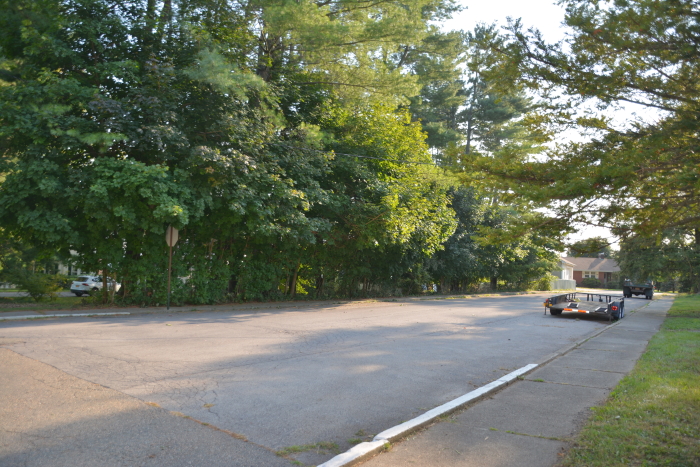 Nelsonville may create a winter parking area along Adams Avenue, shown here near its intersection with Division Street. (Photo by L.S. Armstrong)

“All cars will need to be moved from these areas” on Sunday evening to allow crews to access the roads the following morning, the board stated. It added that residents lacking off-street spots for their cars can park on Adams Avenue near the lower part of Division Street or at the village’s lot at North Pearl and Secor Streets.

“We don’t want to cause too much of a disruption,” Mayor Mike Bowman said.

Bowman said Nelsonville may create a winter-parking site along Adams Avenue. He and the trustees discussed protocols for winter parking in general, so that residents using village-designated areas — such as the current Secor-North Pearl lot — do not leave their vehicles indefinitely. “If they would just move their cars like they’re supposed to, [crews] could plow” and make winter operations easier, said Trustee Dave Moroney, who handles street matters for the board. 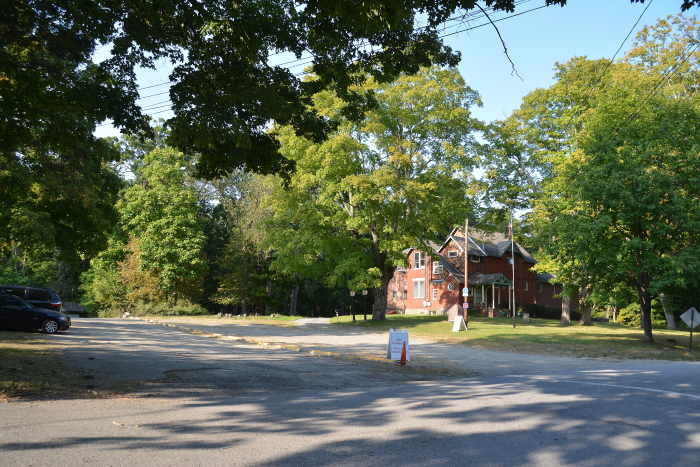 The Nelsonville village parking lot, on the left, and the Masonic hall lot share an area off of North Pearl and Secor streets. (Photo by L.S. Armstrong)

Resident Gloria Van Tassel expressed concerns about the look of streets as summer ended. They “have not been swept. They look like hell,” she said. She also said street gutters are choked with weeds.

The street contractor “is responsible curb-to-curb,” but property owners must tend to weed-whacking and related tasks in front their premises, Moroney said. However, he and Bowman pledged to confer with the street contractor about the concerns Van Tassel raised.

Moroney also noted that some property-owners consistently leave trash bins by the curb. He suggested reminding them “to get their garbage cans off the street.” Jesek promised to draft a letter.

Bowman added that “given what we’ve dealt with in the past three years” — the village became embroiled in a costly cell tower controversy in 2017 — “if it’s some weeds in the gutter and some garbage cans, I’ll take it any day. These are things we can fix.”

Jesek reported that the uncontested Sept. 15 village election ran smoothly, after being postponed four times in the state COVID-19 lockdown. It drew 51 voters, who practiced social distancing and were spaced throughout the day, she told the board. No one complained about anything and “if this is the way elections can go, going forward, if this is the way it needs to be, it will be fine,” she said.

“I have a feeling the November election might have a few more hoops to jump through than we did,” Bowman commented.