She was born in the Bronx on Sept. 11, 1955, the 10th child of Joseph and Carrie Chestnut. She graduated from Beacon High School and became a nurse. She also worked for Bob’s Taxi as a cab driver, as a child care provider, at the Candlelight Bar, and as the bartender in Pisces Lounge, which she owned with Ephraim Chambers.

A walk-through is scheduled for Friday (Oct. 2) from 9 to 11 a.m. at The Cathedral at the House, 127-131 Broadway, in Newburgh, followed by a funeral service at 11 a.m. and interment is at Cedar Hill Cemetery in Middlehope.

Nicholas served in the U.S. Coast Guard during World War II as a telephone and electrician mate and later enjoyed a long career as a telephone installer and repairman, retiring from AT&T in Beacon. He was also a member of the Telephone Pioneers of America.

Survivors include his daughter, Susan Mary Anderson (Walter) and his grandchildren, Alysha Anderson, Christopher Anderson and Aaron Egan, as well as his sister, Jessica Egan Hastings, and a longtime friend, Claire Schatz. 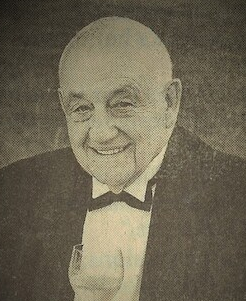 Hugh Jay Maurer, 91, died on Sept. 29 at his home in Wappinger with his daughter, Lynnette, and his dog, True North, at his side.

Hugh Jay began his career as the owner of the Gulf Station on the southeast corner of Routes 9 and 52 in Fishkill, attached to Dick Uhl’s Chevrolet, where he employed his brothers in addition to many young men of Fishkill, Cold Spring, Beacon and Wappingers.

He also worked as a general contractor with Sonny VanVoorhis Lumber and Hudson Valley Building Materials / Roy C. Knapp & Sons, and owned and operated his own clean sweeper. On Saturday mornings, he picked up the mail from the ferry in Beacon and delivered it to Beacon, Glenham, Fishkill, Hopewell Junction, Stormville, LaGrangeville and Millbrook. His final years were spent as a general contractor in his home office, Hugh J. Maurer Contractors.

Hugh Jay served as president of the Fishkill Rural Cemetery Board, and a mausoleum there was recently named in his honor. He was inducted into the Dutchess County Baseball Hall of Fame and served as district commissioner for the U.S. Pony Club of America. He was a member of the U.S. Pair Horse Driving Association and qualified for the world championships in 1987.

In addition to his daughter, he is survived by a brother, George Maurer of Syracuse.

A graveside service will be held at 1 p.m. on Saturday (Oct. 3) at Fishkill Rural Cemetery. Memorial donations may be made to the Verplanck Farm Tenant House Restoration Project at Stony Kill Farm, 79 Farmstead Lane, Wappingers Falls, NY 12590. 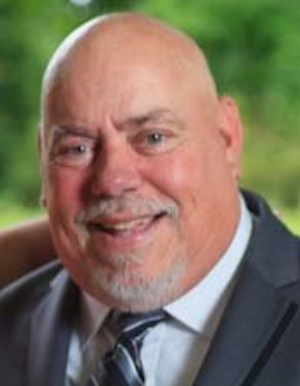 He was born in White Plains on June 13, 1953, the son of Samuel and Barbara Ann (Quigley) Van Dorn and attended Somers schools. He lived for many years in Katonah. He married Linda Vogler on May 23, 1981.

George worked as an assistant foreman for the Town of Bedford Highway Department for 38 years. He enjoyed riding his motorcycle and could often be seen driving his 1937 Chevy pickup truck around town, his family said.

He is survived by his children, Matthew Van Dorn of Katonah and Jessica Martinez of Hopewell Junction, as well as his grandson, Mason Martinez. Memorial donations may be made to Hudson Valley Hospice (hvhospice.org).