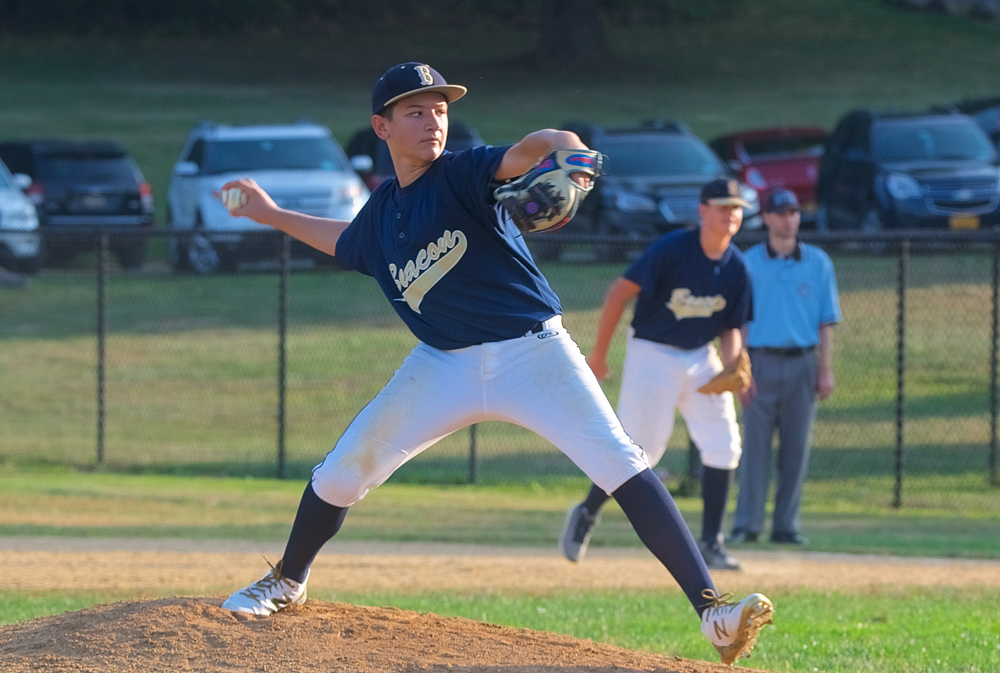 Beacon’s travel baseball team for players 13 years old and younger is making noise in the A division of the Greater Hudson Valley Baseball League, and the Bulldogs flexed their muscles Monday (Sept. 28) night in a 14-1 romp over the Marlboro Expos (a B division team) at Marlboro High School.

Mike Fontaine picked up the victory for Beacon, going three-plus innings with six strikeouts and allowing one hit. Derrick Heaton closed the game with one strikeout and no hits.

Heaton also chipped in with a pair of RBI, Fontaine went 2-for-3 with a triple and one RBI, John Antalek had an RBI and Mercer Jordan drove in a run for the Bulldogs, who improved to 7-2 in the fall season.

Coach Bob Atwell (who also coaches the Beacon High School varsity squad) said his team played a solid all-around game, including on defense. “We got out of a jam early, we got walks and we got good base running,” he said.

The team’s members have been playing together for several years, Atwell noted. “They root for each other,” he said.

The Bulldogs are scheduled to play a doubleheader Sunday (Oct. 4) in Danbury.