Updates on 10 projects in and near the city

While Planning Board agendas have shrunk since the beginning of the pandemic shutdown in March, there are still a number of housing and commercial projects either underway or being planned in and around Beacon. Here is an update.

Planning Board approval: Pending
Number of units: 9 affordable senior apartments, plus retail and 10,000 square feet of office space
Variances: In meetings last year, the developer discussed asking the City Council to rezone portions of the property or amending the plans to conform with zoning laws.
What’s next: This project would combine buildings at 172 Main St. and 4 Cross St. and an undeveloped lot into a single structure with ground-level retail, second-floor apartments and office space on a third floor. Plans call for the portion of the building within the Central Main Street zoning district to have a fourth floor for office space, as well. The project has not been on a Planning Board agenda since December, but the City Council adopted a measure this year requiring four-story proposals on Main Street to include one or more “public benefits,” such as increased parking, affordable housing units, green building features or public spaces. A park at the corner of Main and Cross streets, part of the original plans, could potentially satisfy that requirement.

Planning Board approval: Pending
Number of units: 62
Variances: None requested
What’s next: The Planning Board began its review of this project last year and it returns to the agenda on Oct. 14 after a seven-month absence. Plans call for demolishing a warehouse and auto shop to make way for a four-story, L-shaped building of one- and two-bedroom apartments. No public hearings have been held yet.

Planning Board approval: Pending
Number of units: 463 apartments, plus 24,000 square feet of retail
Variances: Fishkill officials in April ended their review of the developer’s request to rezone 16 acres of the 57-acre site to allow residential and retail building.
What’s next: The developer in July filed a $1 million lawsuit, alleging that town officials broke a “good-faith commitment” by ending the rezoning review. The town has asked the court to dismiss the case, saying a memorandum of understanding about the review process between the developer and a previous town board is “not a valid or enforceable contract.”

Planning Board approval: N/A
Number of units: N/A
Variances: N/A
Notes: Chevron listed the 153-acre former Texaco Research Center site for sale earlier this year. If a buyer is found, it will have to take over cleanup of the land with the Department of Environmental Conservation. A Chevron representative said this week that while the site continues to be marketed for sale, it doesn’t have any buyers or even a price, “since it could be contingent on a developer’s vision for the properties. While environmental impacts on the properties do not pose a risk to the community or surrounding areas, Chevron remains committed to seeing the properties remediated, whether we find this partner or not.” The company held public meetings in 2017 and 2018 to discuss redevelopment scenarios. 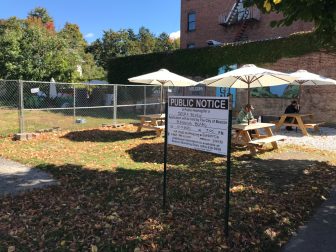 Planning Board approval: Pending
Number of units: Retail on the ground floor, office space on the second and third floors, and a single apartment on a recessed fourth floor
Variances: The developer has discussed a number of parking scenarios with the Planning Board, most recently an on-street plan that would provide six of the 23 spaces required.
What’s next: The developer proposes merging two adjacent lots for a four-story, set-back building. The City Council must approve a special-use permit for the fourth floor. The Planning Board began a public hearing in August on its environmental review of the project; it will continue Oct. 14.

Planning Board approval: Pending
Number of units: 40 townhouses
Variances: The developer is seeking conservation subdivision status, which would allow the Planning Board to modify minimum lot sizes, setbacks or other elements of the design to protect natural or historic features.
What’s next: A public hearing on the environmental review of the proposal has been ongoing since May. There is concern about wetland mitigation at the 8.6-acre site off Conklin Street, as well as opposition from residents in the adjacent Highland Meadows senior-housing facility, who believe the development will disrupt the neighborhood and add too much traffic. The hearing was scheduled to continue Wednesday (Oct. 14), but the developer asked for a postponement. 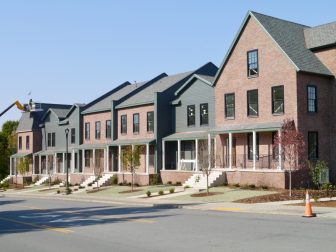 Planning Board approval: 2018
Number of units: 18 townhouses
Variances: The Zoning Board of Appeals allowed the developers to have 19 feet (rather than 70) between the buildings.
What’s next: The developer has proposed creating a public park behind the townhouses, next to a cemetery, and in return asked to have municipal recreation fees waived. The City Council last month discussed restoring the cemetery and creating a historical walkway that connects to Route 9D but took no action.

Planning Board approval: N/A
Number of units: N/A
Variances: N/A
Notes: Empire State Development, the state’s economic development agency, last year chose Urban Green Food to redevelop the former Beacon Correctional Facility, part of which lies in the Town of Fishkill. Plans introduced to the City Council for a “bike farm” include a hotel, indoor track-and-field venue and an arena for indoor cycling, plus dozens of acres of farmland and bike trails. An Empire State official said this week that the developer, who must finalize a contract with the state before going to the Planning Board, is continuing to develop a phased plan for the project. 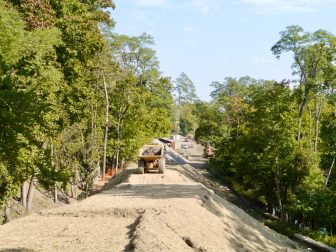 Planning Board approval: January
Number of units: 8, plus 20,000 square feet of commercial
Variances: The Zoning Board of Appeals allowed 93 parking spaces (instead of the 113 required), two 2,750-square-foot apartments (instead of the 2,000 square-feet max) and a four-story building (rather than the three stories permitted) at a height of 53 feet (instead of 40).
What’s next: Construction is underway on what will be the U.S. headquarters of Docuware, a German document management firm which had more than $64 million in revenue in 2019. The company is expected to move from New Windsor next year. 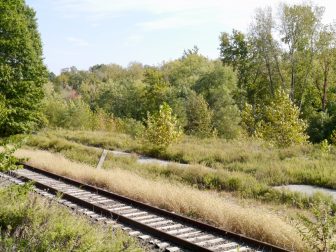 Planning Board approval: April
Number of units: 64, plus 25,400 square feet of commercial
Variances: None requested
What’s next: The Planning Board approved the project this year after a lengthy review. Plans include a 20-foot-wide creekside easement for the Fishkill Creek Greenway and Heritage Trail that runs the length of the development; the Planning Board reduced the project’s recreation fees in return. Concerns were raised earlier this year, despite Department of Environmental Conservation sign-off in 2003, that the former industrial site could still be contaminated after decades of dumping, but an environmental engineer hired by the city was satisfied with the state review of cleanup efforts.