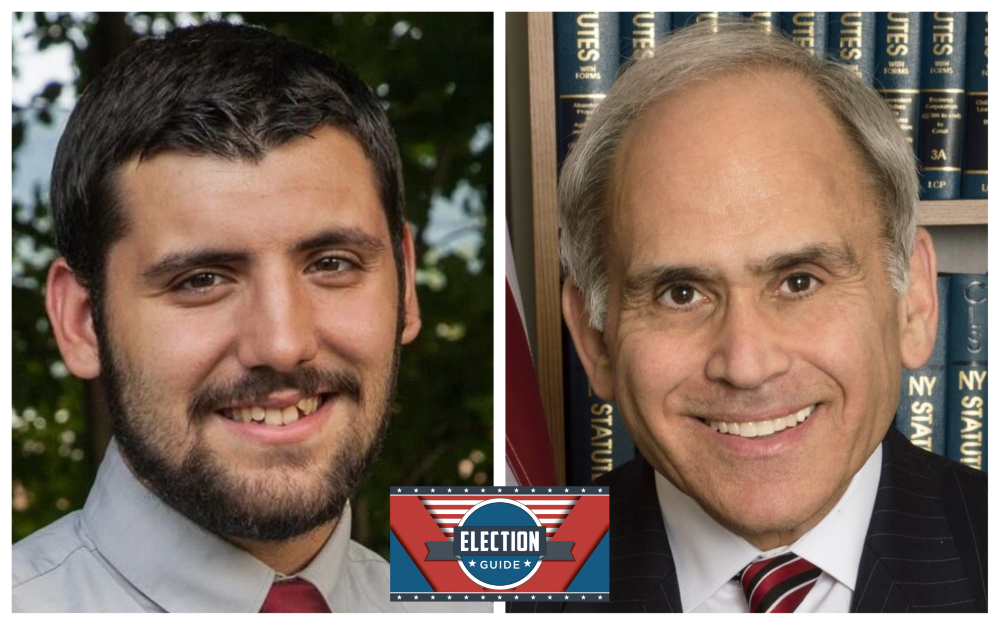 In the race for the state Assembly seat that represents the district that includes Beacon, Democratic incumbent Jonathan Jacobson faces a challenge from Republican Andrew Gauzza IV. Below are their written responses to questions posed by The Current.

Why should voters choose you over your opponent?

■ Gauzza: I have leadership qualities which my opponent lacks. My current occupation is as a project manager, and I was the grand knight at my college’s Knights of Columbus chapter. I am somebody who will lead from the front, and that is what this district needs in Albany.

■ Jacobson: When I ran for this office two years ago, I said I had the experience necessary to hit the ground running and get the job done, and I have done just that. I believe that my record reflects the values of our residents in the 104th District. I am proud of the many landmark pieces of legislation we passed which I supported, including the Reproductive Health Act which codified Roe v. Wade; the Comprehensive Contraception Act; the “Boss Bill” [which prohibits employers from “discriminating against employees based on reproductive-health decisions]; the Climate Leadership and Community Protection Act; early voting and other reforms to make voting simpler and easier; common-sense gun safety, including the Red Flag Bill, which establishes a process to remove guns from those who are deemed a threat to themselves or others; and GENDA [Gender Expression Non-Discrimination Act], which protects LGBTQ+ rights.

I am also proud that I rallied community leaders and legislators in Albany to stop the New York State Thruway takeover of the New York State Bridge Authority, which would have detrimentally affected our quality of life and raised tolls on our local bridges, including the Newburgh-Beacon Bridge, Bear Mountain Bridge and the Mid-Hudson Bridge. I was one of the first legislators to stand up against the directive to force nursing homes to take COVID-infected patients. After writing to the Department of Health, this directive was reversed. I secured an additional $25,000 for the Beacon City School District for a soundboard for the theater at the high school. I was the prime sponsor of seven bills which have been signed into law, including a major change in the election law extending the time to change one’s party enrollment.

Do police departments need reform and, if so, what should the Assembly do about it?

■ Gauzza: I believe that while police reform is necessary, defunding police departments is a dangerous idea which would do more harm than good. I believe that directing more funding toward de-escalation training and nonlethal options would be a more efficient remedy, and I would back this fully in the Assembly.

■ Jacobson: Police reform is necessary but each police department, and the municipality which it serves, has different needs and challenges. I agree with the approach by Gov. [Andrew] Cuomo to have each municipality come up with its own plan of reform after listening to the local citizens. During the session, I supported the police reform legislation, which passed. Once the legislation and the local reforms have been in effect for a while, we should evaluate the situation and see if any more legislation is necessary. I expect that the Legislature will hold public hearings and the governor will create a commission to study the issue.

Would you support or oppose term limits on state legislators? Why?

■ Jacobson: I oppose term limits on state legislators. We have term limits — it is known as elections. I would keep the two-year term which gives great accountability to the voters. One problem with limiting the number of years a legislator can serve is that the unelected staff gains too much power since the elected legislators are frequently leaving. I believe in the elected official having the ultimate say since only the elected official is accountable to the voters.