In July we shared tables showing how much each federal candidate for elected office had received from local donors in the first half of 2020, as compiled by the Federal Election Commission (fec.gov). The chart below provides the same figures through Oct. 19.

Individuals may give up to $2,800 per federal candidate per election (primary and general), as well as annual contributions of up to $5,000 to political action committees (PACS), $10,000 to state party committees and $35,500 to national party committees. (So-called “Super PACs” can accept unlimited money.)

Our chart includes candidates and PACS that received at least $1,000 in contributions from residents of any ZIP code in the Highlands. The number of donors is in parentheses following each total. Money given to PACS that support specific candidates is included in the totals for that candidate. 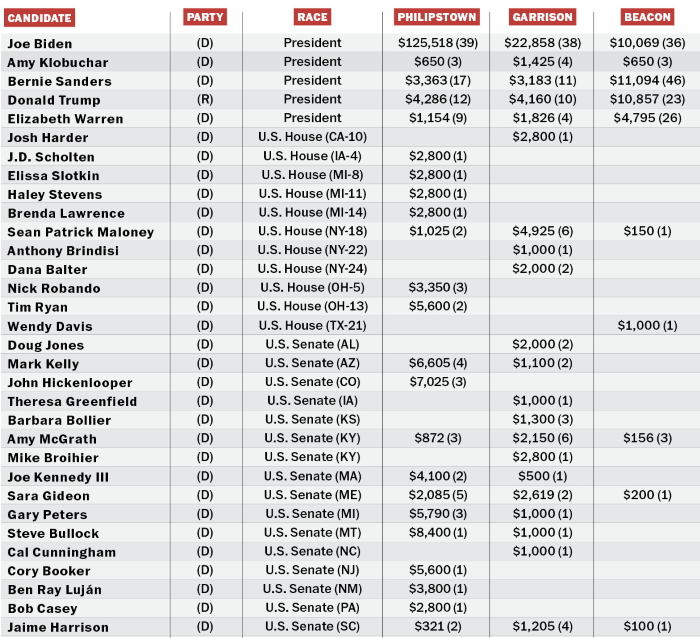 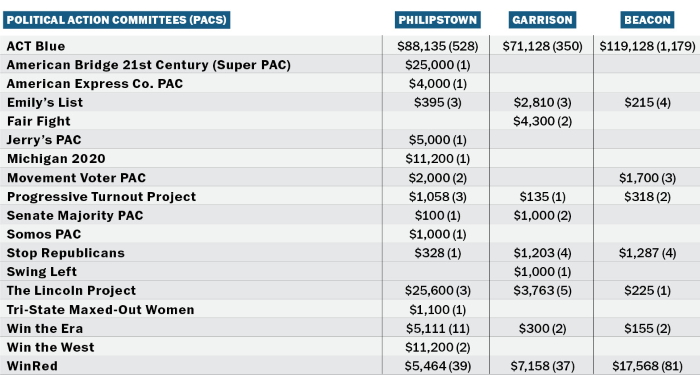 The National Institute on Money in Politics (followthemoney.org) tracks which groups and individuals give to candidates for state and federal offices. The top donors for elected officials and candidates in the Highlands are: 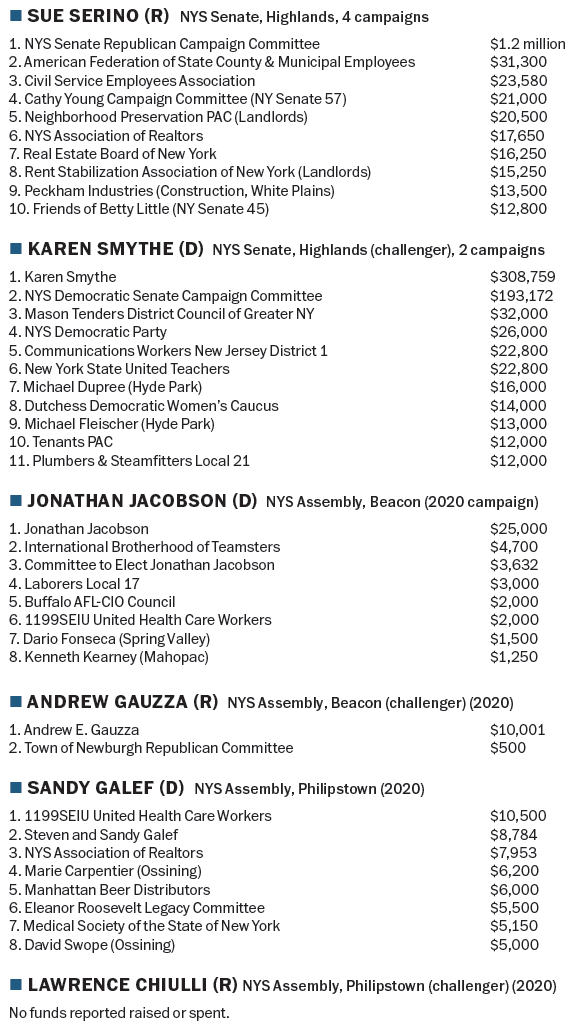 According to Opensecrets.org, which also tracks campaign finance, large individual contributions made up 58 percent of Maloney’s contributions, PACs account for 26 percent, and donations of $200 or less are 13 percent. As of Oct. 19, Maloney had $1.15 million on hand.

*Farley challenged Sen. Kirsten Gillibrand in 2018. According to Opensecrets.org, large individual contributions made up 65 percent of Farley’s contributions, PACs account for 9 percent, and donations of $200 or less are 15 percent. As of Oct. 19, Farley had $255,000 on hand.