There was a long line of voters outside the Putnam County Board of Elections on Saturday (Oct. 24) in the first day of early voting in New York State. 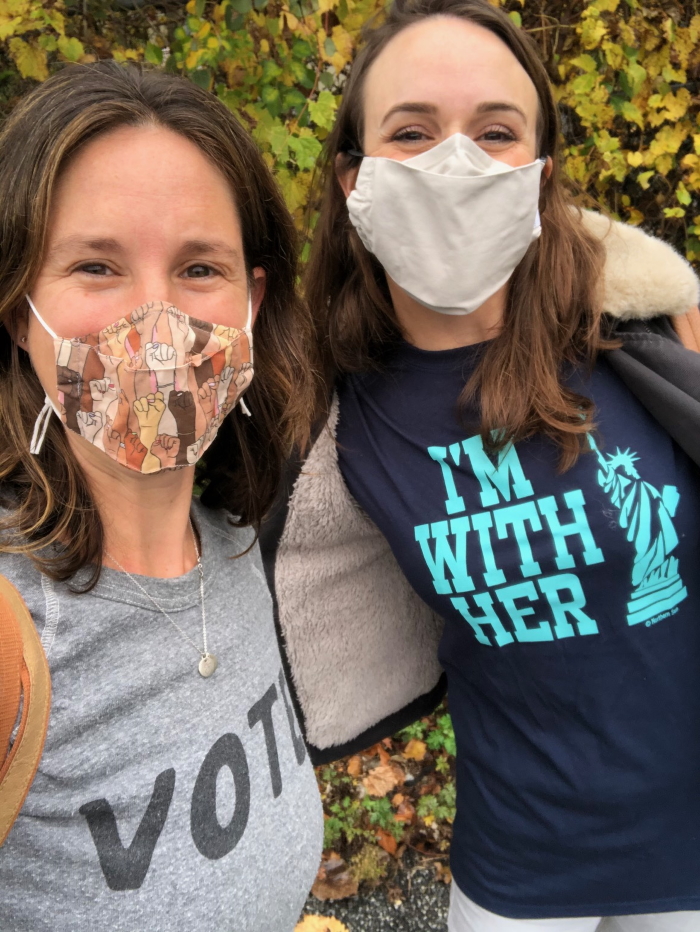 State law requires counties to have one early-voting site for every segment of 50,000 voters, although it can have more. Because Putnam has 69,409 registered voters, it is required to have only one site for early voting, at the BOE offices at 25 Old Route 6.

Krystal Ford of Garrison, who became a naturalized citizen in 2018, voted in her first presidential election. She said she waited four hours to get inside.

Nancy Bobrowitz said at one point the line snaked around this parking line and around the perimeter of the bowling alley next door. But people waited, despite a drizzle.

There was also a line at Fishkill Town Hall, at 807 Route 52, one of five early-voting sites in Dutchess County, and the one closest to Beacon.

Here are the remaining times for early voting in Putnam and Dutchess counties. The polls will be open from 6 a.m. to 9 p.m. on Election Day, Nov. 3.