James Collins Jr., 74, died Oct. 21 at St. Luke’s Cornwall Hospital in Newburgh. He had lived for many years at Ability Beyond, a residential living home in Beacon.

Junior was industrious and friendly as a child, his family said. He would pack bags for customers at a local supermarket in Brooklyn and use his earnings to buy candy, which he would share with his sister, Maggie. When Junior was 4, he was hit by a car, which led to him needing full-time care.

He is survived by his siblings, Roger Collins and Maggie Marshall. A memorial service was held on Oct. 28, followed by interment at Rosedale Cemetery in Linden, New Jersey. 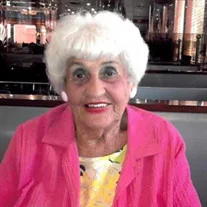 Emily DeGelormo, 97, a lifelong resident of Beacon, died Oct. 25 at her home.

She was born in Beacon on May 5, 1923, the daughter of Antonio DelBoccio and Marianine Antonucci. She was the last surviving of nine children. At age 9, she swam across the Hudson River from her home in Chelsea. On Aug. 13, 1944, she married Anthony DeGelormo, who died in 2002.

Emily was an avid bowler for more than 60 years and was active in the Touponse Leagues in Beacon. She loved candy and sweets. She always looked forward to trips to the casino where she played the penny and nickel slots and “never lost, always won,” as she said.

She is survived by her son, Tony DeGelormo (Barbara); her son-in-law, James Arthur (Barbara White); her granddaughter, Kristen Hernandez (Chris); her grandson, David DeGelormo; and her great-grandson, Gino.

A Mass of Christian Burial was held Oct. 29 at St. John the Evangelist Church, followed by entombment at Cedar Hill Cemetery in Newburgh. Memorial donations may be made to the Hudson Valley Hospice Foundation (hvhospice.org) or the Beacon Volunteer Ambulance Corps, PO Box 54, Beacon, New York 12508.