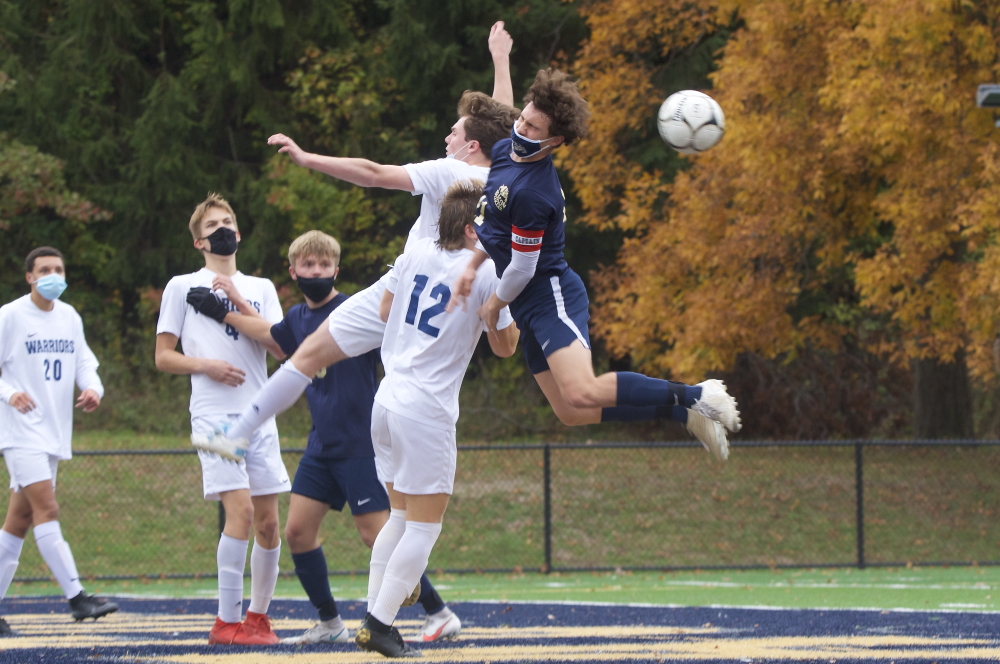 Dillon Kelly (in blue) wins a battle for the ball during Beacon's win over Lourdes. (Photo by S. Pearlman)

The Beacon High School team hit the field running in this wacky 2020 fall season and have not looked back, compiling a 6-0 record and clinching their fifth consecutive league title on Tuesday (Oct. 27) with a 2-0 home victory over Lourdes.

Dillon Kelly converted a pass from Tommy Franks midway through the first half to put the Bulldogs on the board, and Chase Green finished a Reagan Ladue feed early in the second half to cap the scoring. Keeper AJ Lucas needed just three saves in the victory. 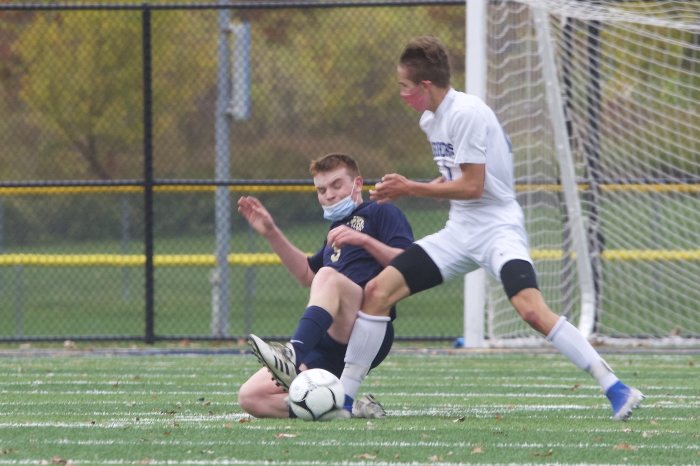 Coach Craig Seaman said his team “controlled possession and dictated the pace of play” against their Poughkeepsie rivals. “Javier Piguave moved positions and had a good game for us.”

On Saturday (Oct. 24), the Bulldogs got two goals from Kelly as well as goals from Warren Banks, Jack Philipbar and Derek Bilyeu in a 5-1 win over Peekskill.

“Peekskill is the only team we play that plays on natural grass, and it was a small, and not ideal, field,” Seaman said. “They were up 1-0 two minutes into the game, but the boys didn’t panic and scored five goals in the next 20 minutes.” 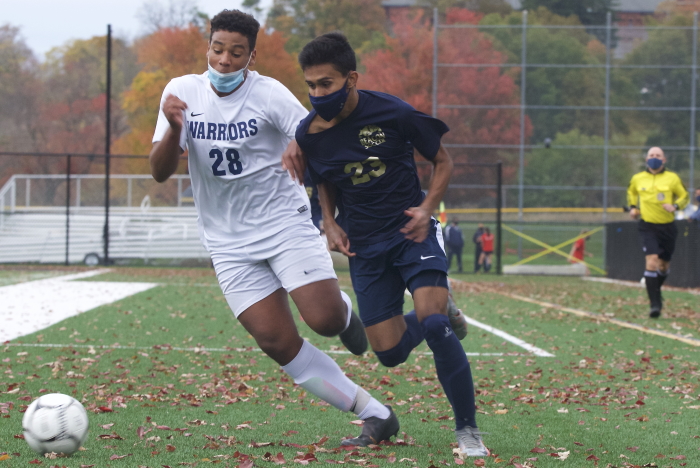 The Bulldogs also defeated Hendrick Hudson, 1-0, on Oct. 22 on a goal by Banks, who was assisted by Miguel Ruiz.

“Hen Hud is tricky,” Seaman said. “They’re super-physical, and they played very defensively, so the game never opened up for us.”

Beacon is scheduled to host Hendrick Hudson on Tuesday (Nov. 3) and North Rockland on Thursday before traveling to John Jay East Fishkill on Friday.

After playing an unimpressive first half on Tuesday against visiting Croton-Harmon, the Blue Devils took over, turning a one-goal deficit into a 5-3 victory.

Frank Bentkowski Jr. scored twice for the Blue Devils; Andrew Silhavy had a goal and an assist; Max Westphal and Clement Grossman each scored; and Matt Silhavy had an assist. Keeper Ronan Kiter was credited with six saves

Coach Ahmed Dwidar said his team was “sloppy” initially, perhaps because they had beaten Croton-Harmon 3-0 earlier in the season. 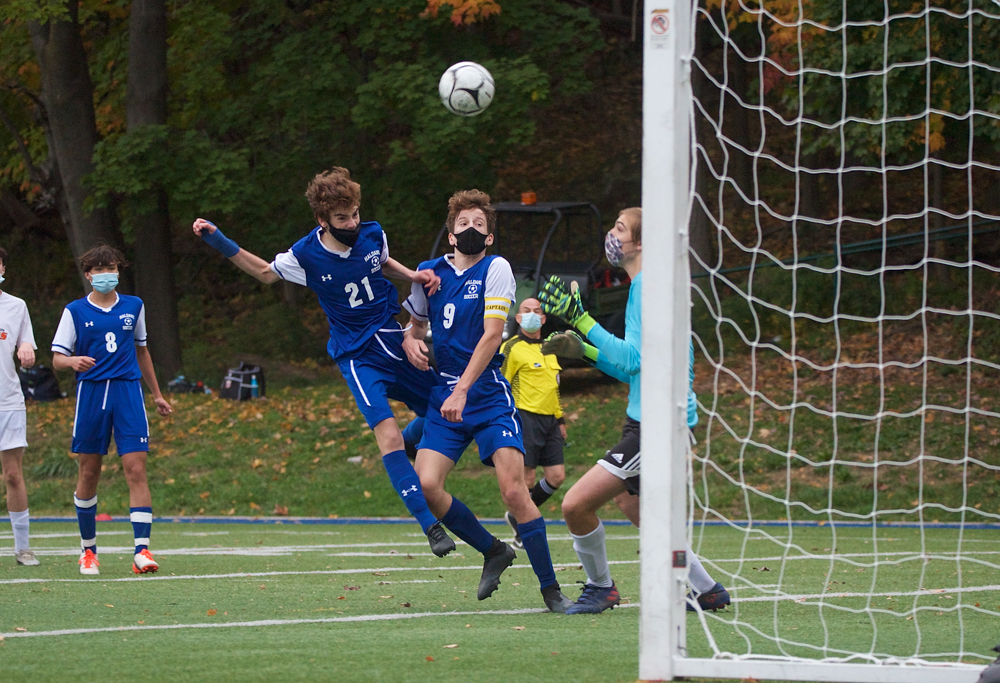 Haldane freshman Clement Grossman (21) scores on a header to tie the game against Croton-Harmon on Tuesday. (Photo by S. Pearlman)

“That concerns me, because we have to be consistent,” he said. “We can’t be a first-half or a second-half team. We have scored 12 goals and have three wins, which is a nice improvement over last season.”

On Saturday (Oct. 24) at Haldane, the Blue Devils defeated Putnam Valley, 4-2, with Grossman scoring twice and Bentkowski and Ryan Eng-Wong each adding a goal. Keeper Graeme McGrath had eight saves.

Haldane avenged an earlier 3-0 loss to Putnam Valley and also won on Senior Day for the first time in four seasons.

Haldane is scheduled to play four games in the next five days, hosting Peekskill on Saturday (Oct. 31) before traveling to Putnam Valley on Monday, North Salem on Tuesday and Arlington on Wednesday.

Photos by Scott Warren (except noted)

One thought on “Boys’ Soccer Roundup”