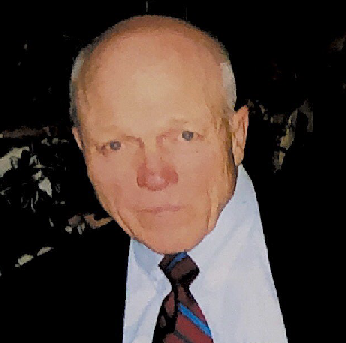 He was born April 30, 1931, in Cold Spring, the son of Norman and Mabel (Mekeel) Champlin. He is survived by his wife of 59 years, the former Anne Hopper.

Ray graduated from Haldane High School in 1948 and attended the University at Albany, where he majored in education. After earning his degree, he joined the U.S. Army and served as part of the peacekeeping force in Germany after World War II.

After returning home in 1955, he began teaching math and science at Haldane.  He also was an assistant football coach for 15 seasons and launched the tennis program in 1964, coaching for 26 years until his retirement.

In 1989, after 34 years at the school, Ray retired on the day his son Jon graduated. In 2018, he was elected into the Haldane Athletic Hall of Fame for his coaching tenure.  Not being one to sit around, after his retirement he taught part-time at Marist College and IBM and conducted SAT preparation classes and tutoring.

Ray tried to take an individual interest in each of his students by trying to figure out how to connect with each one – whether it was through academics, athletics or the arts, his family said.  One of his greatest joys was seeing former students and catching up with them on where life had taken them.

He was a lifetime member of the Cold Spring Baptist church (now Church on the Hill) and served for many years as a trustee for the Butterfield Library for many years.

In addition to his wife and son, Ray is survived by his grandchildren, Michael Champlin and Matthew Champlin.