The Artichoke returns to the Howland

Storytelling is making a comeback at the Howland Cultural Center with the return of The Artichoke.

Hosted by Drew Prochaska, the series — which nearly always sold out — returns on Saturday (Nov. 14) as a livestream. The show will be performed before a small audience (the other storytellers and a few Howland staff members) and broadcast online, and also filmed and made available for a month to ticketholders. 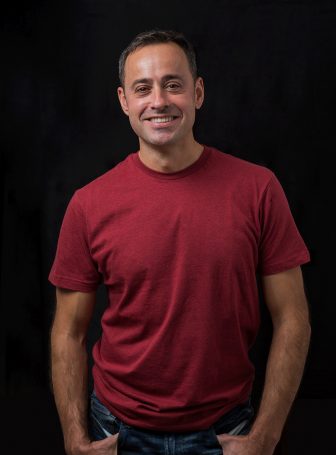 Prochaska, who brought storytelling to the Howland in January 2019, is producing the show with John Blesso, a Beacon resident who, in addition to spinning a yarn, hosted his own storytelling nights at Dogwood and Oak Vino that are now on hiatus because of the pandemic shutdown.

Prochaska and Blesso met through Dogwood “and we hit it off and decided to space out our events so they didn’t conflict,” Blesso recalls. “Drew was deep into that world in the city. He got the very best from New York City to come to his shows. They also loved that Drew paid them, which is rare in the world of storytelling. Performers love it here.”

Prochaska has said he named his series The Artichoke as a metaphor for “performers who start out rough but blossom during the telling of their tale,” such as the bud, “a greyish green thistle with pointy leaves but a tender heart.”

Modeled after a storytelling series on National Public Radio called The Moth, performers present their tales extemporaneously in 10-minute blocks.

Blesso says he and Prochaska and other storytellers aren’t entirely comfortable telling stories on Zoom without any in-person spectators.

“Drew and I have both been invited to tell stories by Zoom, but being alone and telling your story to a wall feels edgy but not the good kind of performing edgy,” Blesso says. “I felt uncomfortable and anxious because I had no idea if what I was saying was landing. That’s why for us it was so important to do our livestream from an actual stage with all of the performers together in front of a socially distanced audience. We need that back-and-forth connection.”

Blesso moved to Beacon six years ago. He is a writer — he published a memoir in 2007 — and a landlord who renovated a mixed-use building in Brooklyn and a two-family house in Beacon.

He has been working on a second memoir for the past decade and that process turned him to storytelling, he says. “I was planning on publishing it in parts on Kindle, and I thought if I could turn some of the chapters into stories, it would help with the book,” he says. “That’s why I first began with storytelling.”

Blesso feels that some of the best stories are about mundane things.

“A lot of people think a good story has to involve armed conflict or beating cancer, or something like that, but that’s not true,” he says. “The story should have stakes and a beginning, middle, end. When I first started, there were so many things I didn’t properly respect about the form. I thought if you were a writer it would be like a major leaguer going to play softball, but they are different formats. The way that you write is not the way that people speak. If there’s not something that is actively advancing the action and supporting your story, you have to get rid of it. There may be things you think are compelling but don’t belong in the story.”

Asked what he would consider a great Beacon setting, he says: “I’m tempted to say Main Street. Somebody sets out to do something on Main, they run into somebody else and their day becomes very different.” A half-hour later, he provides more detail: “A great Beacon story would be getting dumped and then wanting nothing more than to console yourself on a Saturday morning with a Taylor ham-and-cheese from Mr. V’s, and then to meet the person who will become your next significant other while waiting in line…”

Tickets for the Nov. 14 livestream are $15 at theartichoke.ticketspice.com.