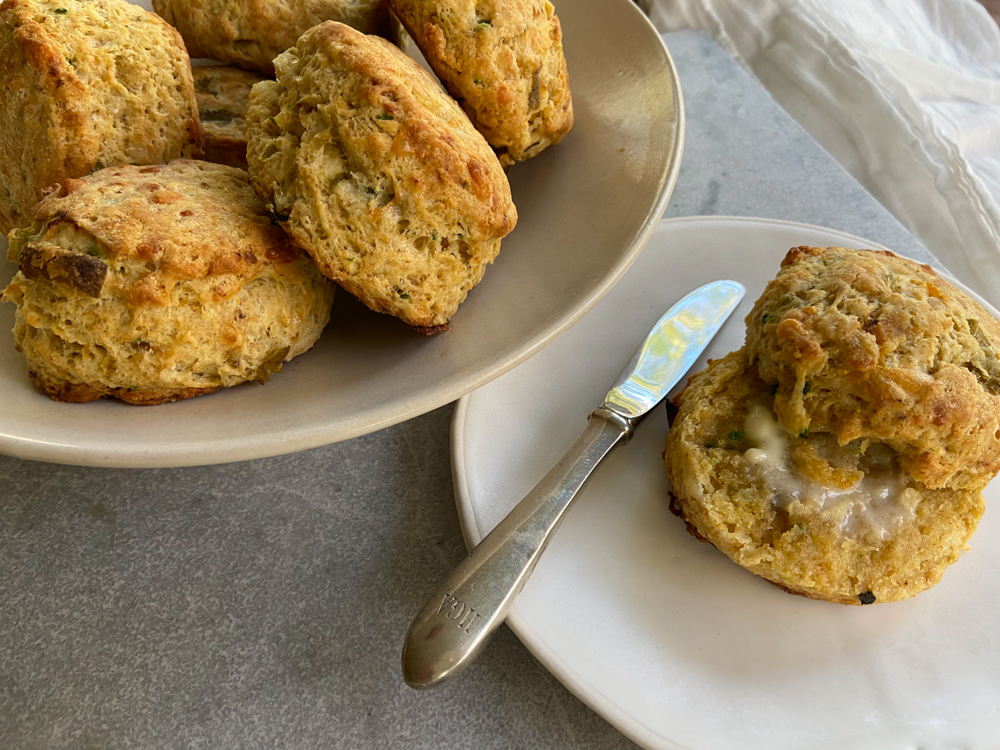 Ask around for advice on what to do with an abundance of green tomatoes, and chances are you’ll be told to fry them, Southern style.

It’s not a terrible suggestion. You slice up a couple of firm, tart tomatoes, dredge each slice in seasoned flour, dip it in egg and cornmeal, and fry it in oil. And great, yum: 20 minutes later, you have a crispy, hot treat you can eat in small quantities before reaching utter satiety, an oil-and-batter-spattered stove and seven pounds of green tomatoes still waiting to be cooked. Or at least that’s how things looked in my kitchen last week.

It’s a bit like asking for advice on how to get rid of all the fallen leaves in your yard and being told to make a leaf-print placemat: Nice idea, but it doesn’t get to the heart of the problem.

As with many things, the first signs I was heading toward a tomato crisis appeared gradually: a tomato here, a tomato there. Then the frost arrived, and I found myself in possession of such a great quantity of green tomatoes that, having filled a baking sheet and breakfast tray, they spilled over to occupy the bench in our mudroom.

2020 has offered us many occasions to think about how we each, as individuals, can find right-sized solutions to monumental problems. One thing seems clear: our personal contributions, however trivial they might sometimes appear, matter as part of a collective effort. Small gestures — voting, wearing a mask — can have a big impact.

But kitchen wisdom doesn’t always extrapolate neatly onto global issues, and vice versa. I fried up two green tomatoes, which my family couldn’t even finish, and spent half an hour scrubbing the stove.

Meanwhile, those tomatoes were continuing to ripen. As it happens, that’s a good thing, since it reduces their bitterness along with certain alkaloids that have a reputation for being toxic. Are they? I decided to look it up, half-hoping to find an excuse to compost my remaining harvest.

No such luck. According to food scientist and writer Harold McGee, “There’s scant evidence for tomato toxicity in the medical and veterinary literature.” Indeed, in a 2009 article in The New York Times, McGee quotes a Food and Drug Administration research chemist who’s found that the alkaloids in green tomatoes are not only “relatively benign” but reduce cholesterol in animals and can inhibit the growth of human cancer cells.

Nudged to carry on, I probed my memory for inspiration. And there it was: I would roast my green tormentors — er, tomatoes. Several decades ago, I went through a phase of slow-roasting regular tomatoes by the dozens. Sprinkled with a little salt and sugar, they’d turn rich and a little chewy, and were amazing on sandwiches, or added to grain dishes and salads. Unlike fresh tomatoes, they also kept well in the freezer.

It took a while to chop and roast up the entire collection. But the resulting nuggets were dense and flavorful, and I decided they’d make a fine addition to corn bread or biscuits, the latter of which I often make for Thanksgiving. I whipped up a batch of cheddar-jalapeno-green-tomato biscuits and was thrilled with the result. So were the half-dozen people I forced to try them (I like to do my research on actual humans, scientist-style). The rest went into the freezer, to await better days.

Seen from one perspective, cooking is all about precision: measuring cups, baking times, temperatures, rules. But it’s also about improvisation, adaptation and persistence. Maybe, then, there’s a life lesson in here after all: Stay loose and keep trying. Things might just turn out OK after all.

Makes 10 to 12, depending on the size of your biscuit cutter

If you don’t have buttermilk, mix ¼ teaspoon vinegar (cider or white) into
½ cup whole milk, and stir.

Heat the oven to 425 degrees. Line a baking sheet with parchment. Combine the roasted tomatoes, cheddar, and jalapeno in a medium bowl, and toss with 1½ tablespoons flour to coat thoroughly. Set aside

Place all the dry ingredients into the bowl of a food processor, and pulse to combine. Add the butter pieces, and pulse until the mixture has the texture of coarse meal. Whisk together the buttermilk and egg, and add to the flour mixture, pulsing briefly. Add the tomato-cheddar mixture, and pulse again, just until the dough comes together.

Turn the dough out onto a flour-dusted surface and pat into a rough rectangle. Fold the rectangle in half, turn it clockwise 90 degrees, pat, and fold again. Press into a 1-inch high rectangle. Cut into rounds using a biscuit cutter, or use a knife to make square biscuits. Brush the tops with melted butter. Bake until lightly browned, about 15 minutes.

Heat the oven to 350 degrees. Place the cut tomatoes in a sieve and allow to drain, tossing occasionally. Line a baking sheet with parchment. Spread the tomatoes evenly, sprinkle with the sugar and salt, and roast, 25 to 30 minutes, or until just starting to brown, turning the pan halfway through.