An Orange County court on Thursday (Nov. 12) dismissed a claim by Dutchess County Judge Peter Forman that police officers should secure voting records at the Board of Elections in Poughkeepsie so they will be available to challenge the results if he loses. 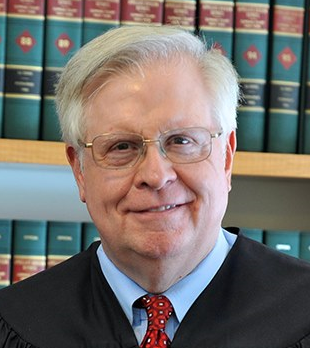 Forman, the Republican incumbent, is hoping to keep his seat in a race against Jessica Segal, a Democrat. The unofficial early and Election Day tally showed him with a lead of about 8,300 votes.

Segal will need to win about 65 percent of the absentee ballots, which the Board of Elections in Poughkeepsie began counting this week. The results will likely come down to which candidate receives the most votes among mail-in ballots submitted by about 6,700 independent voters.

In a preliminary count provided by Dutchess election officials on Monday (Nov. 16), with 75 percent of 30,928 absentee ballots counted, Segal was winning about 69 percent of the ballots and had cut Forman’s lead to 408 votes. To prevail, she needs to receive just over half of the remaining mail-in votes.

Forman, who lives in Beacon, asked the judge to order police officers to “secure” absentee ballots and other election material, such as flash drives from voting machines. He filed his claim in Orange County Supreme Court on Nov. 10, saying “it is nearly certain” that Dutchess judges would have recused themselves from hearing it.

In the filing, Forman cited no evidence of irregularities in the count but only the possibility that they could occur, such as alleging that election machines “may have been defective” or that the board “may or will make errors” authenticating signatures. He asked the court to prevent the Board of Elections from certifying the election results unless he wins, and to be ready to hear his appeal if he doesn’t.

In dismissing the motion, which named the Board of Elections and Segal, Judge Robert Onofry said its arguments amounted to “speculation” and that, regardless, Forman had not suffered any “injury” that needed remedy since the votes were still being counted. The candidate also presented no evidence, the judge said, that he would be “prevented or hindered from obtaining proper review of the process” should he lose.

One thought on “Court Dismisses Claims by Dutchess Judge Candidate”