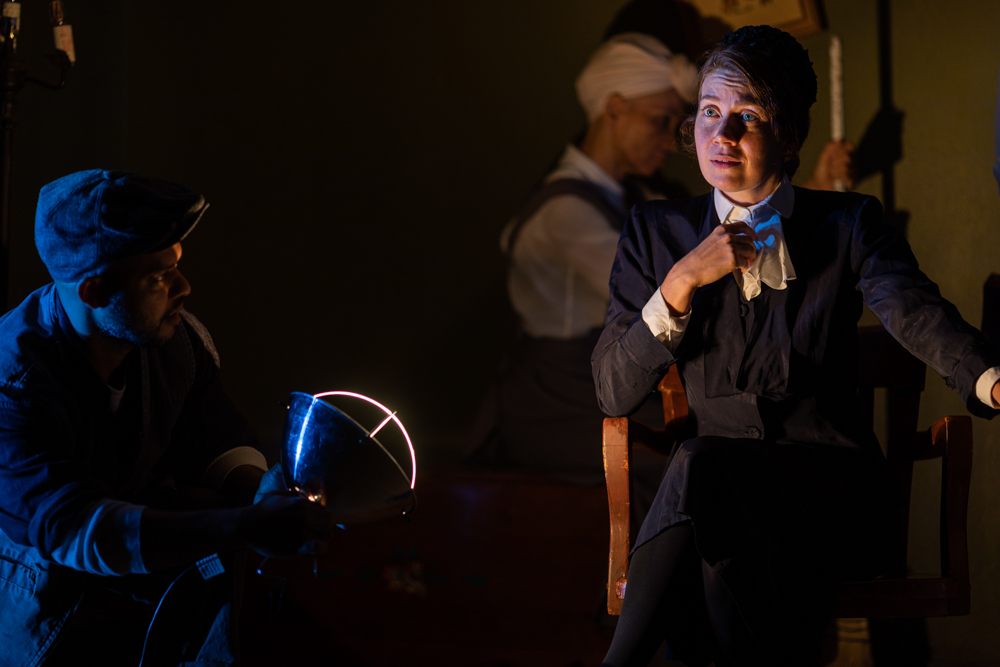 Eliza Fichter in "The Crucible" (Photo by Nile Scott)

Reading up on printmaker Eliza Fichter, whose work was included in this year’s Beacon Open Studios, I got confused, thinking maybe there were two people by the name, one of them an actor and the other a visual artist. A few more clicks revealed they are one and the same, and an arts educator to boot.

Visual arts came first: Printmaking was a family tradition, something “always present in my house when growing up. We’d make prints which we’d send out various times a year. They were strewn all over the kitchen. Printmaking feels more like something I’ve always done, rather than anything formalized,” Fichter says. 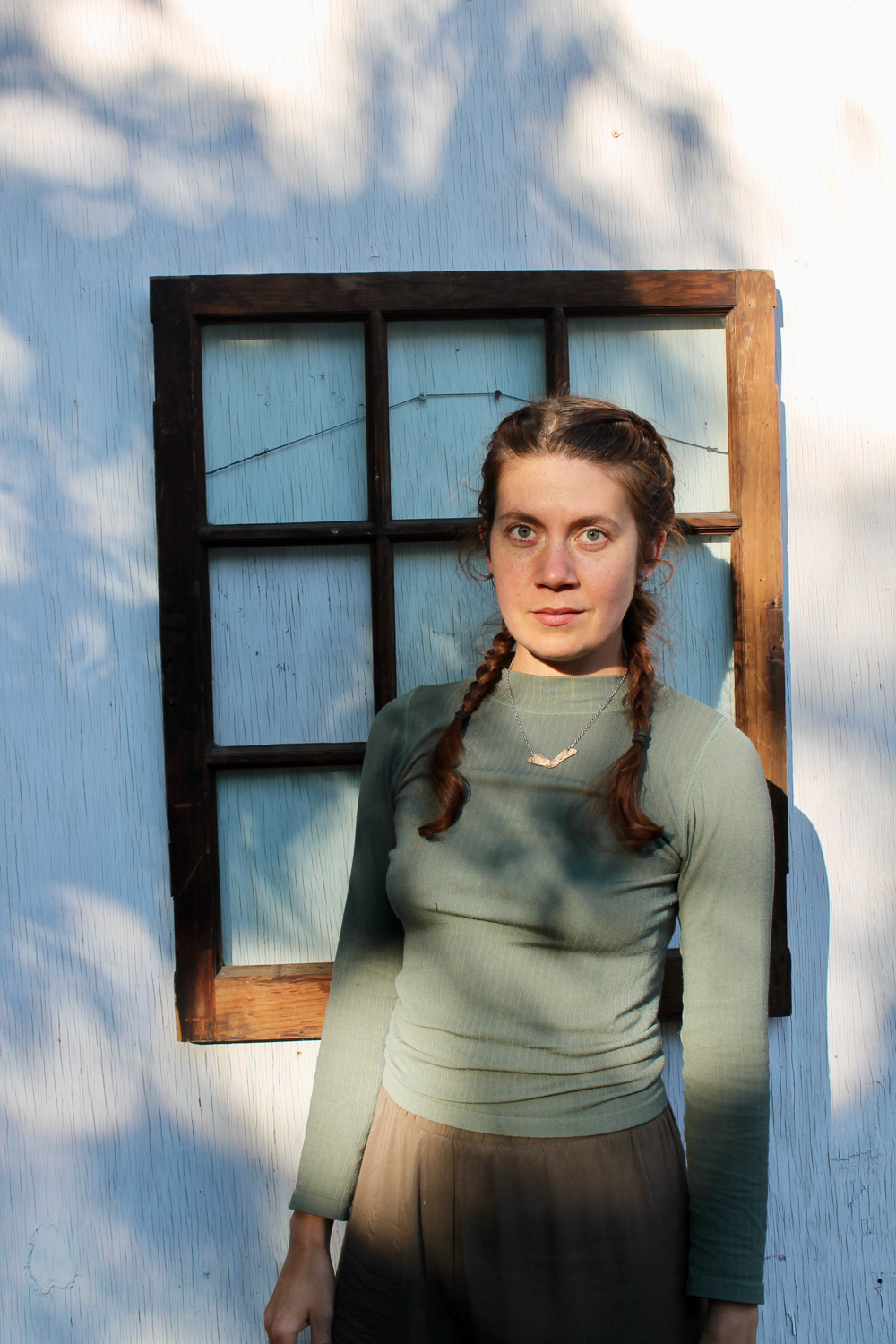 Now, as then, she appreciates that “every time you roll that paint onto the paper it’s a slightly different tint, or something else individualized.” Fichter’s woodcut, linoleum and copper-etching prints, which she sells at heartwoodprints.com, are done by employing a process in which she “will often go into an environment new to me, a walk I haven’t done before, or just sitting in my garden, observing small things. That has helped me notice, in theater, how small a choice can be that will have a big impact on the audience.”

Fichter, who has shown her work at the Atlas Winter Market and the Garrison Art Center’s Riverside Crafts Fair, will have some of her designs in the Howland Cultural Center’s Holiday Small Gift Show that begins Nov. 21.

Growing up in Cambridge, Massachusetts, Fichter took her first formal printmaking classes while attending Boston University. By then, theater had become an equal focus — she earned a BFA in acting there. Then, as now, she continued creating in both forms.

“Printmaking is generally pretty isolated, while theater is really collaborative,” she observes. “Financially, they have strengthened each other and have helped me see things in one that I hadn’t seen in the other, in a balanced way.” As an example, Fichter cites her process during rehearsals for the Bedlam theater company’s 2019 Cambridge production of The Crucible.

“In that production, there is this section of text where the character I was playing was imagining a profoundly devastating image,” she says. “I was having difficulty visualizing such a traumatic and painful loss but when I spent hours looking at a tree or a grasshopper — that takes a real level of visualization, and it engages the imagination — the specificity is what allows for that honest engagement and response in the body.”

Fichter’s career as an actor began right after college, when she spent a year traveling with the National Players, the education arm of the D.C.-based Olney Theatre Center. “Ten of us traveled with three plays in rep, moving every three nights or so, bringing theater to places like South Dakota and West Virginia, where it’s presumed that great theater doesn’t take place and also that great theater doesn’t need to take place,” she says.

Fichter and her partner, David Keohane, moved for four years to Chicago, before returning to Cambridge, where Fichter earned a master’s in arts in education at Harvard, with a focus in “death education.”

“I had, as we all have, by that point some close experiences with death and dying in my family and I was thinking about how art can connect with our relationship to mortality,” she says. “I had worked at a printmaking studio in Chicago, as well as teaching theater, and I noticed students grappling with big important questions about living in the present, what it means to grieve and how to use art to mend our relationship with death.

“With so much medicalization of death, I entered grad school with a focus on exploring our relationship with end of life through art. I spent a lot of time being with women who worked in health care and in end-of-life systems and support, and learned from them how they help folks come to terms with their mortality.”

With the success of the Boston production of The Crucible, it was set to open off-Broadway in March. Keohane is also in the cast, and the couple spent a couple of months housesitting in Cold Spring before moving to Beacon just before rehearsals began. On March 12, the pair found themselves unemployed.

Fichter says she initially found it hard to meet people until she joined the protest marches. “I’ve become involved with Beacon 4 Black Lives, which is a joyful organization but one that is holding our community responsible. I am imagining and reimagining what the future will look like, and hopefully will come to it with a renewed sense of intention. Finding connection between far-apart endeavors is where I feel most alive.”