The Odd-Fellows of Matteawan “were sorely exercised,” according to The New York Times, “by the receipt of a letter from a prominent brother who was supposed to have died some time previously and for whom they had gone to the trouble of hanging their lodge room with emblems of mourning, and engrossing elaborate resolutions, etc.”

Oliver Curtis Perry, a notorious train robber, was returned by train to the Matteawan asylum for insane criminals from the state prison in Auburn. He had been sent upstate the previous June after being judged to be sane. But at the prison, he attempted to put a needle into his eye in an apparent bid to be returned to the asylum. He was brought in a sleeping car attached to a mail train watched over by two guards and shackled by his hands and feet to another inmate on his way to Sing Sing. The group changed to the local train at Poughkeepsie. “Perry was on his good behavior, but was peevish, and the curious crowd that stared at him on the platform annoyed him,” reported a Buffalo paper.

O.V. Sage, the warden at Sing Sing, said he would replace the kerosene lamps in cells with electric lights to prevent inmates from setting fire to their beds in an attempt to be judged insane and sent to a hospital or the Matteawan asylum. He said the system would allow guards to turn the lights off and on rather than relying on prisoners to light and extinguish their lamps.

Luin Clifton, of Matteawan, died in New York City at age 20 of typhoid fever. She was the daughter of John Clifton, a well-known Hudson River advertising agent, and a student at the De Garmo Institute.

The day after the general election, the Poughkeepsie Eagle-News reported the vote totals for Dutchess County with the exception of Beacon, where it reported that as of 3 a.m. the count was still “badly muddled.”

When the self-starter on a touring car owned by Howard Schofield of Beacon was not working properly as he prepared to leave a ferryboat to Highland, he stood in the front of the vehicle to crank the engine. It started, and then plunged through the boat’s gates and into the river, taking Schofield with it. Schofield, who worked at the Merchants Saving Bank in Beacon and was on a hunting trip, was pulled from the river as he struggled to swim in his hip boots and overcoats but lost his two hunting dogs and guns worth $250, along with his vehicle.

Ferdinand Hoyt, of Beacon City Court, said he believed he had set a Dutchess County record for officiating at marriages after performing 48 in 13 months.

A jury awarded real-estate broker John Knox Sr. $425 after he filed suit against the owner of a Beacon home, Samuel LaMont, who sold the house on his own but refused to pay the 5 percent commission.

James Eroh, who had served in the French army for four years, returned to Beacon with a French wife.

Because of a shortage, John Cronin, the commissioner of public safety, ordered the city attorney to draft an ordinance restricting the sale of coal. One firm, the Long Dock Coal Co., had refused to cooperate in rationing. Cronin said coal could only be sold to residents and that no one could buy more than 1 ton at a time.

The Decker Press at 537 Main St. was offered for sale, including its machinery and stock.

John Gantvoord, a Glenham resident and president of the National Oven Co., was towing a car with his 14-year-old son at the wheel when the boy lost control on Fishkill Avenue and struck two pedestrians.

The Glenham Embroidery Co. near Beacon announced it would close its stitching department because of the decline in demand from New England woolen mills. The decision was expected to put 200 people, mostly girls, out of work.

Police said a 12-year-old boy was responsible for splashing black printer’s ink on Halloween on the freshly painted white doors of a Verplanck Avenue merchant.

Robert Montgomery, a Fishkill Landing native and Oscar-nominated actor who left the industry in 1941 to become a naval officer, returned to his family farm between Pawling and Brewster. He said his first postwar film would be They Were Expendable, with John Wayne. 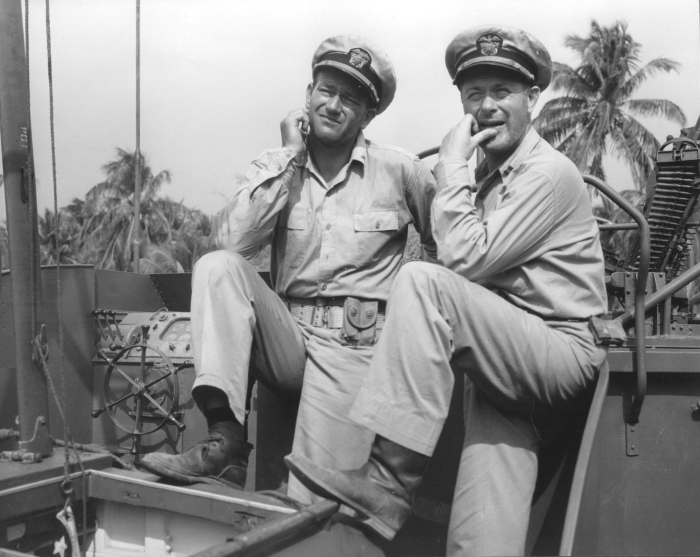 An agricultural census found that Dutchess County had the largest increase in farms in the state since 1940, with a gain of 668. Beacon had 39 farms, which was more than Fishkill (22) or Poughkeepsie (25).

J. Lewis Bolton was elected mayor of Beacon, defeating Reginald Conklin. He succeeded Wheaton Avis, who decided not to run for re-election but was one of four Republican candidates who won seats on the five-member City Council.

Three Beacon residents were the first searchers, at 3 a.m., to locate the site of a plane crash on Mount Beacon that killed six Navy men and officers. The twin-engine transport had crashed about noon the previous day (Nov. 11) in heavy fog on Bald Rock ridge. More than 200 Navy men arrived in buses to clear a path through the underbrush to carry each body on a stretcher 2.5 miles down the mountain. Among the dead was Commodore Dixie Kiefer, 49, who had been so frequently wounded in two World Wars that James V. Forrestal, a Beacon native who was then secretary of the Navy, called him “the indestructible man.” 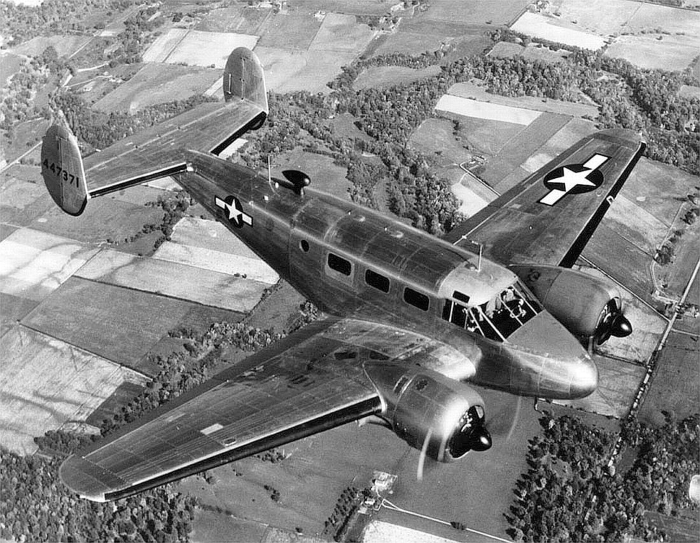 A twin-engine Beechcraft similar to the one that crashed on Mount Beacon in 1945.

Police recovered a gold retirement watch presented to the late City Judge Thomas Hassett that had been stolen during a burglary in August, but the inscription inside had been removed.

The Beacon Patrolmen’s Benevolent Association held its 15th annual dance on a Wednesday night from 9 p.m. to 1 a.m. at the Beacon High School gym, featuring Bob Cronin and his NBC Orchestra.

A 27-year-old Beacon man was arrested by state troopers on charges he stole $20,000 worth of diamond rings and other jewelry from a Glenham home where he had been hired to paint. Police said they found spots of paint on the dresser drawers in the bedroom.

A 31-year-old Beekman Street resident who had recently been discharged from the Army was killed when a pot stove exploded in his cellar. His father-in-law survived with head injuries. The medical examiner said the victim died of shock after his left leg was blown off. Police said that the men apparently neglected to open a valve in the stove after lighting the wood inside.

Two prisoners described as “extremely dangerous” escaped from the Matteawan State Hospital after sawing through the bars in the dining hall window. (A third patient was captured after he fell while scaling a fence and broke his leg.) Robert Barteski, 38, of Long Island, was a convicted rapist charged in the shooting of a New York City police officer, and Joseph Famiglietti, 32, of the Bronx, was an accused robber. [After their escape, the men stole a car and drove to Atlanta. Barteski was arrested in December after a gunfight with police, but mistakenly discharged from the hospital; he was re-arrested in January. Famiglietti was arrested in Florida in January while using an alias — and with $42,000 in cash — but released on bail before being identified as a fugitive. In July, Famiglietti was shot dead after he wounded a highway patrolman in Tennessee.]

The Forrestal Heights housing project filled the last of its 71 high-rise apartments.

Robert Musgrove, superintendent of the Beacon school district, said the most likely site for a new high school was a 65-acre tract on North Road across from the Fisherman’s Inn. The district considered an area near the Rombout School, to the left of the entrance gates of the Matteawan State Hospital, but Matteawan said the property was not for sale. A 20-acre parcel the district owned adjoining the Craig House property was not large enough, Musgrove said.

The Beacon school board voted to create girls’ sports at the high school, starting with basketball and volleyball. It also voted to ask the state Education Department for permission to allow girls to compete with boys in “non-body contact sports” such as tennis, skiing, cross-country, track, golf and bowling.

Lionel Frank, a director of the Beacon Chamber of Commerce, said a “sensible compromise” was being pursued on the fate of the Van Wyck house near Interstate 84. Frank said the Chamber felt the home should be moved away from the freeway but members of the Fishkill Historical Society wanted it to remain. 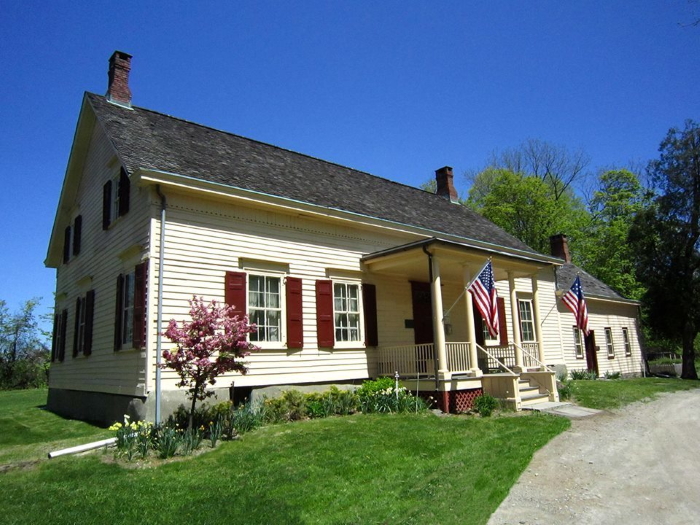 The City Council approved the construction by the Beacon Urban Renewal Agency of a 123-unit low- and moderate-income housing development at South and Davies avenues. The proposed rents were $102.90 to $157.02 per month.

Planners said as many as 200 homes and 60 businesses could be displaced by a north-south arterial highway being proposed to run from the Newburgh-Beacon Bridge to Dutchess Junction. The Poughkeepsie Journal noted that conservative residents such as H. Mortimer Brockway and liberals such as Pete Seeger joined forces to oppose the plan. “If a cyclone wiped out 200 homes, it would be called a disaster,” Seeger said. “Now we’re asked to call it progress.”