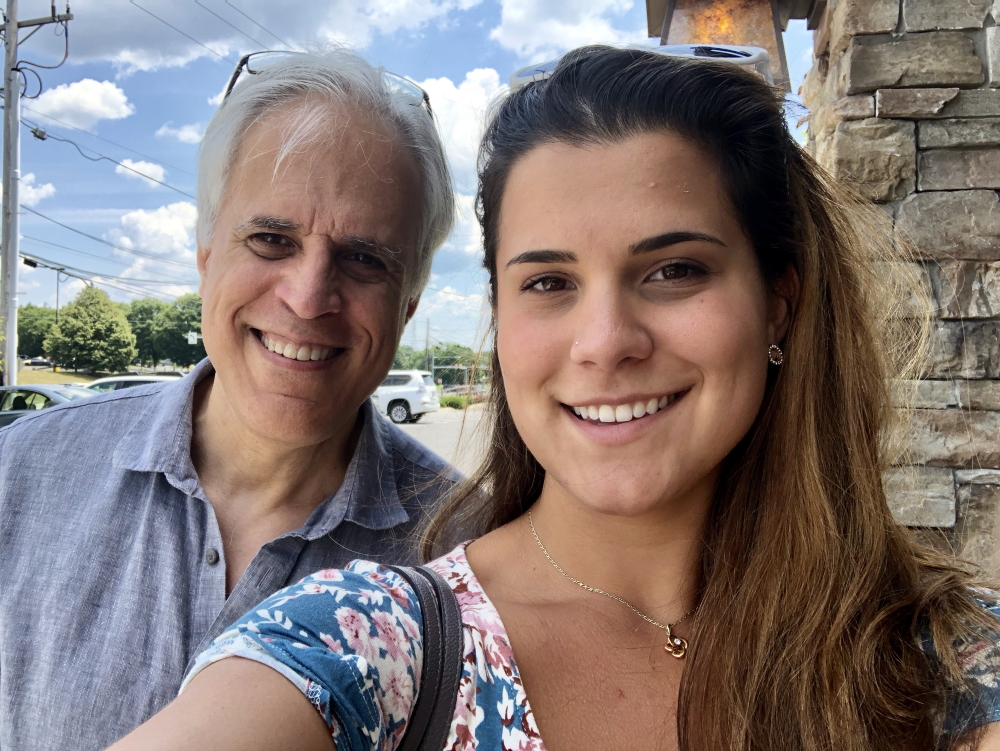 “Took me a few months on and off to lay down all 43 tracks.”

This is noted by Jim Mechalakos in the YouTube description of his cover of “Roundabout” by Yes. And, yes, it is true: “Roundabout” is one of 112 videos (and counting) the Cold Spring resident has recorded from his home and posted on his channel, FridayNightLullaby, which has more than 4,300 subscribers.

In many of the videos, he partners with his daughter, Mary, whose full-throttle vocals drive home covers of songs like the Rolling Stones’ “Gimme Shelter” and Heart’s “Crazy on You.”

The duo performed together last year at the Beacon Hotel Restaurant and Lounge and will return for a three-hour encore that begins at 7 p.m. on Saturday (Nov. 21). Damian McDonald of Cold Spring handles the tech.

The set list is classic rock — and a few selected by Mary, 27, who works as a graphic designer and freelance illustrator and tends bar at the Beacon Hotel on weekends. “My dad doesn’t listen to anything but that,” she says. “For our gigs he tends to pick most of the songs. I throw in a few contemporary songs, to appeal to my generation.”

The songs also tend to be suited to Mary’s vocal range. “They’re written for a lower female voice, which is less common nowadays,” she explains. “As you practice them, you get into them more.”

Jim reels off a list of well-known women singers of the era: Grace Slick, Janis Joplin, Heart. “I took Mary to see [Heart vocalist] Ann Wilson and I was shocked that she even wanted to go. Not too long after that we tried out ‘Crazy on You.’ It took a lot of work. She really worked on the sound; it represented a big jump for her. Also, Mary’s solo in ‘Gimme Shelter’ shook me — I was like, ‘Wow, she’s got the bluesy thing and can also belt out the high notes.’ ”

Mechalakos is not a professional musician — he has a doctorate in high-energy physics from Columbia University and is a medical physicist at a Manhattan cancer center. Still, the dream was there.

“My mother made me take piano from the age of 4,” he recalls. “My Russian teacher gave me an ear. He’d say, ‘Turn around, don’t look,’ and played something and asked, ‘What was that?’ That training was important. I was in the high school choir. I have a natural singing voice, but I didn’t start studying voice until I was in grad school, which is where I met my wife, Martha [a professional opera singer]. I did some music things here and there around that time, but work took over.” 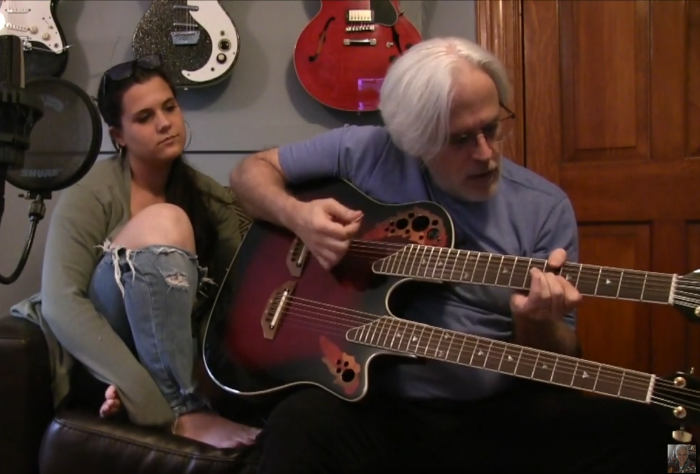 Mary and Jim Mechalakos performing a cover of “Substitute,” by The Who

When recording a song, Mechalakos sometimes tinkers. “There are certain songs I feel can’t be any better,” he says. “I feel like one of those guys who likes to take cars apart and put them back together. With others, I want to do a version of my own. For instance, I took the Crosby, Stills and Nash song ‘Southern Cross’ and did it more like a sea shanty. With certain songs, like ‘Bus Stop’ by The Hollies, I feel I have the liberty to make them mine.”

Like most bands, Jim and Mary admit to bickering. “She’s stubborn and there are times she just will not do something until she’s ‘feeling it,’ which can drive me crazy,” Jim says. “Mary has a good sense when she hears something isn’t working, and I tend to agree with her. Right now we’re working on Madonna’s ‘Ray of Light.’ Mary’s like, ‘Take that bass part out’ — and she’s right.”

“I try to explain myself carefully,” Mary adds. “I don’t want to overstep, but I have an ear to direct him where it would work. We tend to be perfectionists. Sometimes he’ll say: ‘Mary, stop.’ ”

The Beacon Hotel is located at 424 Main St. Reservations are required because a limited number of people will be allowed in the space. Masks must be worn except when eating.