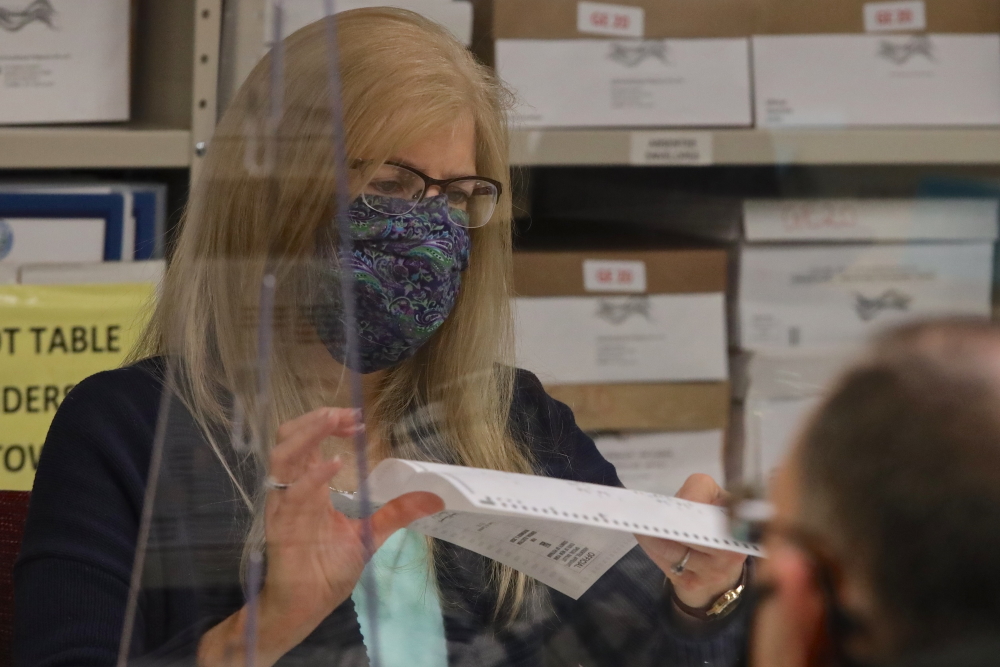 Susan Prazenka, an official with the Putnam Board of Elections, processes an absentee ballot on Wednesday (Nov. 18) in Carmel. Putnam has completed its tally of more than 11,000 mail-in votes. (Photo by Ross Corsair)

Dutchess and Putnam county election officials said this week they had completed the unofficial tally of absentee ballots from the general election, with a Nov. 28 deadline to certify the local results.

Election officials were also processing about 1,800 “affidavit ballots” in Dutchess and 424 in Putnam; these are used when a person cannot immediately be verified as eligible to vote, such as because he or she went to the wrong polling place.

Mail-in and affidavit ballots were expected to be a factor in only one Highlands race, for Dutchess County judge. Republican incumbent Peter Forman was leading challenger Jessica Segal on Election Day by 8,299 votes but saw that advantage slowly disappear as absentee ballots were counted. 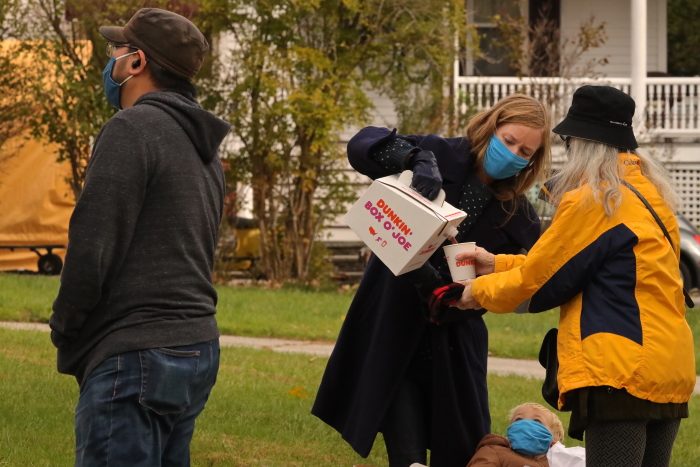 A neighbor and her 2-year-old son shared coffee and hot chocolate with voters waiting in line on Nov. 3 at the Methodist Church in Cold Spring. (Photo by Ross Corsair)

The turnout of registered voters in Dutchess was 78 percent, compared to 69 percent for the 2016 presidential election.

Election officials said on Thursday (Nov. 19) they had only a few absentee ballots from Southeast left to tally. The turnout was 80 percent, compared to 71 percent for the 2016 election. 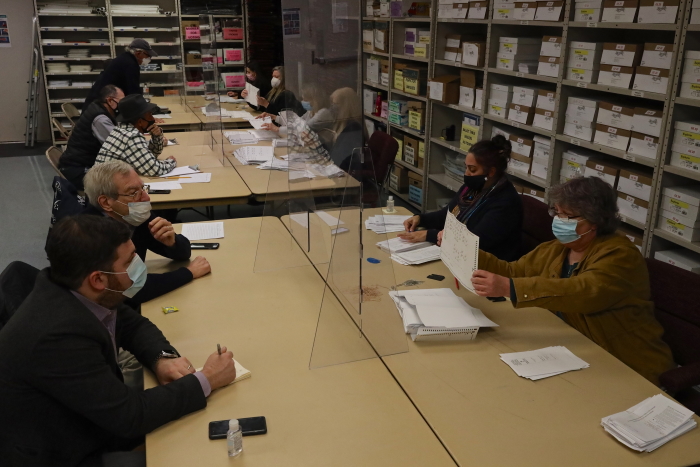 With absentees, Biden cut into Trump’s lead by 4,465 votes (although the president still won with 54 percent); Maloney added 4,497 votes to his lead over Farley; and Smythe cut Serino’s lead by 1,547 votes.

■ Kenya Gadsden, a former member of the Beacon school board and candidate for Dutchess County clerk, won a tight race to keep her seat on the Fishkill Town Board against Republican challenger Kevin McCarthy. McCarthy led after in-person voting with 55 percent of the vote but Gadsden overtook him in the absentee count and won by 101 votes of about 12,000 cast. Gadsden, a Democrat, was appointed to the board in January to fill a vacancy.

■ Only two of the state’s six minor parties appear to have retained their ballot lines for the 2022 election. Before this year, parties needed to receive 50,000 votes in the gubernatorial race every four years to remain on the ballot, but the state Legislature changed that requirement to 130,000 or 2 percent of the votes (whichever is higher) every two years in the races for governor and president. Only the Working Families Party, whose presidential candidate was Biden, and the Conservative Party, which had Trump on its line, survived. The Libertarian, Green and Independence parties, which each ran their own candidates, did not receive enough votes, and the Serve America Movement (SAM) did not have a presidential candidate.

One thought on “Local Election Update”