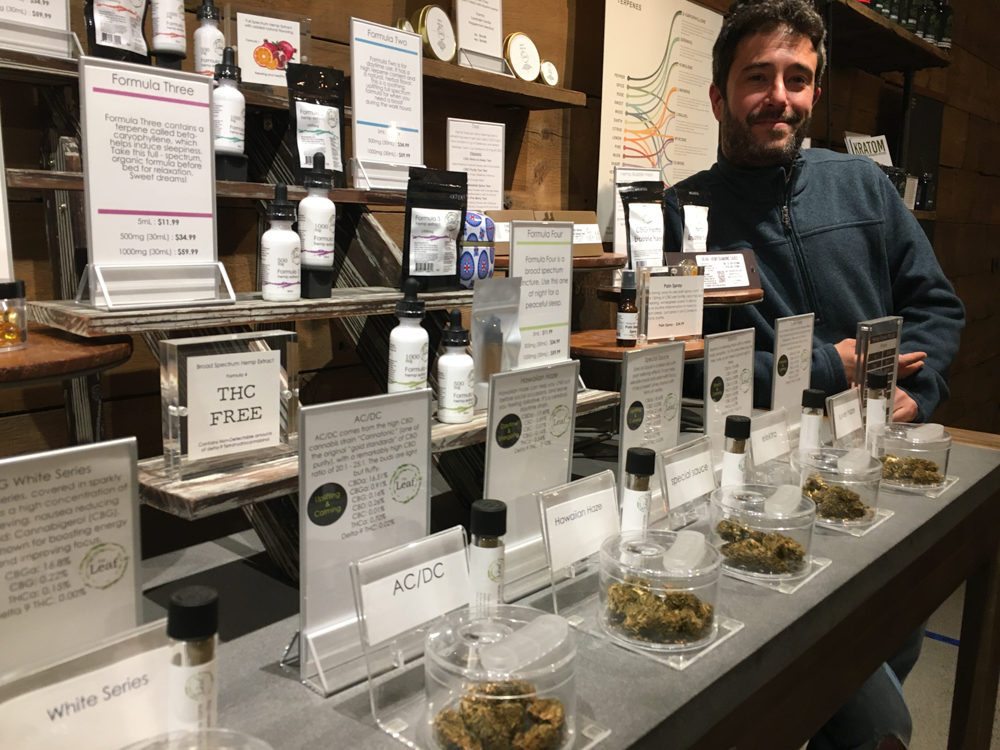 Grant McCabe, the owner of The Leaf in Beacon, with some of his hemp products (Photo by L. Sparks)

The array of products Grant McCabe creates using oil extracted from hemp he grows on a Marlboro farm to sell in his Beacon shop, The Leaf, could soon have an imprimatur: New York-certified.

Last month, the state Department of Health unveiled proposed regulations governing how the plant is processed to extract cannabidiol oil (CBD) and other cannabinoid substances from its leaves and flowers. The proposals would set standards for products sold by retailers, including food and drinks.

But the regulations also would ban the sale of the smokable flower, or bud, of the plant, which retailers say is where they make most of their profits.

Although it’s part of the cannabis family, hemp is low in THC, the psychoactive ingredient in marijuana that produces its high. Demand has soared for products containing its substances, especially CBD, which marketers claim can alleviate a range of health problems, such as anxiety, post-traumatic stress disorder and pain.

That industry has exploded. According to the state, New York growers cultivated 30 acres of hemp in 2016 — and more than 20,000 last year. 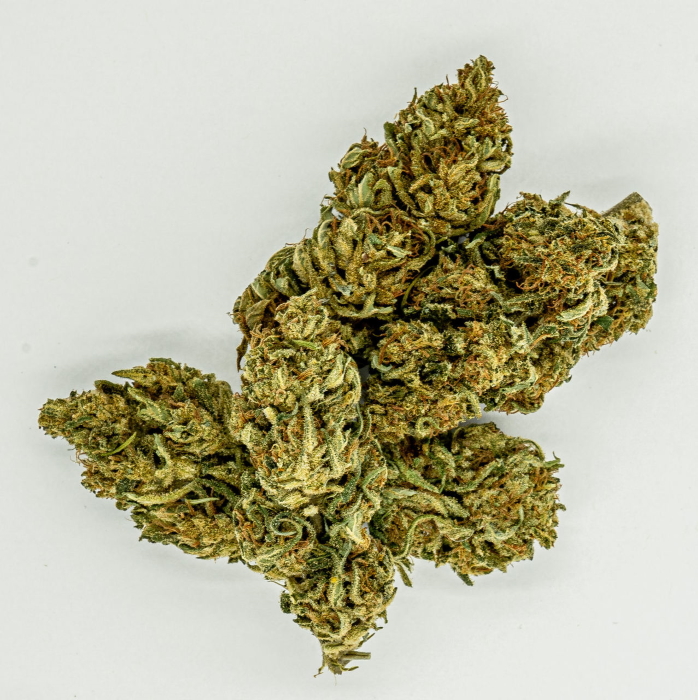 The Leaf sells this “Hawaiian Haze” variety of the hemp flower for $7.99 per gram.

Jack Schinella, who grows and processes hemp in Wappingers Falls, is one of about 700 farmers participating in a state pilot program authorized by the 2014 federal farm bill. The farm bill passed in 2018 made revisions, such as removing hemp with up to 0.3 percent THC from the federal list of controlled substances.

Schinella — who also runs a program called Hemp 4 Heroes that provides hemp to veterans who are recovering opioid addicts and/or suffering from post-traumatic stress disorder — and McCabe said that selling the flowers to consumers is more profitable than selling the flowers and leaves to processors to extract the CBD.

In addition, Schinella said, the price of industrial hemp fell last year because the 2018 decriminalization of hemp triggered a rush of speculators. New York’s proposal to prohibit the sales of buds will be a “death blow” to many “boutique” farmers, he said. “Without smokable flower, we will not survive,” he predicted.

The federal government does not regulate the processing and manufacture of hemp products, resulting in a “marketplace lacking basic consumer protections,” the state said in announcing the proposed regulations on Oct. 28. “There are published reports of cannabinoid hemp products that do not contain any cannabinoids but contain unspecified or inconsistent levels of THC or are contaminated with harmful toxins,” according to the state.

If approved, the regulations would establish a Cannabinoid Hemp Program under which processors would have to pay $4,500 and manufacturers $2,000 for two-year licenses, and retailers $300 per location for a one-year license.

The regulations would also require that products be tested by an accredited laboratory, and prohibit hemp products containing tobacco or alcohol and products that can be injected or in the form of an inhaler, suppository or skin patch. The amount of cannabinoids in drinks and food would be limited to 25 milligrams per product and items would have to be labeled with the amount of those substances and THC.

While a ban on flowers would cost growers, McCabe predicted the regulations will push phony products off the market and legitimize those made in New York. “I’m stoked,” he said. “The market is going to change a lot, but for the good.”

One thought on “Can the Hemp Business Survive?”