There’s something to the notion of holiday-season romance in Cold Spring, with St. Mary’s Episcopal Church crowning Main Street, overnight snowfalls, candles flickering in the restaurants — all thoughts of slushy sidewalks, frozen fingertips and ever-earlier darkness be banished. 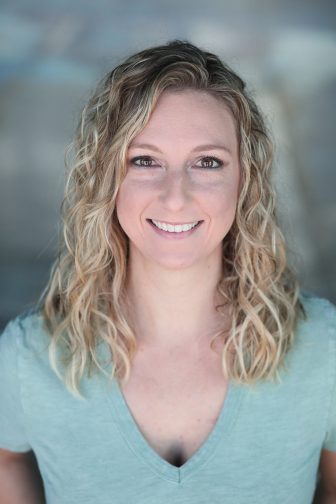 “It’s magical,” says Courtney Giardina, a writer of romances. Her sixth self-published book, For the Love of Gingerbread, which was released on Wednesday (Nov. 18), is set in the village.

Giardina said she chose Cold Spring because “I wanted a small, quaint town where everybody knows everyone. My heroine works in New York City in fashion, and she’s coming home for Christmas. She comes out of the train station and walks from the waterfront, past the flower shop, the pizza shop and the hardware store.”

It’s been three years since Addie Pine set foot in Cold Spring, and a lot has changed. Her family’s bed-and-breakfast is unrecognizable, and her favorite coffee shop has a new baker named Drew. While Drew’s good looks and charm are almost as delectable as his gingerbread cookies, it’s the news he delivers that sends Addie reeling.”

~ From a summary on Amazon of For the Love of Gingerbread

Giardina, a Rochester native who lives in Charlotte, North Carolina, visited Cold Spring for the first time in 2006 during her final semester at Marist College, when she had an internship at Red Parlor Records, which later relocated to Connecticut.

From an early age, she says she has “always had a knack for writing stories” and attempted many novels that were left unfinished. With support from a women’s group in Charlotte, she wrote her first novel “based on real emotions. I was in the middle of a divorce, journaling, putting things out there, and I got lots of Facebook messages saying how inspiring that was. This led me to consider whether I could turn this into something to help other women facing the difficult decision of holding on or letting go.” 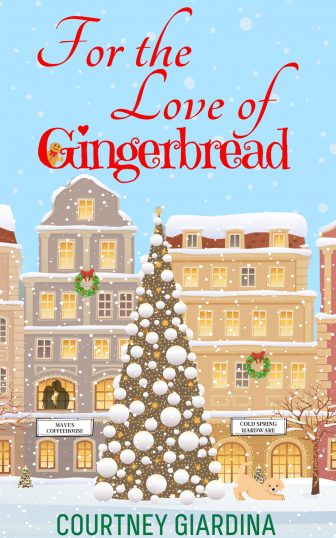 The cover of Giardina’s new book, which is set in Cold Spring

Giardina’s second novel was a romance, followed by Holding on to Georgia, Behind the Strings and Slow Dancing on Main Street. Her next title is Falling in London. To promote them in a crowded marketplace, Giardina hosts a weekly YouTube show, Coffee with Court, blogs and offers giveaways.

“This year I focused a lot on building my newsletter,” she says. “I advertise on social media, create Instagram stories and started a Facebook group for fans of my books.”

There’s no shortage of readers during the pandemic shutdown, she says. “With romance books now, there has to be a light at the end of the tunnel. All of my books have a happily-ever-after, to escape from everyday reality.”

Giardina’s romances are available at courtneygiardina.com or Amazon.com in paperback or for the Kindle reader.

2 thoughts on “A Cold Spring Romance”