“The boys’ team out-performed any boys’ team I’ve had so far,” said Coach Tom Locascio. “They outdid themselves.” 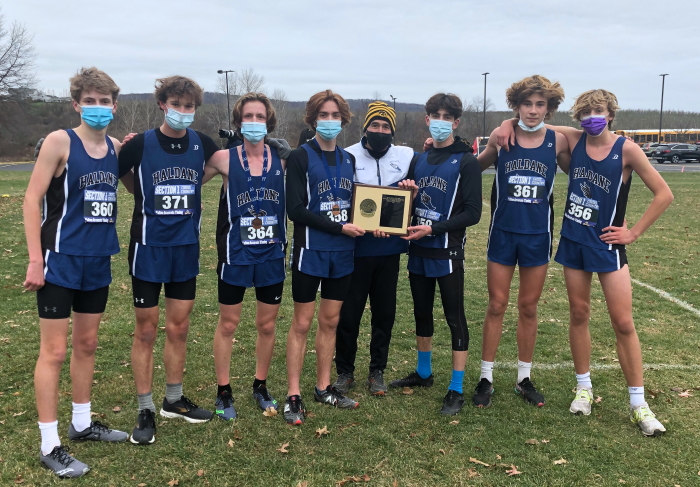 The boys’ team with its trophy

The girls’ team “had underachieved a bit because of a series of injuries,” Locascio said. “But as the season went on, they built confidence.”

The teams will lose five seniors to graduation, including its best runners, Campanile, Hoess and Ferri. “They’ll be tough to replace,” Locascio said. 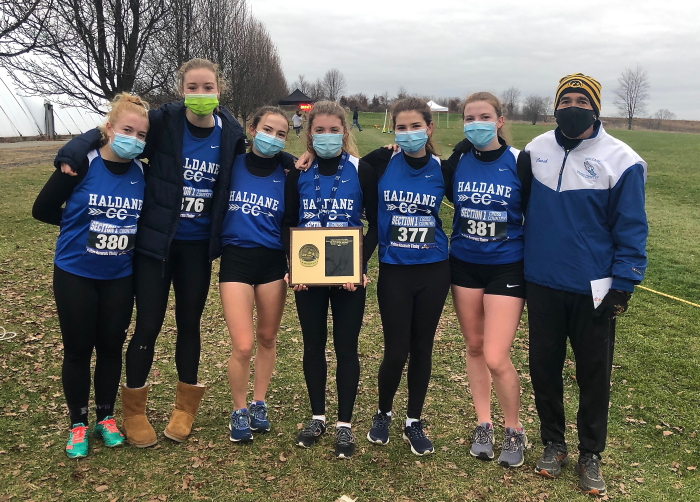 The girls’ team with its trophy

Locascio, who retired last year as a Haldane teacher and commuted from Albany to coach the team, said this may be his last season after 14 years — although he said that last year, as well, and was convinced by the runners to stay.

“When I started as coach, there was talk of the team folding,” he recalled. “Early on, I discovered some runners were going for pizza or doing other things when they were supposed to be training. So from the second season on, I ran with them, and now I’m a marathoner and a 5K runner. I’m happier and healthier. I’ve benefited as much as the kids.”