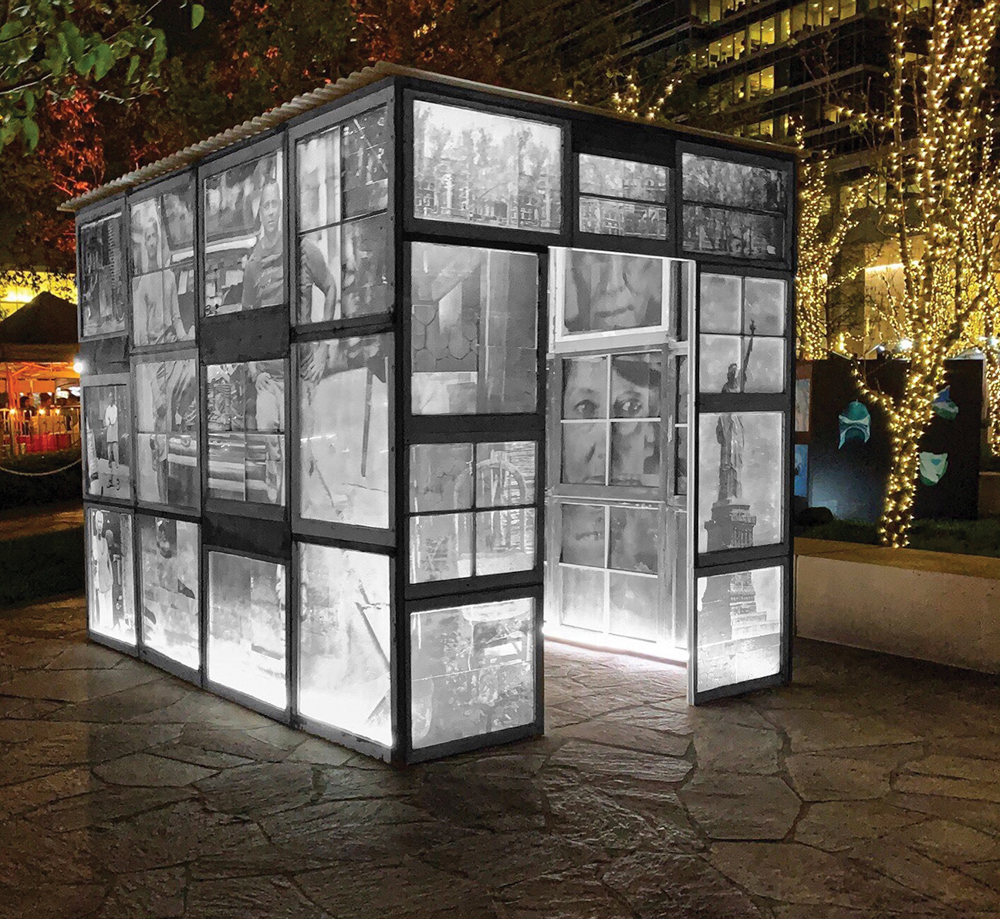 At a time when immigration is a national focus, photographer Jill Enfield’s exhibit, Glasshouse of New Americans, invites viewers to recognize in recent immigrants the spirit of those who arrived on our shores a century or more ago.

The show opens at the Garrison Art Center on Saturday (Dec. 5), with an outdoor reception from 5 to 7 p.m., weather permitting and with COVID-19 restrictions in place.

There is a glass house at its core, although it wasn’t part of Enfield’s conception of the project. Instead, she had assembled an exhibit of portraits made using wet plate collodion, the same process used to take photos of newcomers to the U.S. in the late 1800s and early 1900s. Its steps include cutting a plate and coating it with syrupy collodion.

Enfield was invited to mount a display of her images — designed as a tribute to the “bravery and enduring inner strength” of her subjects, and also to “the significant contributions they have made toward the enrichment of American culture” — at Ellis Island but it was delayed by Hurricane Sandy.

In the meantime, the photographer moved from New York City to Newburgh.

“I saw old windows being thrown out all over the Hudson Valley, and I began collecting them, wondering what I would wind up doing with them,” she recalls. “It just came to me: construct a glass house to display the images in, and install it at Ellis Island. Two other photographers helped me figure out how to break up the images and put them on the windows correctly — it was a group project.” 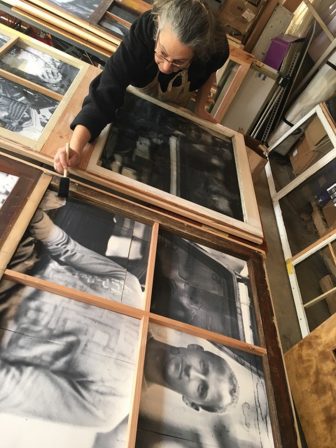 When her Ellis Island show was rescheduled, it included not only her photos but the glass house. It has since been installed in Brooklyn and at the Annenberg Center for Photography in Los Angeles, Saunders Farm in Garrison, Newburgh Open Studios and, now at the Garrison Art Center.

Enfield is a first-generation American, the daughter of a Nazi escapee, whose family wound up opening a Miami camera store — “we always had cameras and the latest electronics in our house,” she recalls.

A challenge of using the antique process is that it requires a long exposure during which the subject must freeze — hence the hard-eyed stares of portraits from an earlier time. “It’s hard to hold a normal smile for 45 seconds,” Enfield notes. She said that images from a century ago tended to “render the subject almost invisible”; she hopes with her contemporary shots to create a connection “through looking into the eyes of the subject, rather than just seeing somebody staring back.” 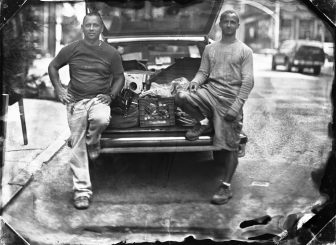 There was no shortage of willing subjects. “I was living in New York City and most of my neighbors and friends were immigrants,” she says. “When you start taking pictures like that, someone will say, ‘A friend of mine is from Peru,’ and so on. I shot more than 100 people. At first I took the photos in my apartment, but after a while I would meet people at their places of work: restaurant owners, plumbers.”

The house has 45 windows and transporting it has its logistical challenges. “When we took it to Ellis Island, we put it on the back of a truck with pillows in between,” she says. “We had a crate built to truck it to L.A. At Saunders Farm, we put a fence around it — which reminded me of the internment camps — but the cows still got in and destroyed five windows. I consoled myself by knowing that over a three-year period, that story of immigrants had traveled the country, disassembled, reassembled. I thought its life was over.” 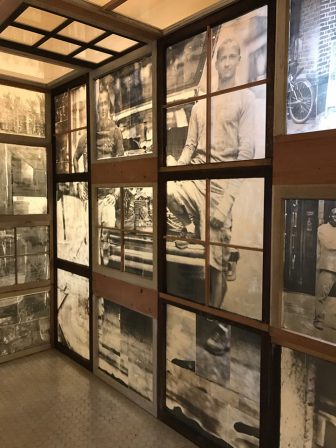 Inside the Glass House

At the Garrison Art Center, Katie Schmidt Feder and Barbara Smith Gioia “had their hearts quite set on showcasing it,” Enfield says. “I gave them the unfortunate news.” The installation was restored with help from the art center and James Murray, a sculptor, who visited Enfield’s studio.

Enfield was overjoyed. “It’s so important to keep remembering these things,” she says of the immigrant experience. “I keep thinking that it’s going to go out of importance; instead it just keeps getting more important, depressing and gratifying at the same time. It’s always been like that.

“People who live in glass houses shouldn’t throw stones,” she says. “Everyone is an immigrant. If somebody looks different, or has an accent, when you walk into the glass house, you’re the one being stared at. It is this understanding and awareness of heritage and personal history that is key to a more empathetic and compassionate future.”

The Garrison Art Center is located at 23 Garrison’s Landing. Glasshouse of New Americans will be on display Tuesdays through Sundays from 10 a.m. to 5 p.m. through Jan. 3, except on holidays.