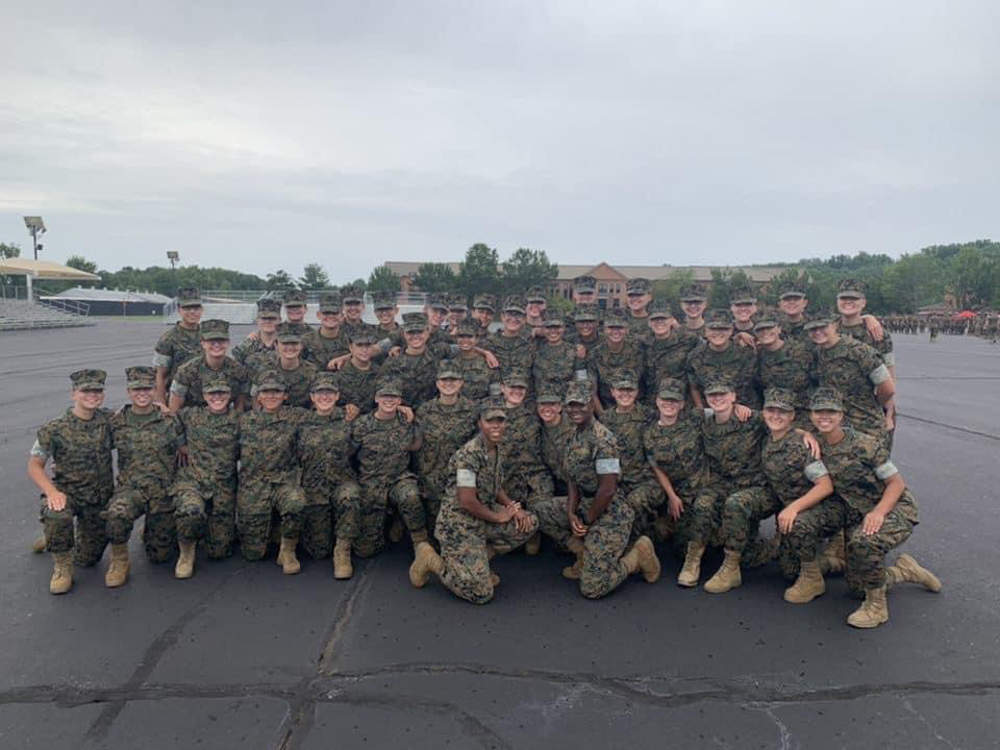 Tanya Needham of Cold Spring is 5’2” and weighs 125 pounds. Those aren’t likely the first vitals that spring to mind when you think, “U.S. Marines’ officer corps,” but that’s where she is headed.

In July and August, the 20-year-old attended a grueling 10-week program at the U.S. Marine Corps Officer Candidate School at Quantico, Virginia. (She weighed 115 when she arrived and added 10 pounds of muscle.) She is now eligible to join the Marines as a 2nd lieutenant.

Marine Corps officers must have a four-year college degree and Needham is on schedule to graduate from the University of Massachusetts Amherst in May with a double major in kinesiology and psychology.

If she accepts a commission, she hopes her fluency in Russian might lead to working in military intelligence, or she said she would be interested in recently created positions dealing with kinesiology, physical activity and nutrition training.

Choosing the Marines would mean returning to Quantico for six months of basic training.

Women make up about 8 percent of the Marine Corps, and “the female instructors were the hardest and scariest,” Needham said. “They worked us harder than any [male] platoon. They did it to prove that we are just as capable.” She said male instructors would sometimes “say things under their breath when we did things ‘better than expected.’ ”

Needham, who attended Haldane elementary and middle schools before graduating from NYC iSchool in 2017, credits her dad, former Air Force pilot Dan Needham, with her interest in serving her country. 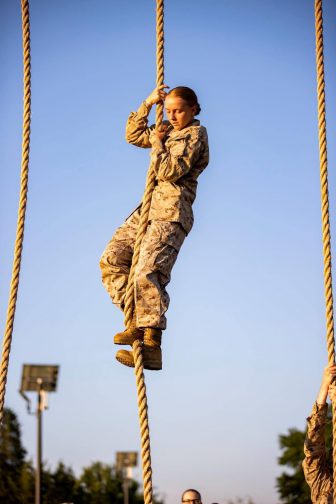 Two years ago, while attending an air show with her father, she spoke with a Marine recruiter and last summer joined 65 other candidates at Quantico as part of Alpha Company’s all-female 1st Platoon. Nearly 40 percent of the class did not complete the training, which included physical, academic and leadership training.

“It was very demanding, especially for a fairly small person,” Needham said.

She said the obstacle and combat courses were difficult but it was the 9-mile “rucks,” or hikes, while carrying an 80-pound pack that nearly broke her.  “It was a brutal environment with that much weight, the exhaustion and humidity,” Needham said. She sprained her ankle badly on the first hike, took a day of rest and then continued training — only learning she had torn ligaments after she returned to Cold Spring.

The biggest mental challenge was the lack of sleep, she said, “and the yelling!” Needham said the instructors’ screaming “became just noise toward the end, except when you really did something wrong.”

Even meals provided no relief. “We had five to seven minutes to finish a full plate of food, while still getting screamed at,” she said.

Needham also was isolated, with no mail or phone calls from home even on the tough days when she felt discouraged. Whatever path she takes, she said the experience was worth the effort and pain. “I learned so much about myself,” she said, adding that she made lifelong friends and improved her mental toughness and work ethic.

After completing the training, Needham rewarded herself with a cup of coffee. “That was something I had craved the entire time!” she said. “I had it with a burger and a cold beer.”