Seven other players honored from title-winner 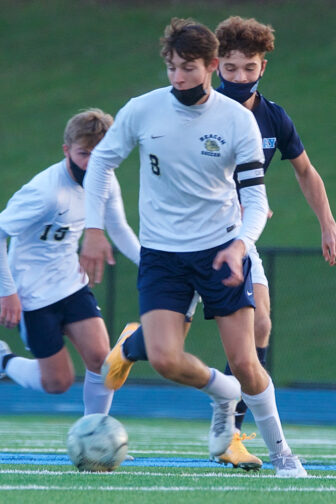 Banks, who led the Bulldogs with 14 goals in 12 games, was also named league MVP. Besides Beacon, the league includes Hendrick Hudson, Lourdes, Peekskill and Poughkeepsie.

The selections are made by Section 1 coaches.

Coach Craig Seaman, who was named the league’s coach of the year, watched his team elevate its play during an unusual season. He said Banks “had a brilliant senior campaign,” and that Kelly and Lucas “anchored an exceptional defense” that allowed only seven goals. Kelly also scored five goals.

Seaman called his selection as coach of the year “a reflection of our team having a successful season. Coaching is a whole lot easier when you have talented, hard-working, coachable student-athletes.”