Last March, at the urging of county legislators, the Putnam County Sheriff’s Department revised its policy on the use and storage of data collected by license-plate readers.

Among the changes: Data can only be saved for three years, rather than six. Details were also added about when data can be shared and what happens if the policy is violated.

Soon after, the Legislature approved the transfer of $13,999 to the Cold Spring Police Department so it could buy license-plate readers (LPRs), contingent on the CSPD adopting the sheriff’s policy. The stipulation brought no objections from Larry Burke, Cold Spring’s officer-in-charge, who described the policy as a good one.

Case closed, it seems. Or maybe not — for the county.

A new debate ensued on Tuesday (Dec. 8) during the county Legislature’s Protective Services Committee meeting over a move by County Executive MaryEllen Odell to replace the LPR policy with one of her own. It would require the sheriff to conduct quarterly audits covering the number of plates scanned, LPRs operated, images stored, and similar details.

Odell also wants annual, public reports to the county Legislature, as well as to give the county information technology director access to the records and the power to conduct “auditing when required.” 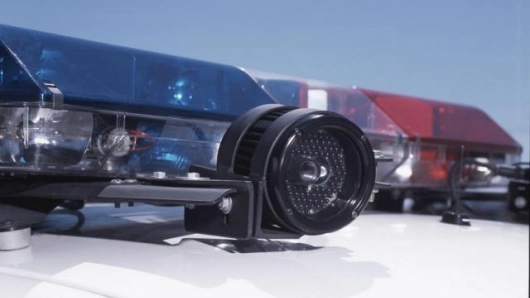 A license-plate reader on a police car in Minnesota. (VCN Capital News Service)

At the meeting, Legislator Nancy Montgomery, who represents Philipstown, warned that Odell’s changes could allow LPR data to be scooped up by commercial companies.

In a Nov. 5 memo to Odell, Legislator Paul Jonke of Southeast, who chairs the Protective Services Committee, had questioned the need for a new policy “given that the Sheriff’s Department already has its own LPR policy, revised at the request of the Legislature” seven months earlier.

Odell responded that the April resolution did not specifically state “that the Legislature adopted [it] on behalf of the county” and she wanted a policy “across county government” as opposed to one adopted by a single department.

Her version would “help to protect the integrity of the Sheriff’s Department as well as the privacy of our residents by helping to prevent a data breach and potential exposure to liability,” she wrote.

Like the Sheriff’s Department policy, Odell’s proposal recommends that LPRs be used mostly in major crime incidents, such as homicides and shootings. Both also note that law enforcement agencies may deploy them for tracking stolen vehicles, finding missing persons, conducting surveillance and locating suspects.

During the Tuesday meeting, Sheriff Robert Langley Jr. said that none of the New York counties that responded to a survey about LPR policies said they had one that extended across county government. Referring to Odell’s description of LPRs as sources of intrusion and high risk, he asked: “Where is that coming from? Do you not trust me as sheriff to ensure the data is protected?”

He called granting access to LPR records to employees outside the Sheriff’s Department “a security risk” and Odell’s drafting of a new policy “an overreach of authority” that raises legal questions.

Legislator Neal Sullivan of Carmel-Mahopac, a member of the Protective Services Committee, responded that he found it “scary” that no other county had a comprehensive LPR policy.

“There’s a lot of concerns around LPRs and we’re addressing that,” he said. In Putnam, “we’ve always been leaders, whether it comes to Second Amendment rights” or “protecting the privacy of our residents.”

Montgomery said those guidelines are intended for offices such as the county clerk, not the police, and that education-related rules could provide loopholes for commercial use of the data. She said it would be “reckless” to proceed without further consideration.

Legislator Carl Albano of Carmel said the Legislature should avoid a protracted argument and accept Odell’s policy and revise it later if necessary.

“Critical funding for critical equipment is being held up” and they can proceed with Odell’s version while still pursuing the issues Montgomery raised, Jonke stated.

Before adjourning, the committee also approved transfer of $90,000 in unused county jail money to cover anticipated Sheriff’s Department overtime through Dec. 31. The proposal had been pending since October.