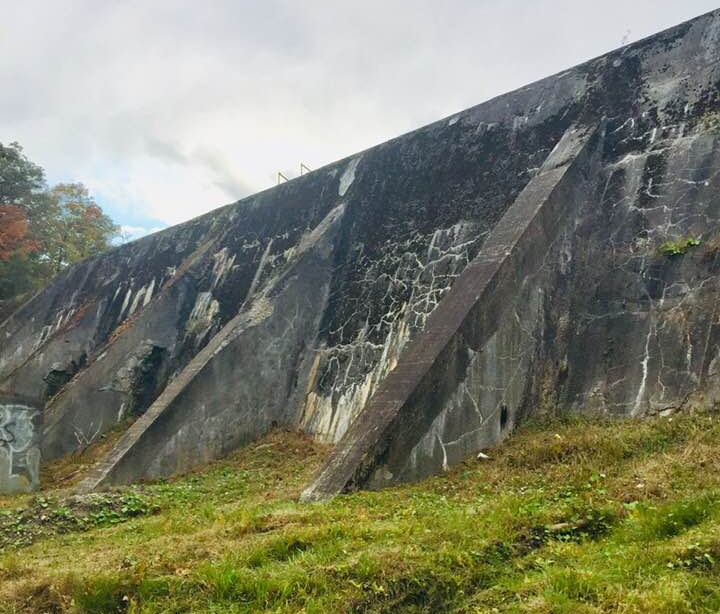 The dam at Beacon’s second-largest reservoir will undergo long-planned repairs as early as next summer to bring the 121-year-old structure’s spillway into compliance with state standards.

The capacity of the dam’s spillway, a channel used to carry controlled releases of water out of the 124-million-gallon reservoir, will be expanded as part of a $2.5 million project, Ed Balicki, the city’s water and wastewater superintendent, said on Tuesday (Dec. 8).

The Mount Beacon Reservoir is part of a municipal water system that includes two other reservoirs, Cargill and Melzingah, and three wells.

The Mount Beacon dam, which is 350 feet long and 35 feet high, is designated as a “high-hazard” structure by the state Department of Environmental Conservation. That is not an indication of its soundness but of its location and the destruction that could be caused if it fails, including loss of life. In this case, a catastrophic failure could send millions of gallons of rushing water toward the city.

Along with enlarging the spillway capacity and repairing “crumbling” and “spalling” in the dam’s body, Balicki said, the repairs will include new piping and some fixes to a pocket reservoir.

The improved spillway will be designed to handle rainfall from a “once-in-a-lifetime” storm, Balicki said. “The storm that we’re building toward is a hugely significant storm — a massive storm.”

State law requires that owners of high-hazard dams submit an annual certification, maintain an Emergency Action Plan and conduct inspections on a “regular schedule,” although they only need to send a report to the state every 10 years, or upon request.

Built in 1889 out of “rubble and masonry,” according to Balicki, the dam has undergone repeated repairs to make it stronger. In 1994, the city had vertical metal rods drilled into the structure.

An inspection by the Dutchess County health department of Beacon’s water system in October did not include the Mount Beacon dam, but the agency noted that an inspection from 2018 found the structure to be “poorly maintained with visible leaks and the concrete surfaces showing widespread decay.”

The work will take place during the summer, when Beacon relies more on its wells, Balicki said. During the winter, the city uses much more water from the reservoirs as they become swollen with snowmelt and precipitation.

One thought on “Mount Beacon Dam to Undergo Repairs”