From 1987 to 1998, Sandy McKelvey of Cold Spring ran a fair-trade importing business from Brazil. She spoke with Alison Rooney. 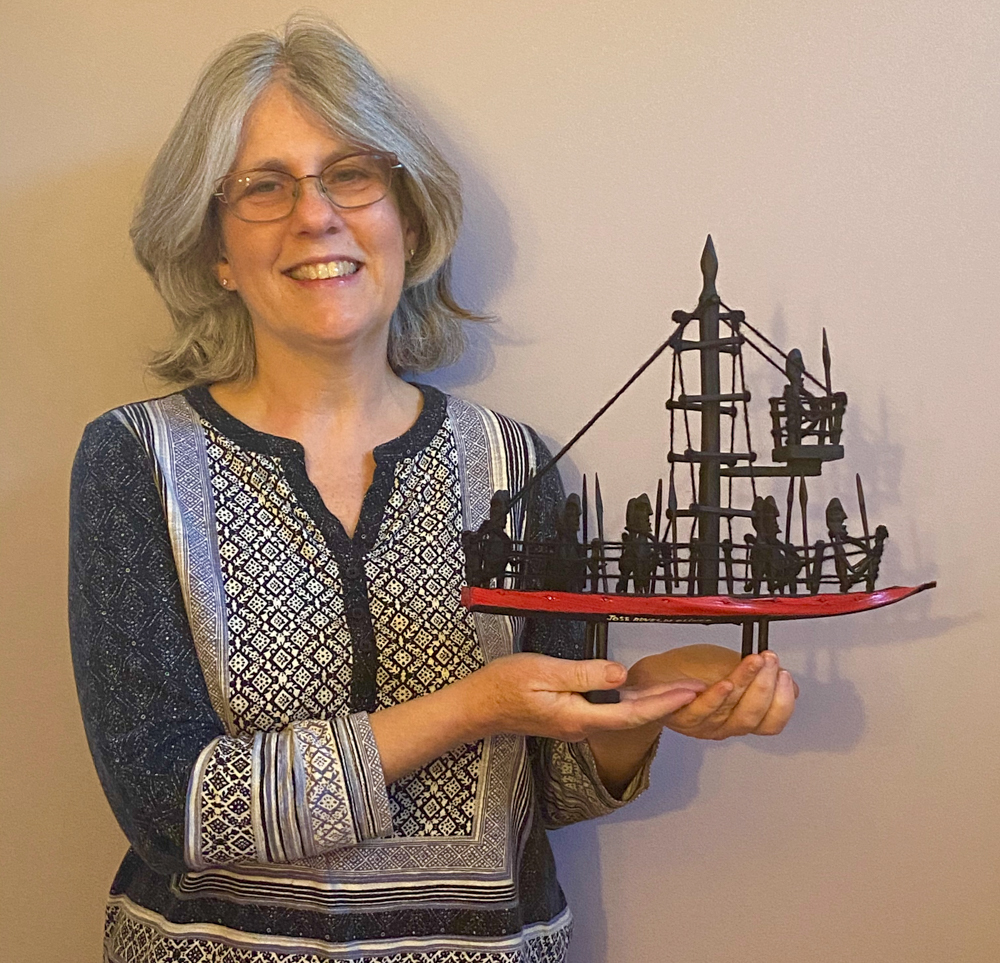 How did a political science major wind up in the far reaches of Brazil?

It was sparked by spending a semester abroad in Salvador Bahia, a region where there is a strong African-origin culture. My major focused on Latin American studies, so it was interesting that we were scheduled to arrive the week of the inauguration of Brazil’s first elected president. But he died just weeks before the inauguration, and the vice president, who was not nearly as charismatic, took office instead. It was a small pilot program, with seven of us. We were young, so we had all the energy in the world. We never slept.

How did crafts enter into this idyll?

I started buying crafts in the marketplace. I had no business experience but I knew what I liked, so I went around and filled up my suitcases. When I returned home to Connecticut, I drove into Manhattan with a carload, parked in front of stores I had looked up in the Yellow Pages, asked for the manager, and showed them what was in my car.

There was a strong interest at the time in ethnic crafts. People from the stores bought them right out of my car. I didn’t even know how to price them, so I made up prices on the spot, like a tag sale. The response was usually, “Do you have more?” so I realized I could go back to Brazil and start a business, which was great, because I hadn’t wanted to leave. That first year, I wound up going back several times. My then-boyfriend and I rented a car and drove up the coast to see what we could find. I was hooked. I think those trips abroad form us as the people we’re going to be.

How did you expand beyond local markets?

In the next town north we found beautiful, fine lace work. I picked up a bunch. When I went back to the U.S. I found a store on Fifth Avenue called Léron. It was not a place you could walk into. It was huge — it took up the whole building — and designed for the mega-wealthy. The owner, this elderly man, told me: “Actually, I’m not interested in what you have here, but I have some antique Belgian lace and I can take photographs. Do you think the people there could make it?”

On my next trip, after being given a tip as to where lacemakers lived, we drove to villages in the backland that had no electricity, and chickens running around. As we drove along, everyone shut their shutters. They were thinking: “Who are these foreigners? They could be dangerous.” Someone gave us directions to a house where there was a matriarch of a large family. There was an almost formal meeting, attended by all the women of her extended family. After I showed her the designs, she said simply, “We can do this.”

I took the results to the man at Léron, who said, “These are good,” and he bought large quantities, though he didn’t like the material and instead gave me bolts of Irish linens to take to Brazil. He bought everything I brought back on future trips. I started getting more savvy, pricing-wise, as I went along.

I just loved all the people I was working with. The women were so kind. We never talked business. We’d sit down at the table, they’d kill and cook a chicken in my honor; they would never eat with me. Sometimes they’d make me a warm cake to take home in the car.

There were times when I traveled solo. I was 23 when I got started. I had waitressed to pay for college. After a year and a half doing this, I was able to stop waitressing because I was earning a living from sales. I was soon bringing back more varieties of handicrafts, including small, painted, clay figurines. There was a huge retail store called Folkloric on 16th Street and the owner there would take everything I had, right out of my trunk. 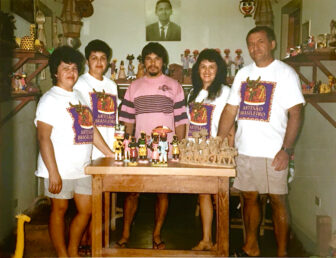 How do you make a living selling only what fits in your car?

Things got much bigger. Little by little it became a legitimate business. I named it Odara, which is from the West African Yoruba language, meaning “good for the body.” I hired an import/export broker to get products out of customs. After storing everything at my mother’s house, I finally rented warehouse space. This, my first real job, wound up being my career for 11 years.

There were two products that made my business possible. One was rain sticks, which were popular in the 1990s. I met someone who made beautiful, unique ones and I wound up selling 1,000 a month. The other was rainforest products. By the early 1990s, rainforest protection was at the forefront of people’s minds. I found these animal figures, molded by artists from balata, a sustainable material similar to rubber. The apex of my business came when the company Seventh Generation put them the cover of their gift catalog. That was what made my company successful.

For a number of years, I supported quite a few artisans who made these figures, and I could see the tangible results: their modest home improvements, other small, positive changes. I was part of the whole fair-trade business model: paying a fair wage, working with the artists, seeing that this was improving their lives. 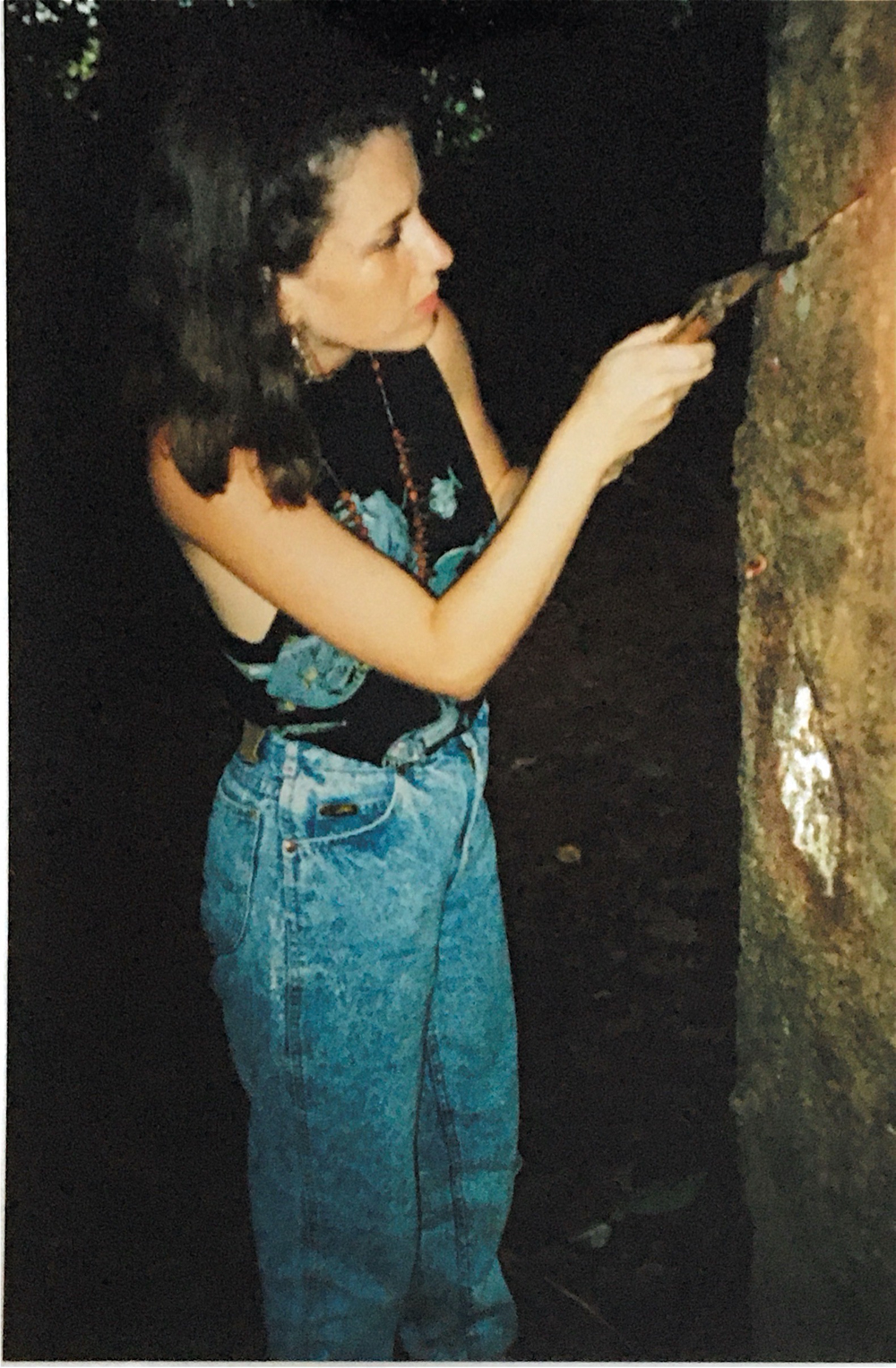 Did you ever tire of this adventurous life?

The business was a lot of hard work, but the payoff was getting to see places that no tourist ever set foot in. I traveled alone to a remote village on the western side of the Amazon, figuring maybe I could meet the rubber-tappers in a collective there, and work with them on producing real rubber bouncy balls. They drove me in a 4×4 on what couldn’t be called a road to this remote place, and took me through the trails to where they tapped the trees. They gave me a machete to make an incision and a bucket to collect the liquid. They showed me how they gathered the Brazil nuts used in Ben & Jerry’s Rainforest Crunch ice cream. It was amazing that I got to see all these things. That night I was served armadillo for dinner, along with toucan. I couldn’t eat it.

What made you give it all up?
Economics. China started to produce lace similar to Brazilian lace, but way cheaper. The whole Save the Rainforest craze died out; it’s sad, but nobody was excited about it anymore. Also, places like Pottery Barn started making functional crafts, which I wasn’t successful at importing. I started to get burned out because I’d been traveling for 11 years, the last few by myself.

I was in my mid-30s by then, and thinking maybe I wanted to try something else. What I wanted to do was to finally live in New York City, have a little apartment and have fun. And I did. In fact, the day I moved in, I went to a Central Park SummerStage Concert of Brazilian music and met my future husband, Aaron [Freimark], who was there with a friend.

McKelvey will be holding pay-what-you-wish yard sales at her Whitehill Place home on Sunday, Dec. 13, and Sunday, Dec. 20, from 10 a.m. to 2 p.m., to sell her surplus crafts (particularly Christmas ornaments). All proceeds will be donated to Raices, a nonprofit that provides free and low-cost legal services to immigrant children. Look for a sign on Route 9D north of Haldane.